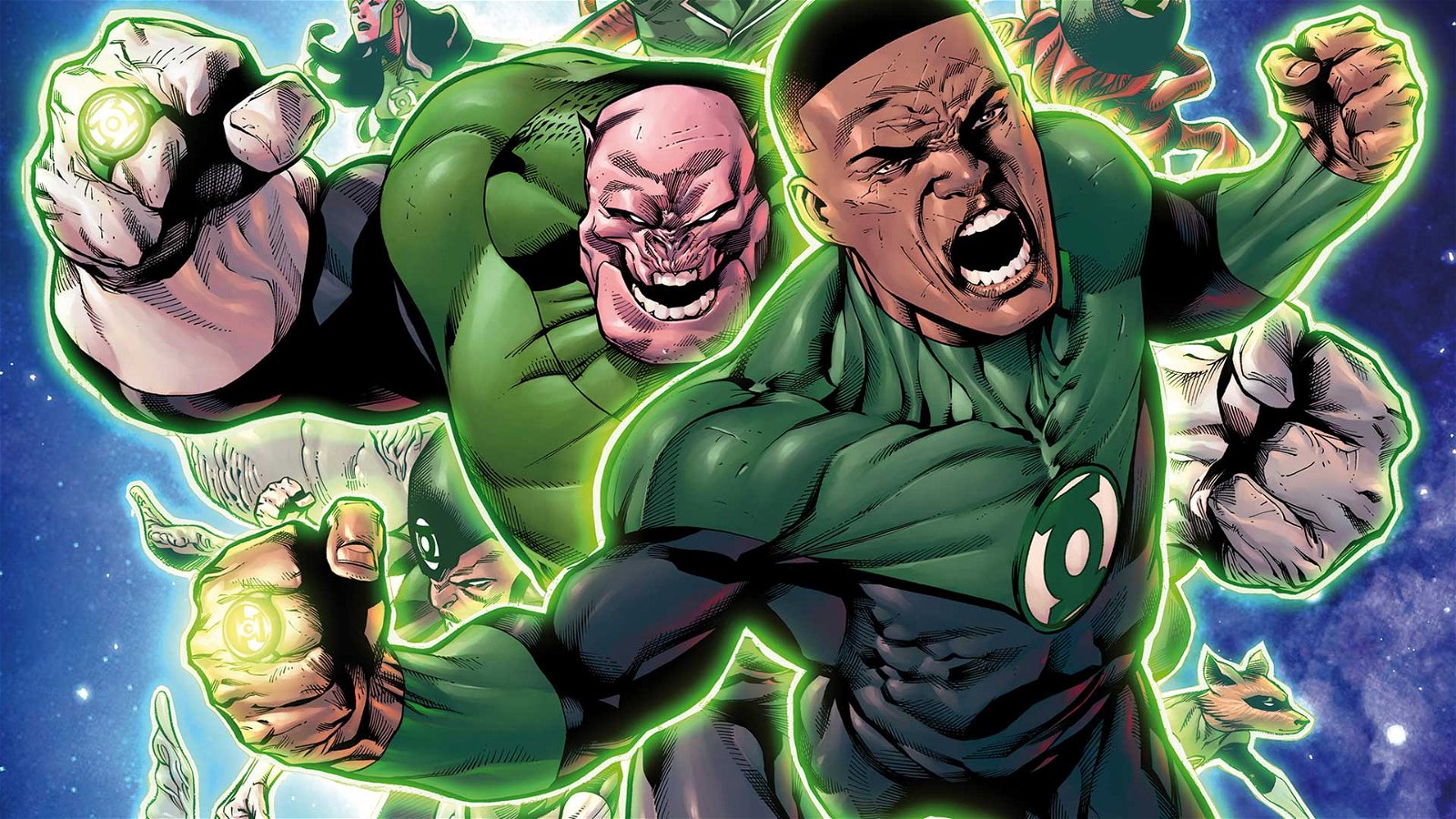 This seven part series finds a withered and old Sinestro looking out on his new Empire. He has won, vanquishing all the Green Lanterns—or so he thinks. Little does Sinestro know that the ultimate Green Lantern, Hal Jordan, has a flicker of green light still left in him and will give his all to end Sinestro’s rule. Sinestro, to wield ultimate power, consumes the yellow power of the Parallax, and not only becomes young again, but more powerful than he’s ever been. It sets up the ultimate showdown. To the victor go the spoils, which in this case is the entire universe.

Sinestro’s Law is all that a comic series should be. The action is fantastic, the drama is captivating, and the artwork is terrific. Writer Robert Venditti does a superior job weaving action with tension, giving readers a spectacular series. The setting—outer space—helps immensely. We are transported to different worlds, seeing strange and unusual creatures. The visuals are never boring, but this is mostly due to the story being so compelling. Some longer comic series can wane as they head toward the conclusion (heck, some five part series can falter midway) but not Sinestro’s Law. This series is serious business from the first page to the dramatic yellow versus green conclusion.

Artists Rafa Sandoval and Ethan Van Sciver perform wonders, giving comic book fans everything they could ask for in this cosmic cornucopia, and it is all led by Hal Jordan. How the two artists’ present Jordan is key—he’s just as fans remember him to be: a stoic, heroic, wise cracking badass. The fight scenes with Hal are sheer spectacle, as is all the Green Lantern Corps as they rally the troops for one last battle.

An interesting subplot in Sinestro’s Law has to do with the capture of Green Lantern Guy Gardner. He is beaten and tortured by Sinestro’s sinister agents. Here, Sinestro’s Law takes an unexpectedly dark turn, and it only adds to the series—not only showing the pure evil Sinestro employs, gaining strength from fear, but also the sheer will it takes to stand up to dread. Fear can come in many forms and is individual to each of us. As it plays out in Sinestro’s Law, standing up to that fear is the greatest triumph of all.

Pick up Sinestor’s Law! Your inner comic geek will thank you for it.

Hal Jordan and the Green Lantern Corps: Sinestro’s Law is a terrific seven part series, pitting Hal Jordan versus Sinestro in a final duel with the fate of the galaxy at stake.