The Best RTS Ever Released on Consoles
Score: 8/10 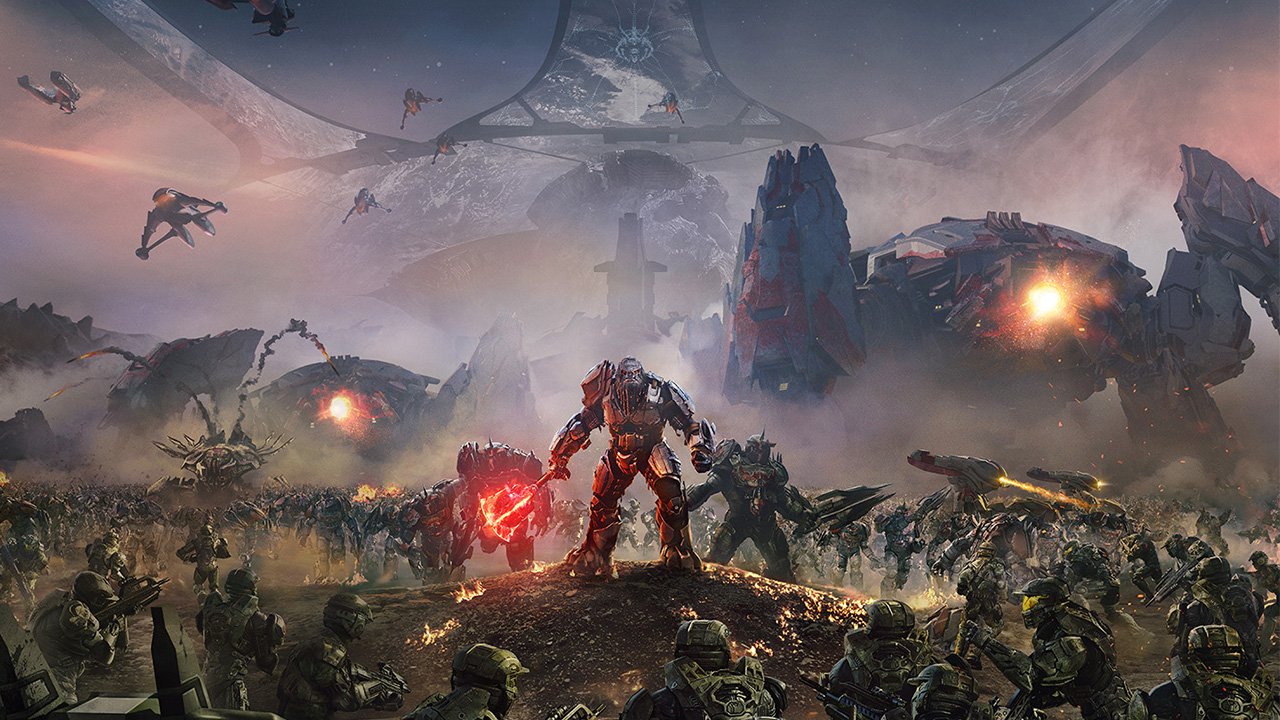 I didn't love the original Halo Wars. It was simple and showed why very few real-time strategy games release on console— the controls just don't translate. Nine years later I reluctantly signed up to review the sequel, thinking it would be more of the same. Surprisingly enough, Halo Wars 2 is easily the best RTS ever released on consoles. The controls are tight, intuitive, and surprisingly easy to pick up. No need for hours of learning, or tons of boring tutorial— though there are three short optional ones if you'd like to do them, they aren't required as the campaign teaches you all you need to know.

The campaign isn't all that strong in the story department, and is a bit convoluted as it’s designed for players who are well versed in Halo lore. As someone that has played every Halo game to completion, I can say it was hard to place where and when on the timeline Halo Wars 2 is set. Regardless,I was still having fun so that was all that mattered.

Blur is back with more breathtaking cutscenes that have nearly uncanny valley levels of detail, facial acting, and thus emotion. As a matter a fact, Halo Wars 2 has my new favourite cut scene in the Halo series that features my new favourite Halo character, the Cortana-like AI named Isabel. The voice-work and acting in the cinematics are top notch, despite the story keeping it simple, without striving to be original, deep, or intelligible even with a Halo encyclopedia or the logs found scattered throughout the campaign.

Yet, there is a drop in presentation outside of the cinematics. It is a bit jarring going from the beautifully acted and graphically impressive cutscenes to bland in game performances (despite the same characters appearing in both cutscenes and gameplay) in a visually dull in-game world. I'd imagine this discrepancy in the voice department is thanks to different recording directors, while the art direction in RTS games don’t ever stand out. Halo Wars 2 certainly doesn't break that mold. The environments are nothing to write home about, and the character models are bland and lack details. Even the accompanying soundtrack, while decent, just can't match the classic pieces from the core Halo games, but it is still serviceable.

As this is an Xbox Play Anywhere title, I was able to play on both Xbox One and my Windows 10 PC. As one would imagine, the PC version looks far better compared to the Xbox One experience, though Halo Wars 2 is more stable on the console. Halo Wars 2 is installed on my SSD, I have a Nvidia GTX 980, and 32GB of RAM, yet when a lot of units were on screen at the same time near a base I'd have frequent hitching. Performance issues seem to plague Windows Store releases, as this has been a pattern. At one point the game dropped to single digit frames per second, forcing me to restart the game— but that was only one time. Most of the time the frame rate was solid.

Obviously there is a completely different control scheme jumping from PC to Console. I will say I attempted to play with keyboard and mouse on PC after having played around half the game on Xbox One and found it was surprisingly much easier to play with a controller for me. Perhaps it is a preference thing, but to me it just felt more natural.

I didn't get a chance to test out the multiplayer outside of the new Blitz mode that can be played against AI in a Firefight mode. Instead of building bases, gathering resources, and spawning units, Blitz has players select cards from a deck and drop units into the playing field. The whole experience feels a lot more arcade-like and random thanks to the RNG of the draw. The goal in Blitz mode is to capture three bases and keep your opponents from taking them back till a meter fills up and you win.

While Blitz mode is a lot of fun against AI, it feels like pay to win when it’s time to square up against other players. Card packs are earned by completing stages in the campaign and levelling up your account, but they can also be purchased via microtransactions. This creates a problem as cards can be levelled up, and that's done by collecting multiples of any given card, which encourages players to buy packs to have stronger cards. Compare this to Hearthstone where cards are stagnant and can be crafted from extras you collect, allowing players to build their decks more naturally. It’s a shame, honestly, since I can see this mode being a lot of fun against other players, especially since matches seem a bit shorter in comparison to most RTS games.

Even without playing the new 3 on 3 multiplayer, I feel I can easily recommend Halo Wars 2 to both Halo fans and those hankering for an RTS on console. The controls are tight, the cutscenes are to die for, and there is a new cute AI that I want to be best friends with. If you aren't sold on the whole RTS thing, or it just isn't a genre you're interested in, then at the very least watch these cutscenes somewhere online, because they are damn impressive.

Final Thoughts
Halo Wars 2 is hands-down the best RTS on console and a joy to play with a controller.
More From CGMagazine 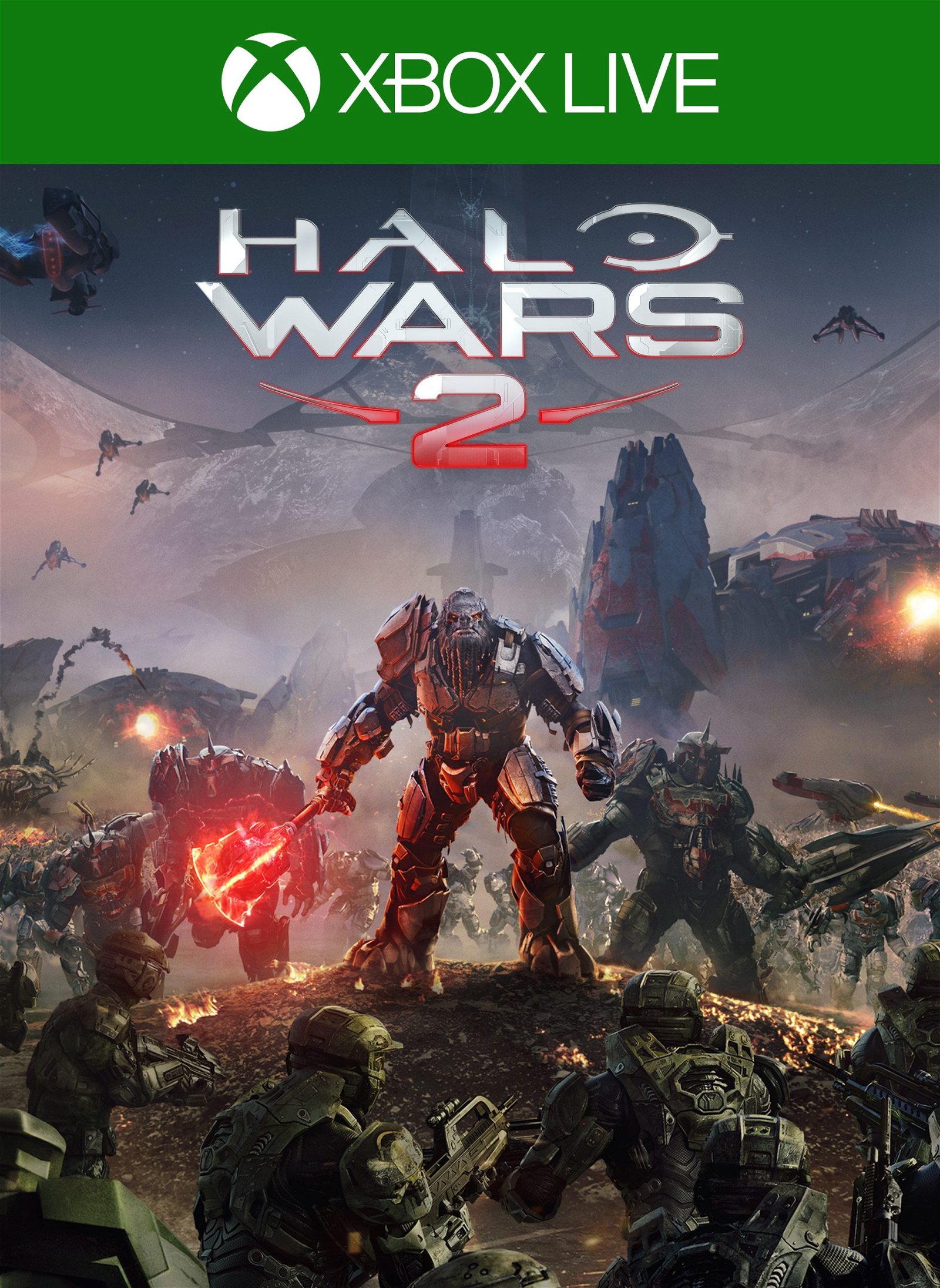