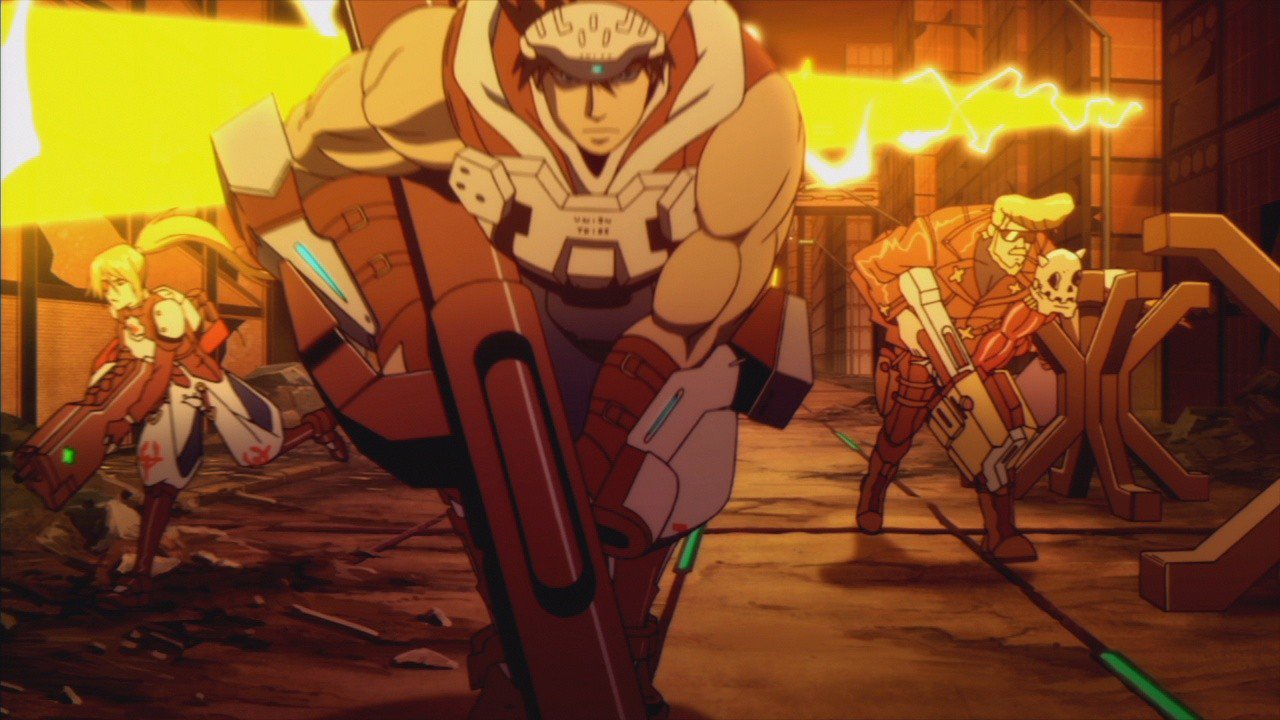 Since the release of Contra on the Nintendo Entertainment System, the many developers behind the series – starting with Konami and since branching off to Appaloosa Interactive, WayForward Technologies, M2 and Arc System Works – have released countless sequels, prequels and re-imaginings of this challenging, yet addicting run and gun shoot-‘em-up series. The newest title in the series, Hard Corps: Uprising, may be the first game without the Contra brand name in the title, but from the moment you lay your hands on this game everything becomes familiar. Uprising isn’t like Contra; it is Contra.

Nostalgia has a way of getting to people. That’s not saying you had to play the older titles to get it, but it was a pivotal part of the charm. Very few games released at the time were quite like Contra and while various clones were later produced none compared. Perhaps what made the series so successful was its on-going retro appeal. Similar to the remakes of Bionic Commando, the Contra series never strayed too far away from its side-scrolling roots. The series is consistent in difficulty as well – despite most developers fears that extreme difficulty will scare away new players – and continues this tradition in amazing ways. Tradition is an extremely important part of any series, and the Contra series has proven that big things come in small packages.

Uprising follows this sentiment, bringing you everything you loved about the series and more. Serving as the prequel to Contra: Hard Corps, the story opens up new territory for the series, exploring some unanswered questions. That said, the story is still quite vague and confusing, as usual, but you’re essentially one of two soldiers – Contra: Hard Corps villain Bahamut, or female protagonist Krystal. Both of the heroes are members of a rebel faction and are fighting a tyrannical empire known as the Commonwealth.

The run-and gun gameplay is unchanged and remains as difficult as ever – if the onslaught of soldiers coming your way don’t kill you, the endless bosses will – retaining its trial-and-error, memory-based strategy. Uprising also manages to keep its scenarios as interesting as they are outrageous. One minute you’re rocket sledding away from a killer robot; the next, you’re avoiding wave after wave of traps. It’s safe to say Uprising is sure to keep your attention for hours.

Even if you’ve never played a Contra game before, the controls are generally easy to learn, and only a few things should cause frustration. Holding the left or right trigger while firing allows you to lock the weapon while running. As usual upgrades fall from the sky and allow for classically styled ammo selections. The shooting in Uprising is generally quite simple, however, it can be tricky to lock your weapon in the opposite direction while in motion – such as in the first boss fight. It takes some practice, but minor annoyances such as these disappear quickly after multiple playthroughs – that’s a given.

As mentioned, Uprising offers a broad range of weapons to choose from including your iconic spread gun and homing laser as well as reflecting laser and improved napalm gun. Two weapons can be held at a time, though you lose your weapon if hit so flip-flopping between both is key in order to best utilize all the upgrades. Finding all of these weapons is tough, and many of them are pivotal for certain boss fights, but ultimately worth every minute.

Uprising offers two different modes: Arcade and Rising. Arcade is self-explanatory and is, not surprisingly, extremely difficult. Rising Mode on the other hand cuts players some slack and integrates a leveling system in which you can optimize your health and power-up abilities. The things you choose to optimize are directly dependent on the amount of points you’ve earned while playing the game – the longer you’ve played, the more you earn. Earn enough and you can buy whatever you need to help you make it through the game, whether it be extra health or automatic upgrades. The mode is great for everyone, never sacrificing challenge while still helping you in a jam.

Gameplay in mind, Uprising offers both single player and co-op. The latter tends to be the most enjoyable experience, which should come to no surprise considering how agonizing it can be playing a game this difficult alone. This might not seem to be the case when playing for the first time but Uprising quickly ramps up in its difficulty to the point of being near impossible – well, that might be a bit of an exaggeration. By no means is the experience going to be any easier in co-op, but by playing co-operatively with a friend or online this game becomes more tolerable and, most importantly, more enjoyable despite the steep learning curve.

Another nice addition comes in the game’s graphics. Unlike past installments in the Contra series, Arc System Works makes sure to add some extra style thanks to their impressive character design work – the designs will undoubtedly look familiar, they worked on the Guilty Gear and BlazBlue series. Each character has their own unique look and colour customization is available in order to make your character just they way you want them. While the anime stylization may be a bit off-putting to older Contra fans, these new characters are extremely fitting for the series and the way they interact with their environments is surprisingly fluid.

It should go without surprise that Hard Corps: Uprising is a game worth checking out and, ultimately, purchasing. Not only is it a great addition to the Contra series, but it’s a genuinely addicting game. Though Uprising definitely has a steep learning curve Rising Mode makes up for this – just check out the game’s amazing replay value. In addition, the sheer amount of variety Uprising offers makes it more than worth the $15 price range – the game is available on both XBLA and PSN. Uprising is certainly not for the faint of heart, but once you immerse yourself in this intriguing game it’s hard to let go.

Not only is it a great addition to the Contra series, but it’s a genuinely addicting game. 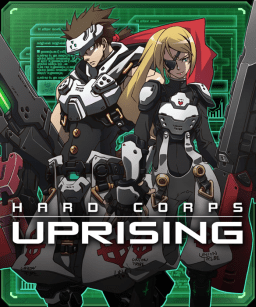