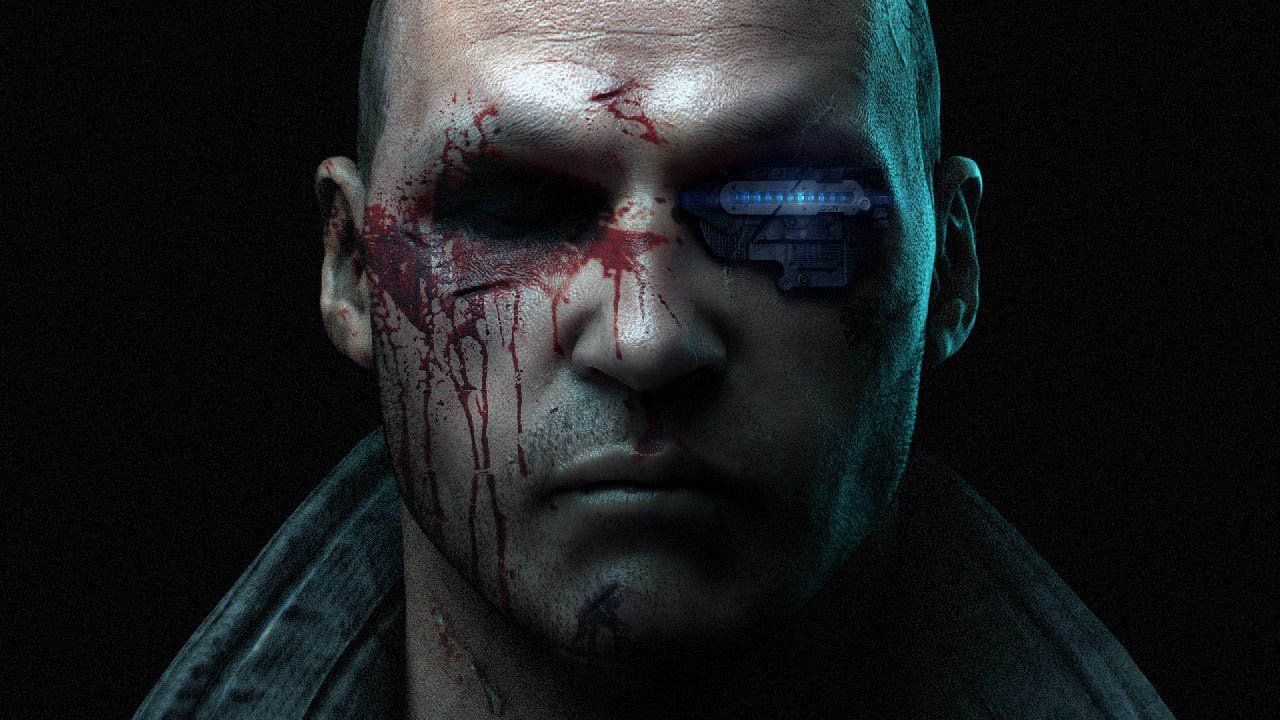 The name of the game has a double meaning. A hard reset is shutting something down completely before turning it back on. In the game the player is essentially doing the same to the various robotic enemies they encounter. Of course, it’s also the reaction some people might have to the challenge this game presents. Shutting off the game in frustration to try again later.

The dark and gothic future where humanity is beset by killer robots is nothing new. We’ve seen it in countless games, movies and books. But Hard Reset does do a beautiful job of putting you in such a world. While it may not be original, it certainly is nice to look at; if you like the dark and grimy world where humans struggle to survive against a relentless foe.

Hard Reset plays much like the old classic shooters. There are no chest high walls to duck behind in fact you can’t duck at all. There are no squads or teammates to fight alongside. There are no conversation or path options you are following a linear path to your goal, though there are a few secret rooms hidden here and there.

What it does have is high-speed action as you run around various levels fighting off swarms of robotic enemies. However it’s not your guns that you use to do most of the killing. You start the game with two guns, one that fires bullets and another that fires energy shots. The game doesn’t really explain the strengths of each though each weapon can be upgraded t have variants as you progress through the game. So you can turn your rifle into a sniper rifle or have that energy weapon fire stasis mines. The upgrades themselves present a more obvious tactical choice. Who doesn’t want a shotgun for up close and personal combat?

But the real weapon you will be using is the environment. There are countless items around the stages that react in some way to being shot. You have various machines that will spit forth lightning around them, gas cans and cars that can explode, and even pipes you can shoot to rain fire on the enemy. Of course the trick is to use these items to kill the enemy without killing yourself. It adds a bit of a puzzle element to the game. It also adds a certain amount of frustration.

You will often find yourself backpedalling to avoid enemies while trying to get them into position to use the environment against them. The problem is that it’s quite easy to accidentally fry yourself to a crisp in the process or to discover that there’s a tiny piece of terrain just big enough for you to get stuck on while trying to move backwards. There are also various spots where it looks like you should be able to pass through or jump over with ease only to find out that there’s an invisible wall in your way.

You will enter an “enhanced mode” when your life is critical which comes in handy as it’s very easy to die in this game. Some challenges might take a little trial and error to overcome, while others just need a healthy dose of luck.

The story of the game is rather straightforward: evil AI is sending hordes of robots to wipe out humanity, do something about it. There are comic style cut-scenes between missions that try to explain what’s going on and why. However they feel a little disjointed. They don’t tend to flow well and seem to be filled with conversations that would make more sense if we were given a lot more reference material. There is also a rather large amount of swearing in these scenes. Now swearing itself isn’t a problem, when used properly it adds a level of realism and emphasis to conversations. However it feels like Hard Reset’s story has thrown in a lot of if for shock value or to make you think of characters as a little less refined. It just feels out of place at times.

Hard Reset isn’t a long game. The Extended Edition adds about three hours of playtime, which still lets you easily beat the entire game in a single evening. The length can be extended some if you’re the type who enjoys scouring every corner for secrets and pickups. And there are achievements for those who enjoy them that might stretch out the gameplay a little.

Overall Hard Reset is a decent classic-style shooter with puzzle elements to combat. It will provide a healthy challenge for most and is a good time killer. As far as replay value goes, unless you’re interested in beating your records on a stage you won’t really find much different in subsequent playthroughs. If you’re looking for a quick shooter with a gorgeous (if very dark and grimy) backdrop, then you might want to give it a go.

Hard Reset plays much like the old classic shooters. There are no chest high walls to duck behind in fact you can’t duck at all. 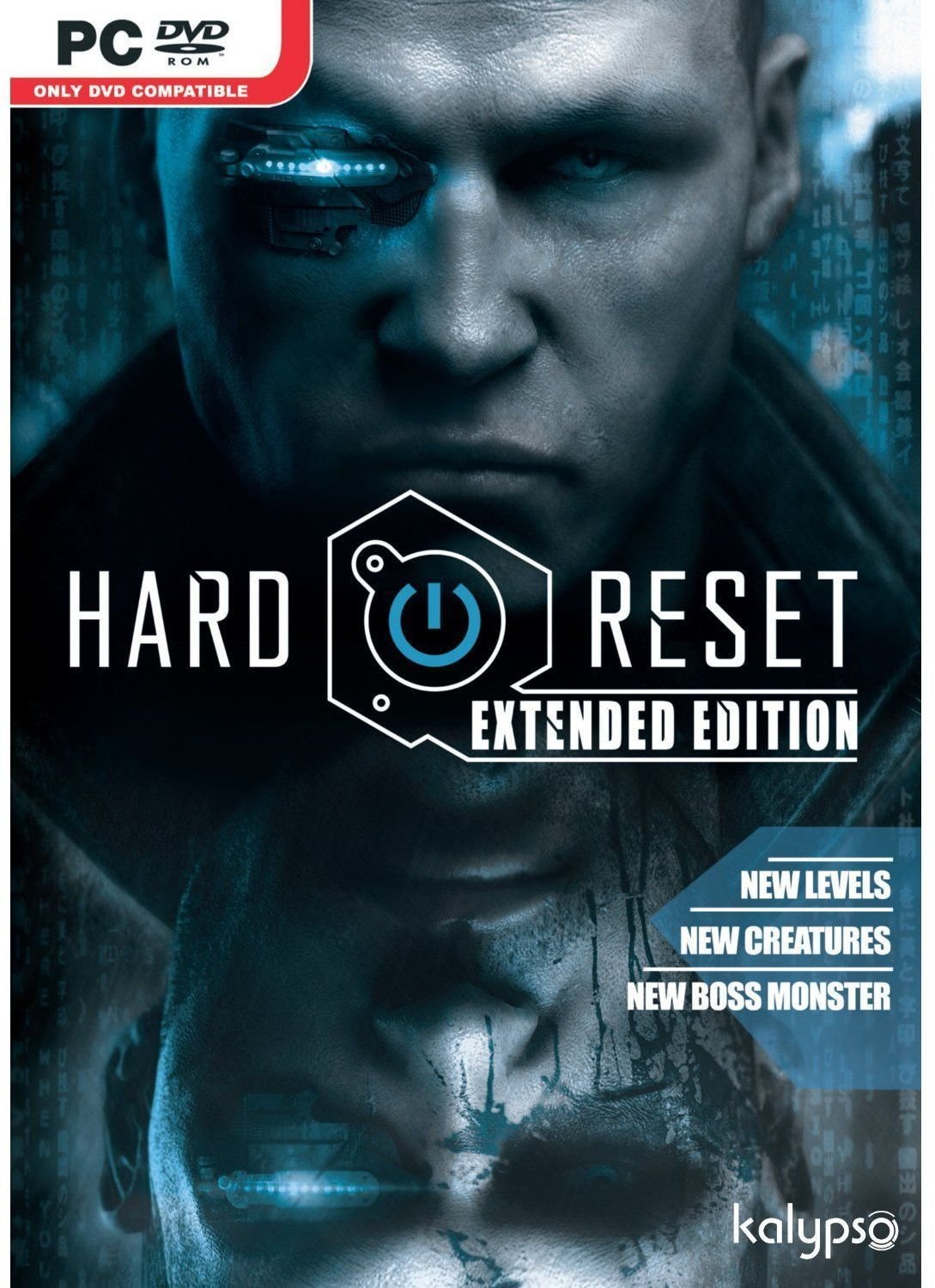