Hawkeye: My Life As A Weapon TPB Review 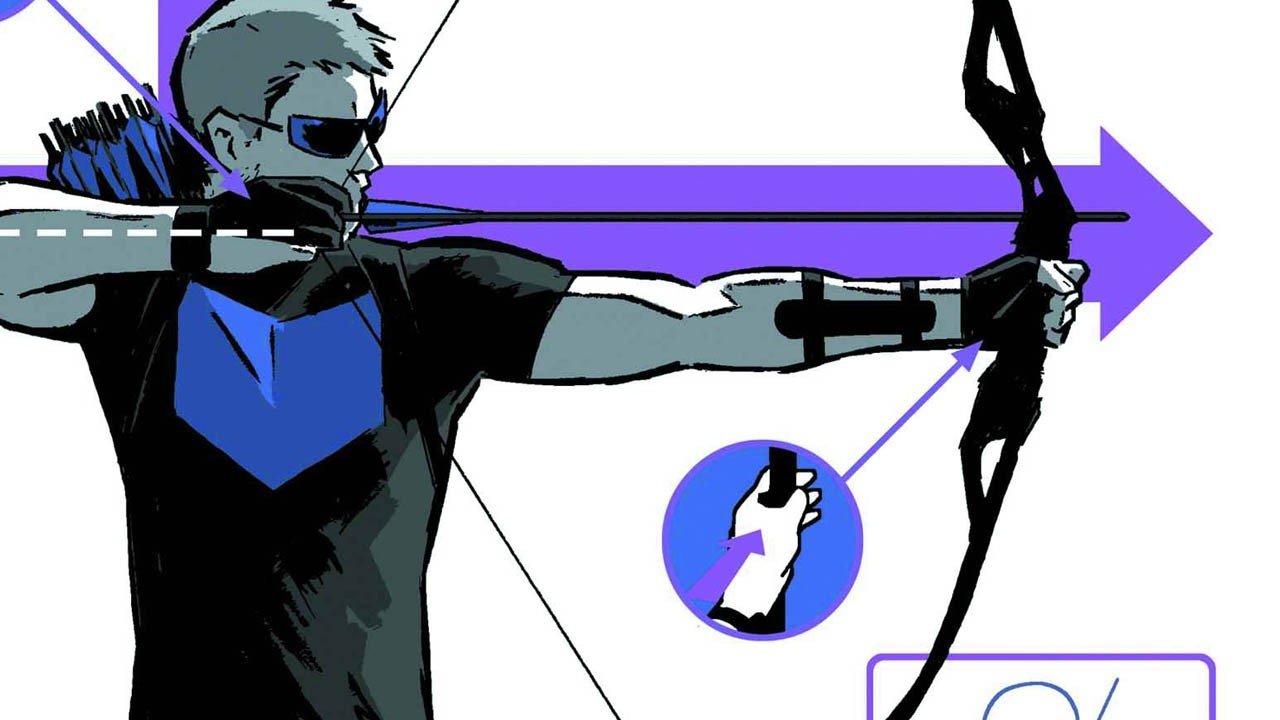 Hawkeye is without a doubt one of the strongest books currently being published by Marvel Comics. It’s a superhero book that never feels like one, as it takes the Avenger Hawkeye and tells a very street-level tale, full of humour and pathos, of bad decisions and good intentions. Matt Fraction’s take on Clint Barton is that of a well-intentioned screw-up, who routinely finds himself in some dangerous and ridiculous situations, while at the same time looking out for the little guy, whether it be his neighbours or even a dog. The script is fast-paced and breezy, a light-hearted romp, reminiscent of a 70s film in New York City.

Fraction does a tremendous job giving life to Clint Barton, and truly fleshing out the friendship and partnership which exists between Clint and Kate Bishop, otherwise known as the Hawkeye of the Young Avengers. This trade paperback, besides collecting Hawkeye #1-5, also includes Young Avengers Presents #6, which chronicles the first true meeting between Kate and Clint (I say first true meeting because they previously met when Clint was practicing with Captain America’s shield and temporarily wearing Captain America’s costume- Kate didn’t realize that it was Clint at that point in time). The relationship between the two is a major highlight of this collection, as Clint clearly doesn’t know how to interact and properly train his protégé, but he does his best at it. I like that although Clint is ostensibly the mentor, their actual working relationship is much more even, if not weighted in the other direction, with Kate often seeming much more measured and mature than Clint.

As solid and as enjoyable as the script by Fraction is, it’s hard to imagine this book with a different team handling the artwork. David Aja is the best partner that Fraction could have asked for on this book, as he proves that his prior success partnering with Fraction on Immortal Iron Fist wasn’t accidental. David Aja has an incredible sense of style and pacing, but at the core of it is the fact that his work here feels like he is channelling the immortal David Mazzuchelli, of Daredevil: Born Again and Batman Year One fame. The similar storytelling sensibilities are clearly evident, and he’s found a match made in heaven in the form of color artist Matt Hollingsworth. The panel work, the design of the panels and the construction of the characters, it’s simply spectacular. Javier Pulido steps in to illustrate issues #4-5, and thanks to Hollingsworth not a beat is missed. Pulido has a different sensibility, but it’s similar enough that you don’t have a jarring change in the artwork (again, partly thanks to Hollingsworth’s consistent colors), plus he makes some fantastic artistic choices which are fun to look at.

This book is a must-read for almost anybody. It’s a superhero comic without always feeling like it, it’s a good-natured fun read that is immensely charming and appealing. Fraction has hit the jackpot with Aja and Pulido, who do some of their best work bringing his scripts to life. This book is not to be missed.