Fear Through the Eyes of Madness
SCORE: 8/10 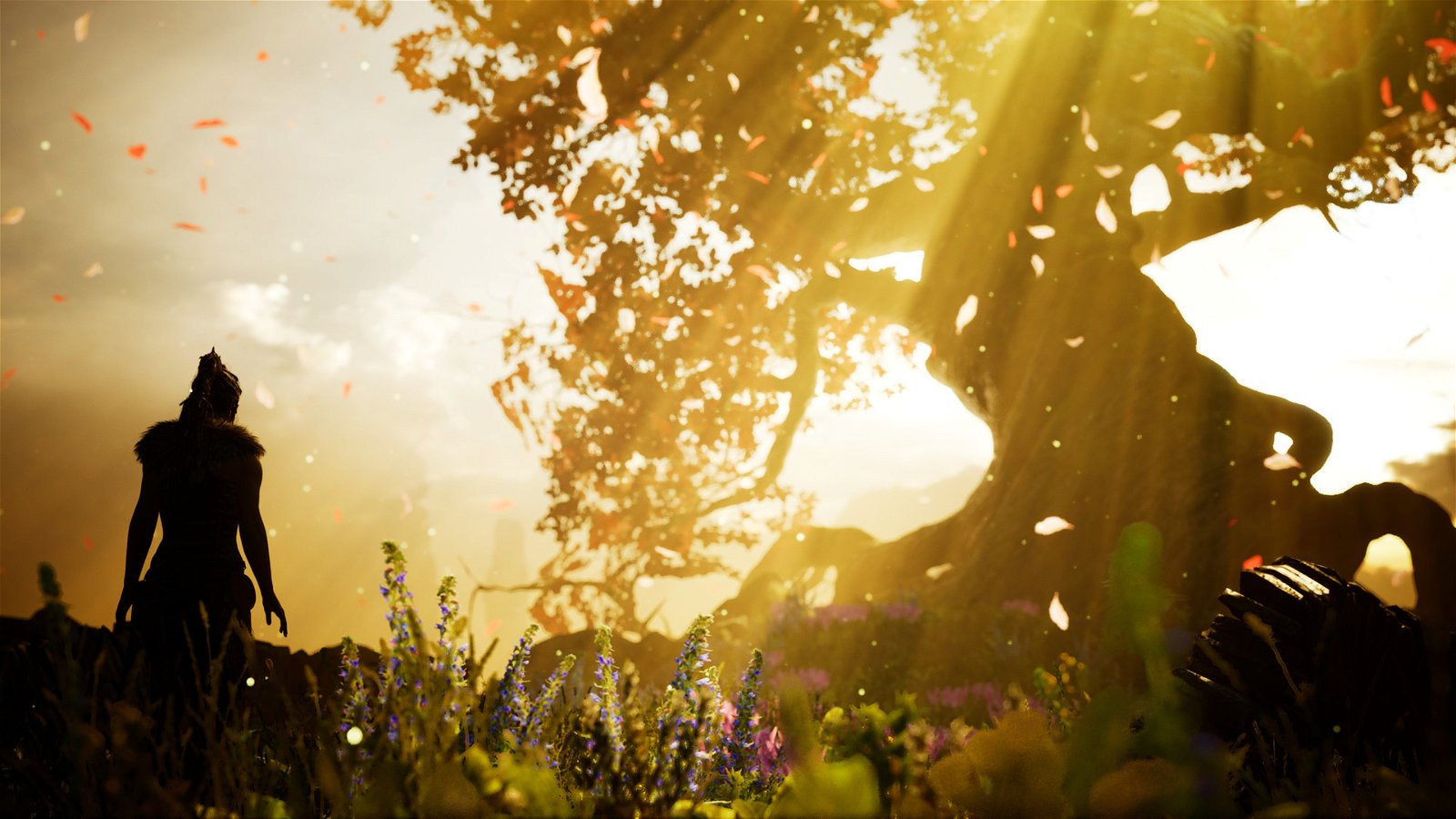 Hellblade: Senua’s Sacrifice is probably the most difficult game I’ve ever played, not because of punishing combat or obtuse puzzles, but because of its harrowing portrayal of its main character’s psychosis. Hellblade isn’t fun, and it’s devoid of pretty much any joy in its eight-to-ten hours. But in its hours of delirium, suffering, and struggle, Hellblade is an empowering story of overcoming one’s demons, and it commanded my attention in every moment. Due to its disturbing nature, it’s impossible for me to recommend Hellblade to everyone, especially not those who might be suffering from their own mental illness, as even I, a frequent sufferer of depression and anxiety, found the game setting me off in its second half. However, if you’re willing and able, Hellblade treats its character’s psychosis with empathetic care and brings along solid combat and puzzles to frame it.

At the outset, Hellblade forgoes a lot of concrete exposition in favour of contextual remarks from the voices its protagonist Senua hears. These voices, the stars of Hellblade’s stellar sound design, are almost constantly making remarks illustrating Senua’s mindset. If you can, play Hellblade with headphones in order to get the full experience, as these voices help stimulate the psychosis at the game’s core. Between constant remarks of self-doubt and self-loathing, these voices are almost all the exposition Hellblade offers in the moment to moment. Senua is isolated for the entirety of her journey, so between the big story sections, all there is to keep her company are the voices in her head. Flashbacks and other illusions help illustrate what brought Senua to this demon-ridden land, each punctuated by excellent digital acting, both in performance and stellar animation. But for much of the game, Hellblade is enigmatic about the true nature of this world, and what it is that pushes Senua to face these dangers.

This minimalistic approach is affecting because it kept me in the same disoriented state Senua was in, and the moments of clarity that came later felt like true revelations because they were laced with an understanding her psychosis deprived me of.

Hellblade‘s dark and dreary aesthetic is in line with the game’s tone, as it portrays a desolate and worn-down world. Later areas and set pieces up the visual spectacle as Senua’s mental state deteriorates, so while it’s not always a massive visual showcase, Hellblade does capture a sense of dread and misery in its dark palette and Lovecraftian characters and environments.

In the meantime, I travelled through these desolate worlds, fighting demons and solving puzzles, which, while solid in their own right, did make Hellblade feel tedious and repetitive at times. Unlike other games by Ninja Theory like DMC: Devil May Cry and Heavenly Sword, Hellblade is a decidedly methodical action game, focusing more on one-on-one combat than dealing with large groups as stylishly as possible. As a result, combat in Hellblade is relatively simple. It’s intuitive—which is good because the game forgoes a proper tutorial—with a focus on timing, parrying, and openings. Despite multiple classes of enemies, most of them can be handled with the same tactics, especially when the game’s Focus mechanic is introduced, which allows Senua to slow down time and take advantage of the opening. Enemy encounters also felt like they lasted just a little too long, as if half the demons I fought in any one section were added as padding. All of these things made Hellblade’s combat often feel more like an elongated chore, despite its solid foundation. Had fights been scaled down to half the length, the repetitive nature of its systems might have been less noticeable. But as it stands, slaying demons is easily Hellblade’s weakest point.

Thankfully, its stronger puzzle sections make up a much more sizable bulk of Hellblade’s play time. Progression in Hellblade is often locked behind sealed doors that required me to find shapes within the environment, whether that was from rock structure, a shadow cast by objects in my surroundings, or by aligning myself just right to make the shape out of unrelated things across the length of a room. These environmental puzzles always felt more satisfying than Hellblade’s combat, even if they too fell into the same repetitious trap as the combat due to their overuse.

Failing in fights and puzzles causes Senua’s arm to rot, which will rise up to her head with each subsequent failure. While the game does present this as a permadeath, ultimately resulting in a save file deletion, reports since the game’s launch have contradicted this, while others claim the player must fail in several different places across the game’s run rather than repeatedly in one place. While I never lost a save file myself, I can say the looming threat of this hung over me, and only added to the tension and anxiety of each passing moment in Senua’s shoes. However, as a whole Hellblade appears fairly forgiving, with fights offering several opportunities to recover without entering a fail state.

Despite its padding, it’s hard to fault Hellblade’s design when each side of it is as strong as it is and helps to bolster the powerful and painful story of mental illness at its core. The treacherous journey I followed Senua through made up for the moments of tedium, and it ultimately—despite its unflinching portrayal of psychosis—ends on an uplifting note, one that underscores hope for its protagonist, rather than the despair that stories of mental illness easily fall into.

Hellblade’s mundane mechanics help underscore a powerful story of overcoming your demons, if you’re willing to subject yourself to the honest portrayal of mental illness it presents.