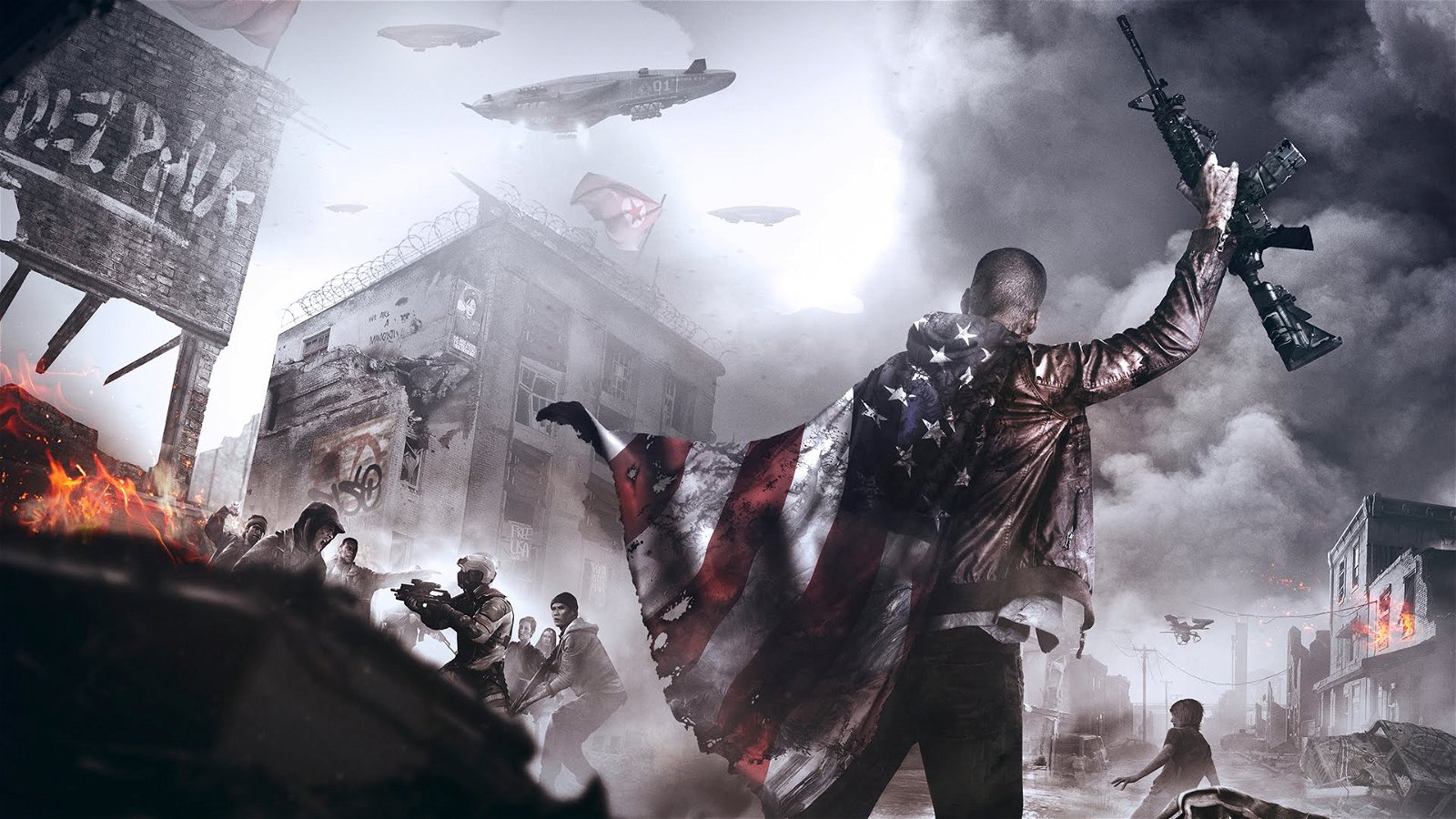 It’s time to be brutally honest:  the Homefront franchise has never had an easy go of it.  The original game’s main premise, that of a united Korean Republic single-handedly invading and successfully overthrowing the American government through a combination of technological sabotage and overwhelming military force was seen by many gamers (including myself) as laughably implausible.  Ultimately, when it launched in early 2011 it was not well received for the very reasons many had predicted; the game had an incredibly linear solo-campaign with shallow gameplay and countless invisible walls, a weak story, underdeveloped characters, lackluster visuals and a multiplayer component that while competent, still couldn’t measure up to the quality or popularity of the then-reigning champ, Call of Duty: Black Ops.

Despite all that, however, there was still a nugget of originality in the game’s Red Dawn-inspired concept (its story was penned by Red Dawn screenwriter John Milius) that gave hope to the possibility of a much-improved sequel.  Fast-forward to 2016 and Homefront: The Revolution is finally here, itself the war-weary survivor of both publisher THQ’s tumultuous demise and the departure of its original developer, Crytek UK, amid a financial restructuring that saw the popular developer abandon traditional boxed products altogether.  Now in the hands of Deep Silver and Dambuster Studios, has Homefront: The Revolution emerged a resilient and capable veteran or a shell-shocked victim?

From the instant players start the game from the main menu, they are subjected to a mixture of cheesy, green-screen FMV and an amateurish, circa 2000 CG “fake news” package that makes the original Homefront’s opening intro look like academy-award-winning piece of cinéma vérité. The game immediately betrays itself as the product of very troubled development cycle:  robotic faces, blatant reuse of the same character model and animation routines…it’s as if no one cared.

Once players are dropped into the game proper, the game finally greets them in-engine with an appropriately gritty, war-torn Philadelphia as seen through the eyes of a voiceless but promising new recruit to the rebellion, Ethan Brady.  A series of unfortunate events immediately befall Brady and his crew at the hands of the KPA (Korean People’s Army). Brutality, torture and a clumsy escape ensue, and after another excruciating five minutes in which the player is given absolutely no control, the game finally releases him or her into the streets of Philly to seek out and connect with the local resistance.  Then your character actually moves a step and the illusion is instantly broken.

Quite simply, Revolution’s performance on PS4 is downright atrocious.  This is not the usual case of a game running at 30 frames-per-second and dipping frequently to 20, which would already be pretty unacceptable by today’s standards.  This is an “average-looking” game that runs at less than 24fps and dips into the sub-20’s like a bad habit.  Making things worse are the unavoidable three-second pauses that the game takes to background load each and every time you enter and exit a storefront or reach a checkpoint, often creating the impression that the game has crashed.  Bust up a wooden crate that blocks the entrance to a tunnel and you’ll often observe the debris pixelate and dissolve right before your eyes because the game engine can’t be bothered to animate the fragments.  I’ve never experienced a current-gen, “Triple-A” game so horribly optimized.  It’s absolutely unacceptable.

In good faith, I soldiered on, figuring that with enough time I could get used to anything, and at first, it seemed I was right.  While nothing in the game is ground-breaking, I appreciated that Revolution borrows familiar gameplay features from other games that I’ve enjoyed, like the ability to recruit up to four fellow resistance members as backup when you go out on missions, or how upgrades, as well as the process of attaching them to your weapon, are visually represented and animated in-game , similar to how Crytek did in my beloved console versions of Crysis, Crysis 2 and Crysis 3 from last generation.   When you find a motorcycle, you can hop on and ride across town to your destination, and you can even utilize makeshift ramps to access higher ground and ride across rooftops, elevated walkways and even industrial girders if you’re nimble enough with your bike skills.

Unfortunately, for every upside in Revolution, there is often a much bigger downside.  For starters, the A.I. routines that run your resistance allies are just as bad as those of the KPAs.  As soon as your buddies join up with you they immediately rush to light up any KPA soldier within eyesight with no regard for their safety.  There’s no way to issue commands to them, so most of the time they’ll just circle aimlessly about until they die, ignoring cover and engaging in firefights for no reason, all while crying out for you to cover them when they should be sticking close and assisting you.  At best, they provide a big enough distraction to draw enemy fire and attention away from you when you’re outnumbered.  Better them than you, I suppose.

Riding a motorbike in Revolution may be able to save you a slow trudge across town, but more often than not it’s tantamount to suicide, as the engine immediately alerts all enemy forces in the vicinity to your presence, including soldiers, drones, armored trucks with mounted guns and wheeled robot turrets.  The streets of Philly in 2029 are littered with all sorts of debris and garbage, and motorcycles seemingly can’t get enough of the stuff, as they’ll get caught on just about anything you can’t steer two metres clear of.  Get stuck on a piece of geometry and you’d best chuck that bike like a hot potato, or you’ll be mowed down and have to revive at the nearest checkpoint without your ride and less a portion of your valuables (which you need to sell for cash and buy upgrades).  Oh, and did I mention that you can’t access your map or set a waypoint if you’re on a bike?  That’s right; you have to stop the bike, get off, bring up your map on your cellphone, set a waypoint, and then get back on your bike.  Ludicrous.

Quite truthfully, one could write a novel about all that is wrong with Revolution, but its two biggest offenses aside from being just barely playable are that it’s simply not any fun and that it’s absolutely horrible at teaching or telling you what you need to do in order to progress.  The game’s concept is that KPA-occupied Philadelphia consists of zones of varying enemy presence and that your mission is to retake the city block by block, winning the minds of citizens in the process and spearheading a second rebellion against the foreign oppressors.  The reality however is that whether you control a zone completely or not, the KPA and their flying drones are a constant annoyance that will regularly “discover” you and call in reinforcements, no matter how stealthy you attempt to be or how strong the resistance’s presence is in the area.

In other words, stealth is useless, avoiding combat is nigh impossible and the game never gives you a break.  It’s one exhausting firefight after the next, with strings of derivative side missions like “clear this area of snipers” or “assassinate this KPA V.I.P” masquerading as a campaign with the aforementioned near-endless, unwanted engagements peppered in-between.  But what is most vexing is that the game is so bad at guiding the player that it almost seems like it wants to frustrate and wear him or her down.  During my first three evenings playing the campaign I frequently came up against roadblocks where I could not complete a mission objective because I didn’t have the right equipment to fix a radio or couldn’t find a means to supply power to a generator. The game provided no guidance or clues as to how or where I might find a solution.  It just expects the player to go out and keep doing mindless “retake the zone” missions until they stumble across the required tool or item they need.

Similarly, in another campaign mission that actually requires the completion of a number of side missions before the a rescue mission can even be started, I found myself stuck at 80% completion for hours because the game couldn’t be bothered to inform me what exact tasks I had yet to complete.  I eventually gave up and resorted to taking on more random side missions in the hopes that I would stumble upon the answer, but once I reached the end of a mission that would not complete because one of my targets permanently glitched onto an airship patrolling the city (hopelessly out of reach of my sniper rifle), I also reached the end of my patience.

To conclude, Homefront: The Revolution is not worth your money.  On PS4 in particular, it’s barely optimized, poorly designed, probably never made it to QA testing, and so horribly balanced from a gameplay perspective that it’s not even worth finishing.  Worst of all, this game is almost certainly the final nail in the coffin of the Homefront franchise,  as it’s unlikely any devoted fan will be able to wash enough of this game’s bitter taste out of his or her mouth to give the franchise another chance.  But sometimes things have to die so that better things can replace them.

Homefront: The Revolution is barely optimized enough, designed well enough, QA tested enough or balanced well-enough from a gameplay perspective to even be declared finished. 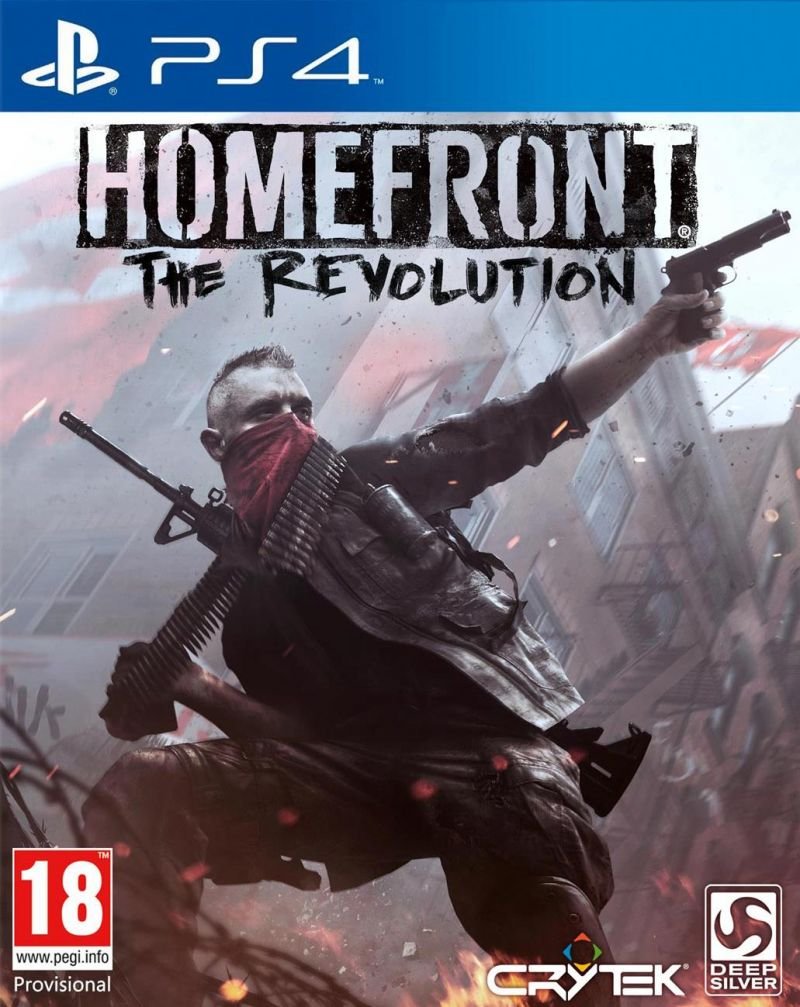