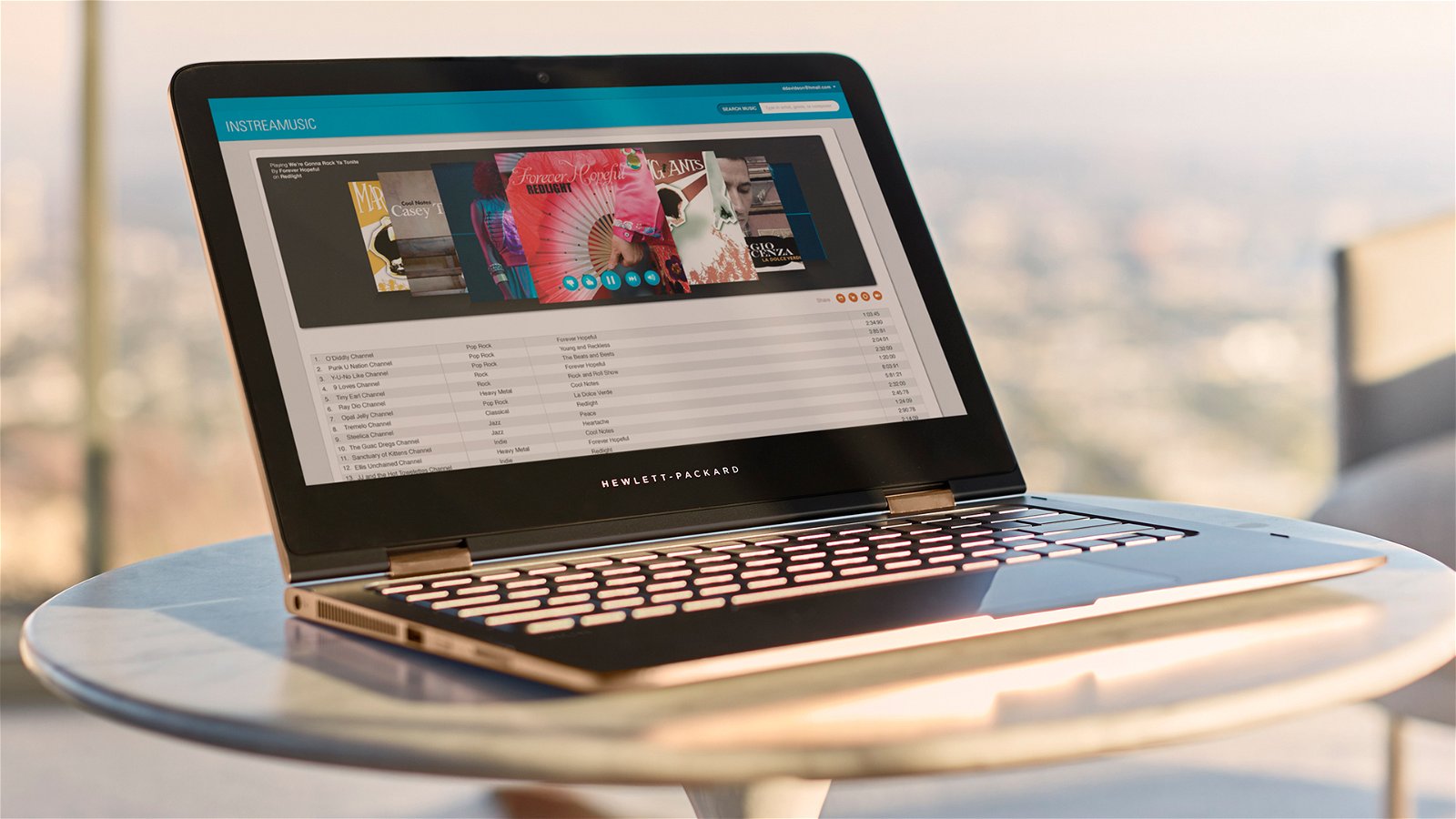 I’ve never totally understood why people own tablets. It’s probably the reason I never got into them, even at their conception. Why would I want a bigger version of my phone, when I have a more powerful laptop I’m already carrying in a bag? It’s the same reason that my Surface RT sits on the shelf, mostly collecting dust. Even the “merging” of the two offered in some laptops never truly sold me, because they would always be as limited as a tablet. However, the HP Spectre Pro x360 G1 may have changed my mind, offering as it does the power of a laptop with the convenience of a tablet.

I was genuinely impressed with the Spectre. Initially I had concerns due to its size – it weighs in at a mere 3.2 lbs, and feels a bit thin at .61” when folded. However, the Spectre is surprisingly sturdy, with a durable metallic feel to it. At 2.5” x 8.5”, the Spectre fits comfortably in most bags, and its lightweight feel never wears on your back. The 13.3″ LED touchscreen is solid, responsive, and easy to maintain. I never once felt worried as I folded it about and sat it upon the table so I could watch videos in a crisp 1920 x 1080 resolution while I was washing dishes.

The Spectre’s keyboard maintains the strong, metallic feel of the whole unit. While the keyboard backlight only has an on/off setting, I never found the keys were too dark to see in low-light usage. The Spectre’s speakers output quite a bit, although I felt it was an odd design choice for the speakers to be located under the laptop. Because of this, when used as a laptop, the Spectre produces sound that can be a bit muffled; however, when the Spectre is  folded into tablet-mode, the  sound does come across more clearly and audibly.

If I have any complaints with the Spectre’s design, they are minor. The elongated keyboard and trackpad take some getting used to. Very often I found myself typing “s” in place of “a,” and having to reach quite a bit with myhand for the right-click button, both of which got a little annoying. However, like I said, these are mainly preference complaints, and not real design flaws.

Behind its sleek design comes a bit of power. The Spectre is backed by a i7-5600U 2.6GHz Dual-Core processor, and 8 GBs of RAM. The Spectre can competently handle most laptop use, smoothly running Adobe Suite, Microsoft Office, and Hauppauge Capture.

It’s quite a competent gaming laptop as well. I enjoyed some smooth rounds of Enter the Gungeon on it, and even, to my surprise, some Warhammer: Vermintide missions, too. While the Spectre admittedly struggled to run Vermintide at higher video settings, the game ran fairly smoothly with the graphics reduced. Streamers and Let’s Players will also find use in the Spectre as it comes equipped with an HD webcam and three USB 3.0 ports (perfect for a PVR, mic, and controller).

The battery life on the Spectre is phenomenal, lasting upwards to 12-hours on a single charge. The unit also charges pretty quickly, which is helpful to those of us who might otherwise overcharge their computer by falling asleep with it plugged in. Given the combo of strong battery and efficient charging, I found I never unexpectedly ran out of battery.

An added bonus of the Spectre is its 360-degree swivel hinge. I’ll be honest, flipping a laptop’s keyboard over into a stand always used to make me nervous, for fear of the buttons getting scratched and ruined. But the Spectre made me see the value in pairing a high-end laptop with a tablet possessing the power of a laptop. Being able to use an Alienware for streaming while having the Spectre for recording that stream took my Twitch game to a whole other level.

Much like Windows Surface Pro, the Spectre Pro comes equipped with touch-pen functionality, allowing for a more precise use of the touch-screen, which is essential for working with programs like Photoshop. As a sort-of artist, this would be invaluable to me, as I am often doodling during my commute or on the go, and the added workspace of Photoshop would be incredible. Sadly, the version I demoed did not come with the pen, so I must continue to dream.

The Spectre x360 Pro sold me on the idea that laptops can be tablets, and tablets can be laptops. It’s perfectly versatile, convenient to use, and backed by more power than you’d expect in a device like this. For a laptop ranging from $1500-2000 (depending on the customization) it really is worth the price, especially as an alternative to the Windows Surface Book that currently dominates the market. If you’re in the market for a device with all the power of a laptop and the ease of use that comes with a tablet, the Spectre x360 Pro is the one for you.

The Spectre Pro is perfect for anyone looking for an inexpensive alternative to the Windows Surface Books.