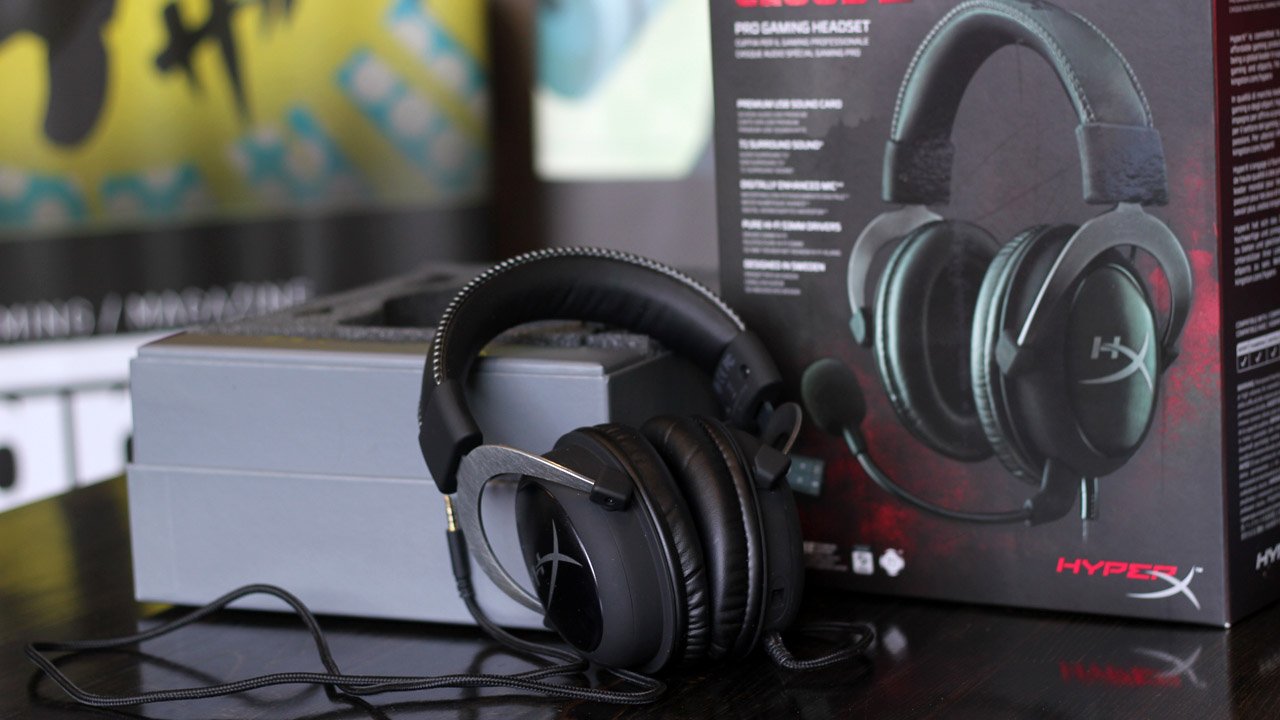 That Party’s All In Your Head

For PC gaming, more than any other platform, a good headset makes a lot of sense. Most people playing PC games are either on a desktop in a study or office, or a laptop. They don’t generally play with a gaming PC set up in a “man cave” or some other room dedicated to fun complete with a surround sound system. So if you want the best possible audio experience, it’s often more practical to resort to a good set of headphones. Kingston’s HyperX Cloud II headset is a pretty affordable solution in this regard, although with some caveats.

Quality That Doesn’t Break The Bank

The average retail price of the HyperX is about $150, which firmly puts it in the premium category for people that are willing to pay a bit more for a better audio experience. Obviously, if you’re the sort that doesn’t care about sound quality and thinks that the earphones issued by airlines sounds A-Okay, you shouldn’t be reading any further.

Right off the bat, potential customers need to know that although this is marketed as a headset you can use for PCs, mobile devices and gaming consoles, pragmatically speaking, this is really for PCs only. Yes, you can plug it into a PS4 controller and talk to friends with it, or even plug it in to your iPhone or Nexus tablet, but if that’s your PRIMARY reason for getting this headset, it’s a bit like buying a sports car to buy groceries from the store only on Sundays, and never getting past second gear. You could do that, but then what’s the point of spending all that money?
The primary reason for this is the sound quality. On its own, the HyperX is merely a decent pair of stereo headphones. Compared to something like the SMS Audio headphones, which sell for about the same price, it offers a less rich sound, without the more powerful bass of the SMS headset. It affects the overall richness or “oomph” of the sound and makes it sound a bit flat. However, plug the HyperX into a PC with its USB sound card/equalizer, and the headset almost magically transforms sound into something crisper, clearer and richer in 7.1 virtual surround. The audio quality of this headset is incredibly impressive when properly processed by its USB soundcard, but drops to merely acceptable or average quality without it. It performs marginally better on mobile devices that have some kind of equalizing software, but if you’re just listening to this on simpler media player, a Vita, or using it for consoles, the drop in audio quality is noticeable. The microphone also works well, and can be physically detached from the rest of the housing if you’re just playing by yourself and don’t need to talk to anyone. The microphone is sensitive and even has some noise and cancellation when used in conjunction with the USB soundcard, so, again, it’s ideal for PC use, and console users don’t benefit from this.

Perhaps most impressive is the build quality. Despite not being as expensive as other competitors, the HyperX is both large and comfortable, fitting completely over the ears with faux leather and a soft band to ensure you can wear this for long periods in comfort. Those same big ear cups also add some passive noise cancellation, and do a good job of enveloping listeners, as well as keeping the sound from the drivers bleeding out the earphones so others can hear it. The braided wiring ensures audio cable is durable, and all the controls are set on the USB sound card, not on the headset itself. Aesthetically, this might not be the sexiest looking headset around, a problem not helped by the chunky microphone, but if you’re not concerned with looks, the sheer comfort and functionality of the HyperX wins everywhere it counts.

Overall, the HyperX is a very good headset for PC users looking to step into the world of premium audio. The sound quality is great, the microphone works well, and it’s comfortable to wear for extended periods. The HyperX is less successful as a headset to use in other instances, since the lack of DSP processing from the USB soundcard is lost on other devices, but if you’re looking for a headset primarily for PC use, and you don’t want to spend over $200 to do it, this should definitely be on your consideration list.

Kingston’s HyperX Cloud II headset is a pretty affordable solution in this regard, although with some caveats.