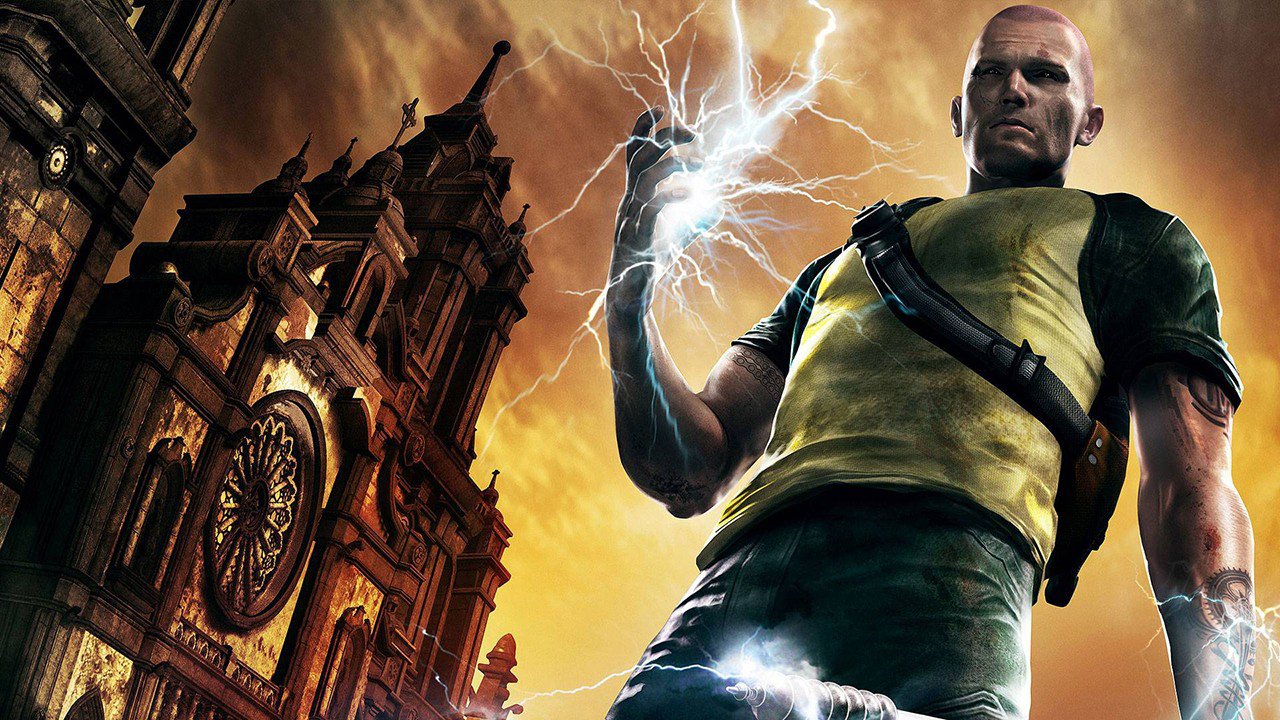 In the spring of 2009, Sucker Punch debuted their non-Sly Cooper, open world, action-based, super hero title inFAMOUS and it was a success. The combination of a big, three island city and electrical based super powers gave players a large playground in which they could either be the noble hero or revel in some anarchic mass destruction. Either way, inFAMOUS turned out to be a fun, breezy, super powered romp that managed to stay ahead of the pack. Move ahead two years later, and the sequel is here, better than ever, but only slightly so.

While inFAMOUS 2 tries to carry off its story with a quick, comic-book cutscene that sums up the events of the past game, it’s apparent to veterans of the first that assumptions have been made about having experience with the first game. Considering that—at the time of this writing—the original game is actually FREE as part of the “Welcome Back” program for PS3 users, it’s a safe bet to make. The story picks up with Cole McGrath getting ready to depart for New Marais, the inFAMOUS stand-in for New Orleans in the same way that Empire City is for New York. He’s been promised the ability to gain better, stronger powers to prepare him for his fight with “The Beast,” the overarching villain hinted at in the end of the first game. The Beast shows up early, easily besting McGrath and leaving him to flee for New Marais, licking his wounds and renewing his commitment. With that, the stage is set.

It’s obvious from the get-go that the visuals in inFAMOUS 2 have been tweaked. There’s more detail, no screen tearing, and the frame rate seems steady for the most part, but it comes at the cost of some aliasing issues. However, we’re talking about an open world game here, and in that regard, it’s still one of the best looking games in that genre, with little in the way of the draw-in or pop up that can plague games like Grand Theft Auto IV. It doesn’t have the scale of something like Just Cause 2, which probably helps to keep the performance up. The move to New Marais however was a good call, as the art direction has opened up, making the districts much more distinct and unique compared to Empire City.

The audio-side of things remains pretty true to the original game, with the notable exception of Cole himself, now being voiced by a new actor, Eric Ladin, instead of Jason Cottle. While Ladin manages a decent job of doing a gruff, “Batman” style rendition, it still lacks the impact of Cottle’s original performance. That aside, the rest of the cast does a good job tackling the mostly light dialog, and manage to keep a comic book feel to the proceedings without sliding off the wire into either satire or pretension. The music works serviceably with some rock vibes unobtrusively playing in the background at times, kicking up the intensity for dramatic moments. The sound effects are where things get really active, particularly since Cole’s electric powers have a signature low frequency throb to them that kick in the bass periodically when they explode. Keep the volume on this game too high and you’ll feel your home or apartment rumble with every fight.

Sucker Punch have done the smart thing, not fixing anything that wasn’t broken in the first game, and tweaking the things that needed improvement. Controls are the first place that the change is immediately noticeable; inFAMOUS’s Cole is faster, more agile and not quite as “sticky” as he was in the first game, with the auto-assist that formerly rooted to him to any “grab-able” surface being less intrusive now. It gives players a little more control and avoids the frequent situations of the first game, trying to manoeuvre in mid-air and clinging to an unwanted pipe or window because an unseen magnetic force drew him in. The difficulty has been tweaked for the enemies as well, with a wide variety of foes that require different tactics. Some of the enemies carry shields that can be disabled with less direct means of attack, while others are heavily armoured and will require more conservative tactics in order to take on. Super powers have also gotten bit of a boost, with new flavours of electrical based gameplay like the late game addition “lightning tether,” plus, depending on moral choices, a choice of additional ice or fire based abilities. The new abilities integrate well with Cole’s existing set and open up a lot of interesting tactical choices. The biggest new feature however, is the user generated content. While Sucker Punch included a few levels made by their own studio, players have already started cranking out their own content, and the results, like LittleBigPlanet, are quite mixed. The editing tools are powerful and it will be interesting to see what users come up with. A lot of sample templates are already included, and with a little bit of patience, anyone can start designing surprisingly intricate missions. The only expected caveat is that all dialog is pure text, which is probably for the best, as voice acting is far more difficult to do well than we give the actors credit for.

The basic gameplay, however, is largely unchanged. You will look for shards (many, MANY shards…), you’ll take on numerous side-missions that will yield more experience points for purchasing upgrades. You will make certain moral choices that can push you towards one power set and ending over another. All of these things carry over from the first inFAMOUS and, because of the open world nature of the game, can be tackled or ignored at your leisure. This is the part that wasn’t broken, and the result is Sucker Punch have crafted a game that feels pretty much like the first, but better. All the activities Cole can undertake have a more streamlined, confident approach to them that shows they worked, but could have been improved and those improvements have arrived.

In the end, what you get with inFAMOUS 2 is a safe buy for those looking for an entertaining, open world action title to while away the summer. Veterans of the first game will definitely get more from the experience (both in terms of understanding the story, and in starter bonuses for trophies acquired in the first game), but anyone can enjoy the responsive controls, morality-based superpowers and a sizable playground to develop superpowers and test them out on bad guys or innocent civilians at your discretion. It’s not a massive leap in quality from the original to this sequel, but it’s improved where it counts, while still sticking closely to the previous winning formula.

Veterans of the first game will definitely get more from the experience (both in terms of understanding the story, and in starter bonuses for trophies acquired in the first game), but anyone can enjoy the responsive controls, morality-based superpowers and a sizable playground to develop superpowers and test them out on bad guys or innocent civilians at your discretion. 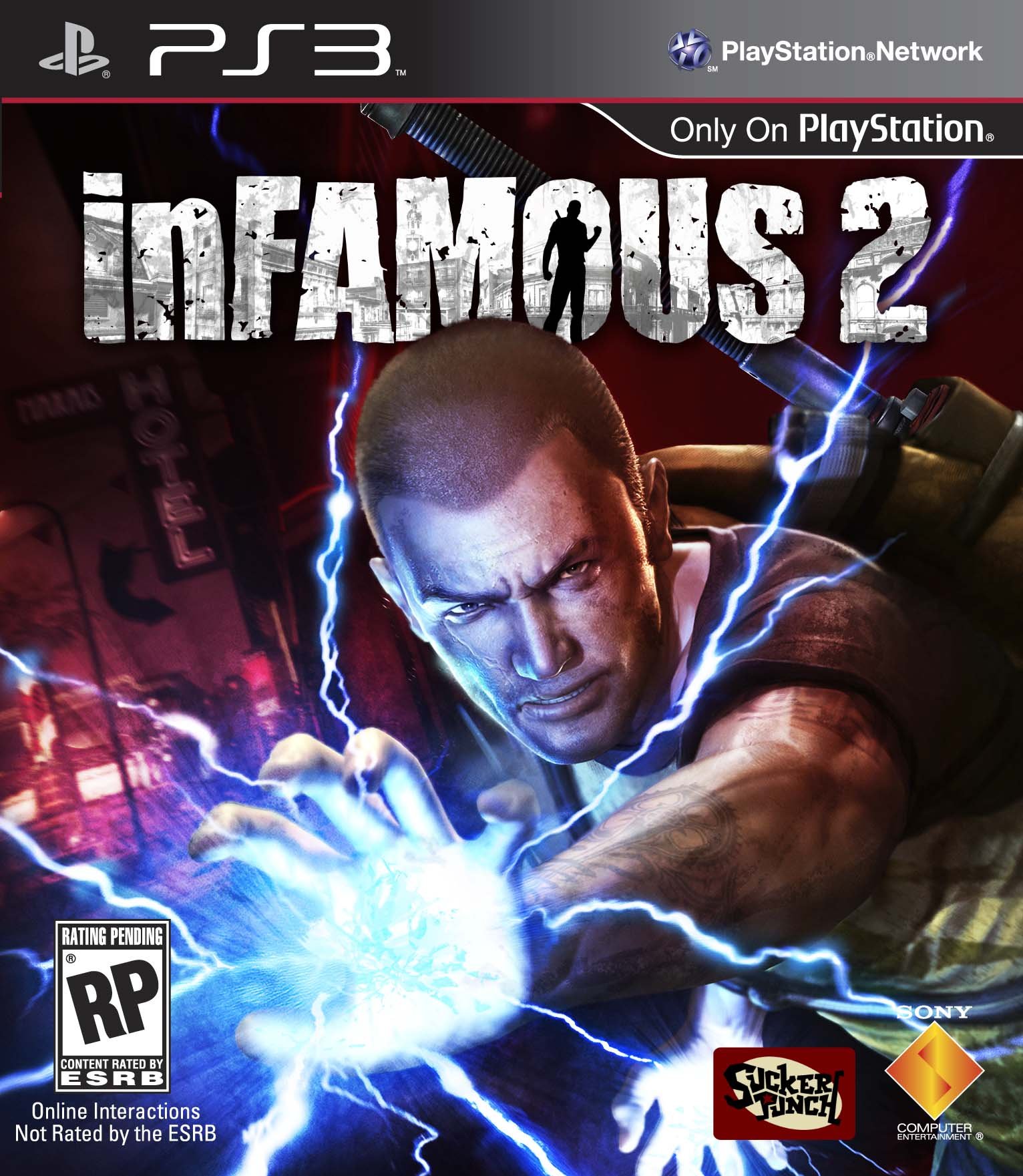