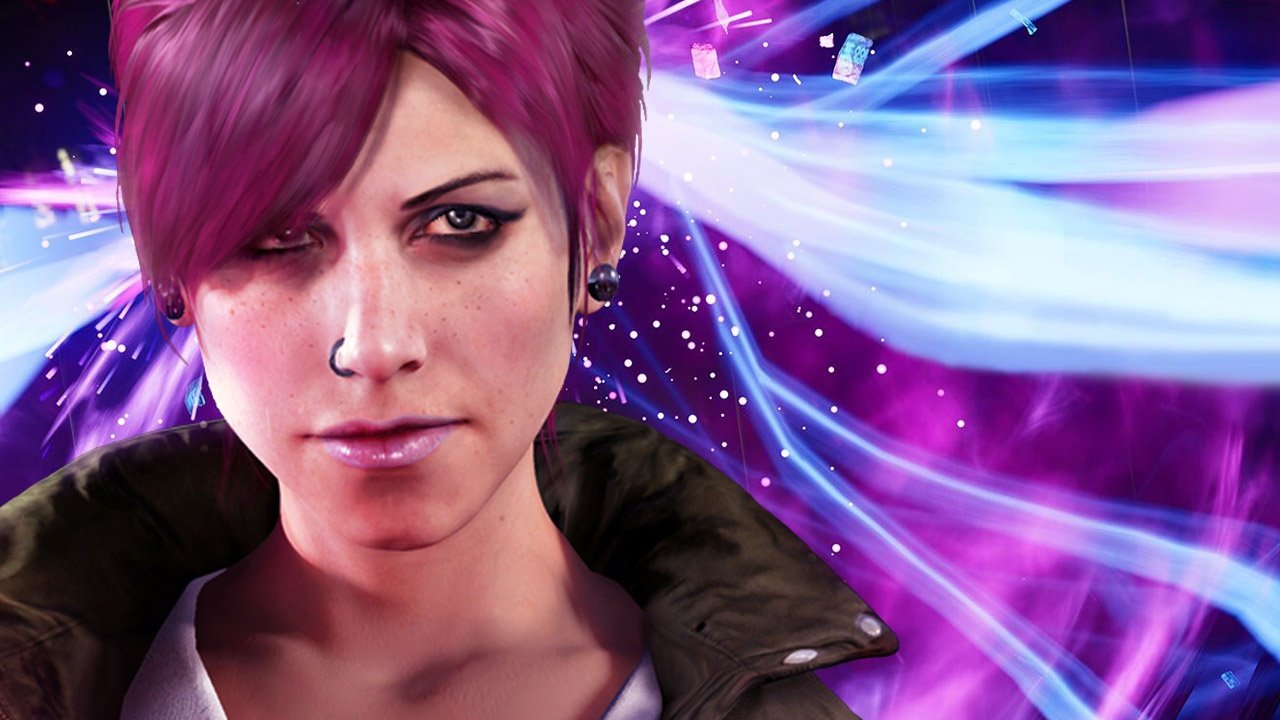 Infamous: Second Son only just debuted on the PS4 a few months ago, and became one of the first must-own titles for the new console. Now, at the tail end of August, the first bit of downloadable content is available for the game, and, surprisingly, it not only moves the focus away from Delsin Rowe, hero Second Son, it’s also a standalone game, not requiring the previous game to work. So, for anyone curious about the Infamous game on the PS4 that isn’t willing to commit to full retail price, there’s now a $14.99 “sampler” of sorts available. Buyer beware, however, this will spoil certain aspects of the main game for those with no experience.

Abigail “Fetch” Walker was the second Conduit (aka person with super powers) Delsin Rowe encountered during his Seattle adventure, and though her background was outlined in Second Son, Sucker Punch saw fit to dedicate First Light entirely to her. This is her story, through and through, and while it’s not as well written as some of the better stories in games today, some a strong performance by Laura Bailey—as Fetch—manages to sell what are otherwise weak scenes. This DLC explains all of Fetch’s motivations by the time Delsin encounters her, so for people the prefer to have the story unfold in its original order, it’s best to avoid this DLC. For people that have played the game already—or those that simply don’t care about chronology—this adds some much needed depth and characterization to one of the more interesting characters in the Infamous world.

In technical terms, this is identical to Second Son. The same gorgeous lighting, graphics and unlocked frame rate are all here. The photo mode that was patched in later also appears here for aspiring bullshot artists. Months later, this is still one of the highlights of the PS4 graphics, showing off what the console can do when the focus is given to its potential. For audio, much of it has been recycled from Second Son. This is especially true for sound effects (understandable) and soundtrack. Of course, this is DLC, not a brand new game, so allowances need to be made.

As for the game itself, in some ways, this is a return to the first two Infamous games. With the focus entirely on Fetch and her neon powers, Sucker Punch locks us into one power-set and then proceeds to ramp up and vary it in ways that Delsin never could. For people that loved the neon powers in Second Son—and many did—this is a big selling point, as Fetch’s repertoire of neon abilities is surprisingly versatile. Whereas neon was confined in Second Son largely to being a precision ability for sniping, with a dash of super speed thrown in to traverse the city quickly, First Light reveals that Fetch was essentially holding out on players. She has an enormous range of abilities, from traversal to some devastating aerial and/or area attacks, and even homing missiles of a sort, and with the morality system entirely removed from the game, Seattle is Fetch’s playground for mass destruction. Neon was fun in Second Son, but it’s really, really fun when under the more robust command of Fetch.

There’s also a secondary area, the Curdun Cay detention facility, which is part of the story, but also an auxiliary “challenge mode” where players can unleash Fetch on increasing waves of enemies for more skill points to upgrade powers, or to compete in leaderboards. It also adds considerably to the three-to-four hour lifespan of the First Light story, concentrating on pure tactics and gameplay in a way the more story-based Seattle portion can’t. This is where players can really cut loose with the powers, get in some practice and compete with their friends, It fulfills the same role as the Challenge Rooms in the Arkham series, and is just as fun for purists that want to concentrate on mechanics and player skill.

For $14.99, First Light packs in an impressive amount of entertainment for its asking price. Players looking to acquire the platinum trophy for it will play far beyond the four hours of story finding collectibles and taking on challenges to max out Fetch’s abilities. It’s still not quite in the upper echelons of classic DLC such as Red Dead Redemption’s zombie expansion Undead Nightmare, but it’s got far more value than the average DLC available for most games. Players that enjoyed Second Son and loved the neon powers should download this immediately.

Infamous: Second Son only just debuted on the PS4 a few months ago, and became one of the first must-own titles for the new console.