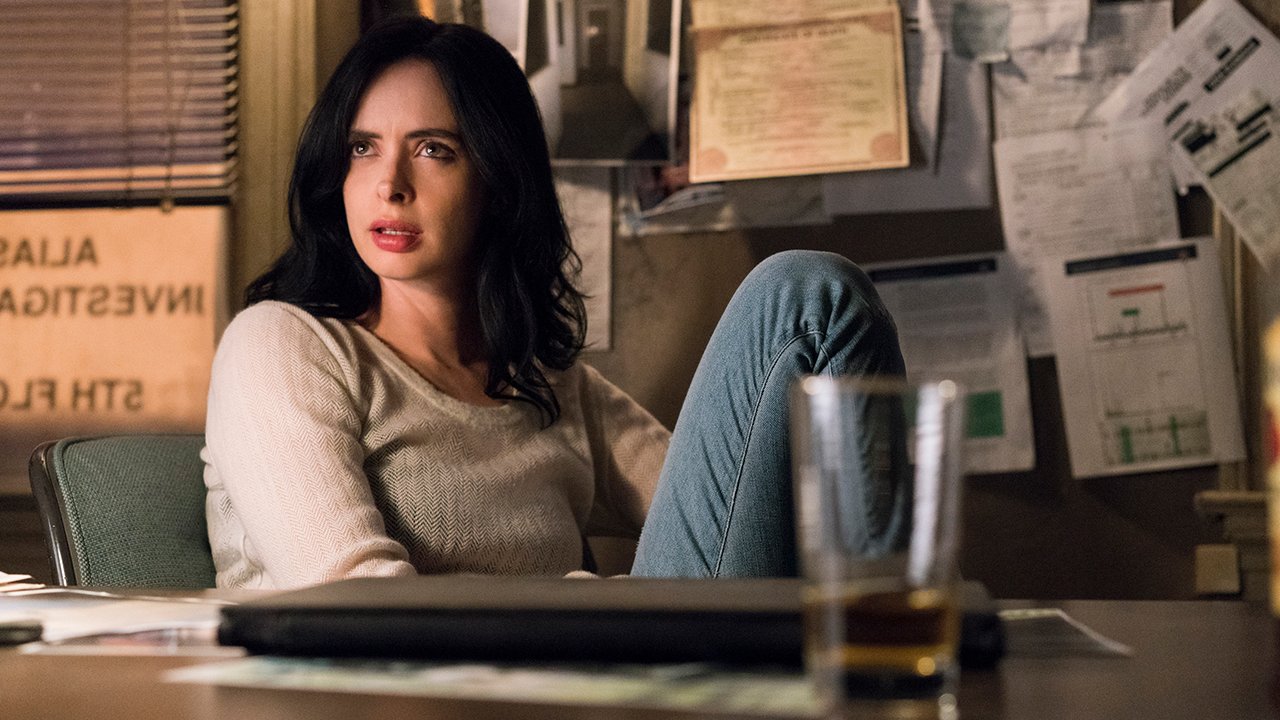 After surviving the tepid second half of Luke Cage‘s first season, the “how did this get greenlit” Iron Fist, the disappointing Defenders, and the uneven Punisher, I’m hungry for a good Marvel Netflix show again (I hesitated to say “Marvel TV show” because Agents of Shield is killing it compared to most of Netflix’s offerings). Marvel’s whole Netflix initiative has been weird, to say the least, as they started off strong with their most arguable offering to date in Daredevil, then slowly pulled back in quality, almost like they blown their entire budgets early. Enter Jessica Jones to save the day, as she does.

Jessica was one of the best parts of Defenders, in part because her wit and general standoffishness worked well juxtaposed to the absurdity of the traditional doe-eyed heroes. It also carried much of the first season of her own show, even if the whole “Kilgrave is caught, Kilgrave escaped actually!” padding slowed things to a crawl (the complaint that season one was four episodes too long is something you could levy at nearly every Marvel Netflix series). Carrying into season two, the lengths at which the producers are trying to make Jones seem different is obvious. I get the whole jaded detective angle, the noir horns make that clear. Yes, Jessica still drinks and is cranky! It’s her thing and Ritter owns it. She’s also perfectly capable of becoming vulnerable when the occasion calls for it without it feeling forced.

I was given access to the first five episodes of season two, and that’s just enough for the main mystery to start to unravel. I was praying that the episode count wouldn’t remain at the bloated, contractually obligated “13” but here we are.  There is some padding, obviously. Jessica Jones Season 2 keeps loading rote Chekhov’s guns, but they’re inoffensive at worst. Where the series thrives is in its low key interactions, of which there are many this time around. Jessica putting on airs like she enjoys hanging out with a kid who looks up to “supers” is a nice little moment, as is pretty much any interaction with Jones’ new “employee,” her neighbour Malcolm, portrayed by the incredibly likeable Eka Darville.

We also get very quick vignettes like Jessica in an anger management class (which I would have liked to see more of, given how well Punisher portrayed support groups) and other fish out of water type scenes that aren’t overly played for laughs. At least in the front five, there’s a lot less “let’s fight this big bad” setup and a lot more “a day in the life of a super” moments. It never quite reaches the same highs as several other series, but it equally doesn’t dive down into their lows — and as we’ve seen, a few can get very, very low. We don’t get Kilgrave but we do have the token “traumatic backstory” angle that we got to see from nearly every other Netflix hero already, which is a little more understandable given that it wasn’t forced on us already.

The rest of the cast is given a little more to work with than playing off of Jessica or dealing with the cliched super soldier serum, as they did in the debut season. We get some insight into Trish’s Hollywood background and her tumultuous relationship with her former agent-mother, something I’d like to see more of, frankly, and in a more raw fashion. Netflix has so much to work with outside of the bounds of network television — real familial hurt and the painful breakage of the sinew of relationships is something they could stand to explore more.

The other player is Jeri Hogarth’s race for a cure for a newly discovered illness I won’t spoil; and this is the sort of boardroom drama I can get behind — an angle that was so severely lacking in Iron Fist. Jessica Jones gives us a little time with its cast on an island occasionally, without the need to attach them to the main plot. These diversions are usually just means to an end as they funnel in, but provide meaningful glimpses into the fabric of these characters. Again, for their flaws, this is a likeable cast that sells me on the idea that Jessica Jones, as a series, matters.

I doubt Jessica will get the gift of a eucatastrophe by the end of the season. After all, this is the dedicated edgy side of the Netflix MCU, and she’ll likely suffer some sort of emotional turmoil or loss by the end of it. But given how attached I am with Ritter’s enigmatic performance, I could deal with a dead-end story or two to find out what’s going to happen by the journey’s end.

Jessica Jones's second season doesn't have a Kilgrave-sized hook, but I don't mind at all seeing these characters again. 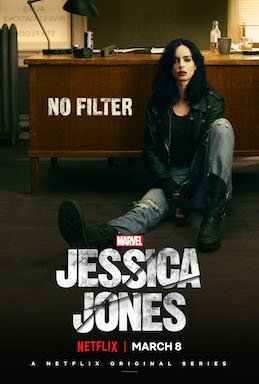