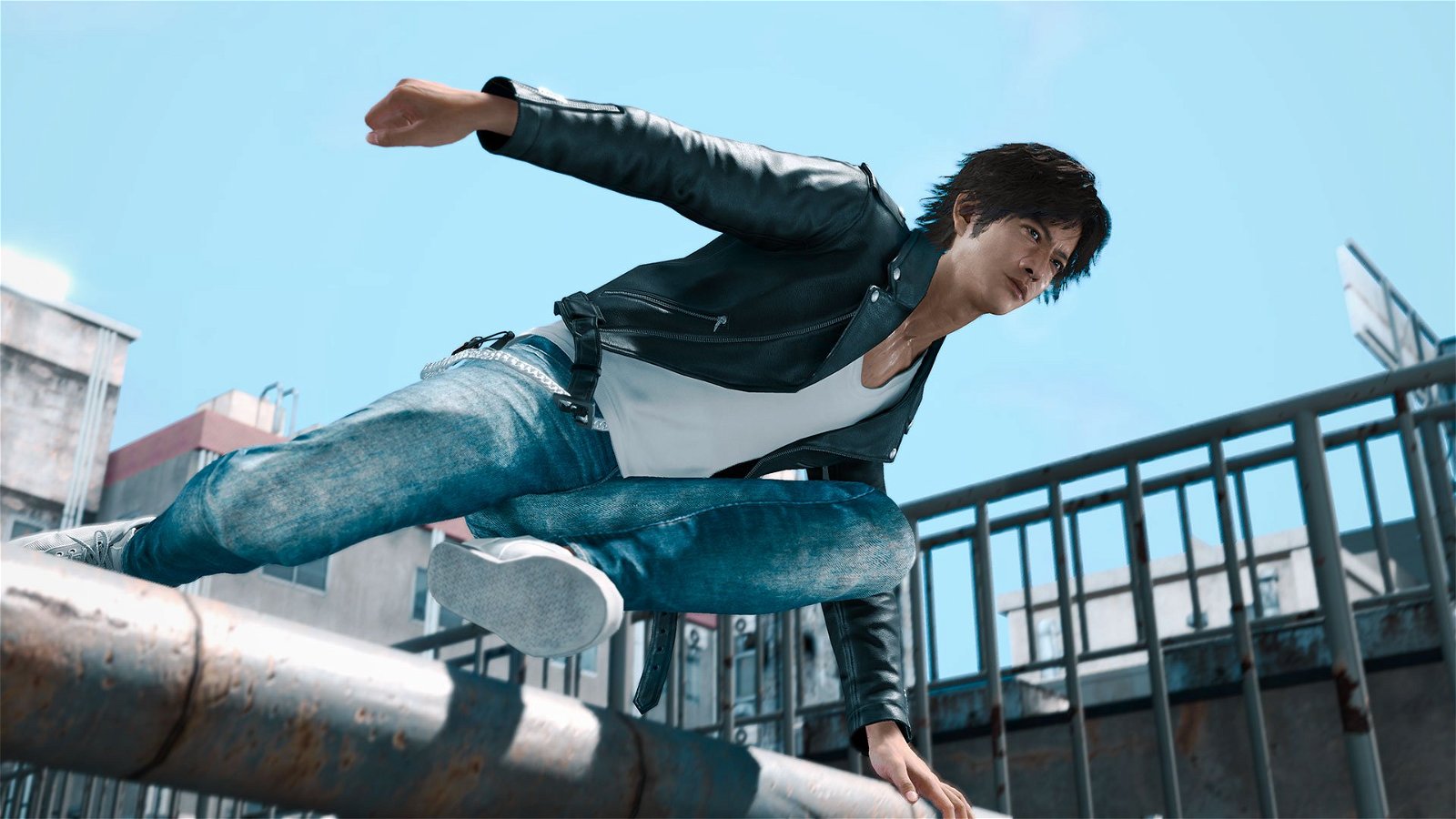 Previously a PlayStation 4 exclusive, Judgment has been remastered for PlayStation 5, Xbox Series X|S and Google Stadia. Yes, you read that last one correctly.

It’s remarkable how much a fresh coat of paint can make an old, familiar room feel brand new, and in the realm of videogames there is likely no developer who understands this better than Sega’s illustrious Ryu Ga Gotoku studio.  Under the steady guidance of its founder, Toshihiro Nagoshi, the Ryu Ga Gotoku team has been refreshing, re-imagining and recreating the Yakuza franchise for over 15 years in various guises, including remasters, remakes and even samurai period spin-offs which have yet to see release in the West.

One thing that has generally remained constant across all the mainline Yakuza titles however is their shared fictional setting of Kamurocho, which is based on the real-life Japanese district of Kabuki-cho, the infamous Red-Light District of Tokyo.  And just as the massive, urban sprawl that is Tokyo has inevitably changed and transformed over the past decade-and-a-half, so have the streets of Kamurocho, which thanks to the constant, forward march of technology has continued to believably represent the city’s many changes in architecture and trends while also retaining familiar landmarks that have more-or-less remained the same over the series’ various installments.  Beyond each Yakuza game’s epic (and often ridiculous) storyline, the constant mix of both new and familiar makes up a huge part of the franchise’s charm.

It goes without saying then that when the 2019 Yakuza spin-off Judgementarrived in the West on PlayStation 4, Ryu Ga Gotoku Studio was placing a huge wager based on the enduring legacy of that charm.  Featuring a story almost entirely unconnected to the Kazuma Kiryu saga and starring the voice and face of Japanese mega-celebrity Takuya Kimura (who to this day still remains a virtual unknown outside of Asia), releasing Judgment in the West signified a bold, hard lean by Nagoshi and crew into Yakuza’s growing international popularity as well as the concept of Kamurocho as a living, breathing world that could host many different stories.  Clearly, that gamble was a smart one.  CG’s own Preston Dozsa gave Judgment an 8.5, praising it as a “great reason to explore Kamurocho once more”.

Since then, of course, the Yakuza franchise has spread its wings beyond PlayStation to rival platforms such as PC and Xbox only to enjoy even more critical and commercial success, so today’s release of the next-gen remaster of Judgment makes a lot of sense, particularly on Xbox Series X|S where many gamers are experiencing several of the mainline Yakuza games for the first time via Xbox Game Pass.  Curiously however, Xbox One and PC are the odd platforms out with this release, as the remaster is only available on Xbox Series, PlayStation 5 and strangely, Google Stadia.

Aside from the obvious significance of yet another previously PlayStation-exclusive Yakuza title appearing on an Xbox platform, the big deal with this remaster is how the enhanced visuals and buttery-smooth 60-frames per-second performance heighten the experience when playing the game.  Having dabbled with the original PS4 version around the time that it launched, the key word that comes to mind when trying to explain the difference is… “transformative”.  The framerate performance issues that were common in the original version of the game are practically all gone (the PS4 and PS4 Pro versions struggled to maintain 30fps), resulting in cutscenes that are more immersive and engaging, and faster, fluid combat that is more responsive.

The latter is especially important in Judgment as the game’s protagonist, private detective Takayuki Yagami, practices a form of Kung Fu that specializes in flowing moves that are often highlighted by flashy, explosive alpha effects that often buckled the PlayStation 4’s weaker hardware.  Even the recent remaster of Yakuza 6: The Song of Life is unable to match its successor Judgment in terms of stable performance on Xbox Series X, despite both games using the same game engine (Ryu Ga Gotoku’s own “Dragon Engine”).

As of this writing I was unable to uncover the specific resolution of the remastered Judgment’s “refined visuals”, but they are well above the original version’s 900p on PS4 and PS4 Pro.  Combined with the smooth framerate, the game treats its players to crisp, clear and highly detailed environments that will have players appreciating every dented can and busted cellphone littering the street as well as gorgeous principal character closeups that will see players examining every pore on Yakuza Captain Kyohei Hamura’s pock-marked face.  As a next-gen port there are certainly moments where the game betrays its previous-generation source, like Tak’s ex-Yakuza buddy Masaharu Kaito and his LEGO “helmet hair” or NPC faces that have been recycled across multiple Yakuza series installments, but honestly, hyper-realism has never been a main draw for these games.

Another huge benefit of this remaster is the speedy, SSD-enabled load times. Judgment effectively repurposes Yakuza 6’s version of Kamurocho along with many of its interior environments but also adds many of its own that are unique to Tak’s story, and transitioning between these interiors and the streets outside is nearly seamless when a load is necessary. In fact, more often than not there are no visible loads at all. As an example, early-on in the game I managed to shock myself when upon leaving Tak’s agency office in a hurry I ended up leaping out of the second-story window onto the street below when I had only intended to look through it before I ran down the stairs.

As someone who used to live in Japan and visit city centres such as Tokyo and Osaka on a regular basis, I simply can’t get enough of wandering around Judgement’s Kamurocho, completely ignoring the mini-map, trying to enter any storefront that will allow me in and then exploring every corner, shortcut or exit it might have (It’s the closest thing to Japan window shopping that I have left).  The seamless loading is a huge contributor to that feeling of immersion and feels snappier than it did in Yakuza 6.  Unsurprisingly, loads from cutscenes to gameplay and vice-versa are also extremely speedy.

Finally, the Judgment remaster includes all the DLC packs that were sold alongside the original PS4 release, which for comparison’s sake still go for over $45 CAD collectively on the PlayStation Store. Whether the DLC is actually worth that much is debatable, but for interested gamers who might want to trick out their flying drone for participation in races, outfit their potential girlfriends in snazzy outfits that they may or may not wear while out with you on a date, power up their combos with special modifiers, or turn their detective agency office into a shrine to idol Haruka Sawamura or a den for cute kitty cats, at $54.99 CAD the game has practically paid for itself already.  And naturally, the fully-voiced English and Japanese voice-overs have made it over intact.

So, to echo my colleague Preston’s opinions, Judgment is a fantastic way to revisit Kamurocho, especially if you’re looking to change things up a little from the usual “Yakuza grind” and experience how civvies in the district live (or at least the civvies who are former lawyers turned Private Eyes that know martial arts).  It’s also a great introduction to the world of Yakuza for those who have never been, with practically none of the baggage.

Lastly, with its much-welcomed next-generation improvements in framerate, resolution, and load times plus the inclusion of all previously released DLC, the next-gen remaster of Judgment is hands-down the definitive way to experience the game.  And if you like what you see and happen to be an Xbox Game Pass member, remember that there are seven other Yakuza games on the service just waiting for you to try them out once you’re done playing detective.

Final Thoughts
With its much-welcomed next-gen improvements in framerate, resolution, and load times plus the inclusion of all previously released DLC, the next-gen remaster of Judgment is hands-down the definitive version to own.
More From CGMagazine 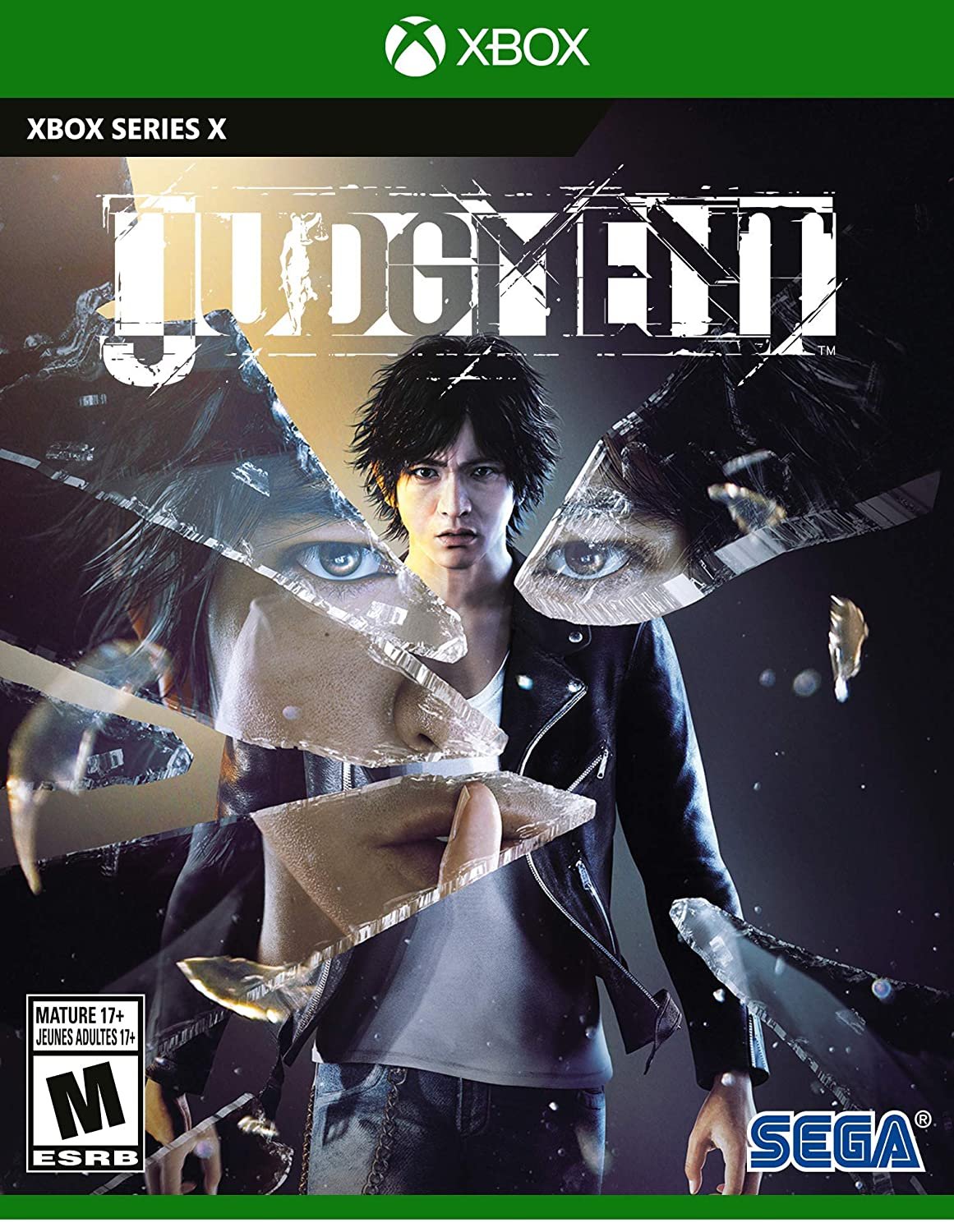