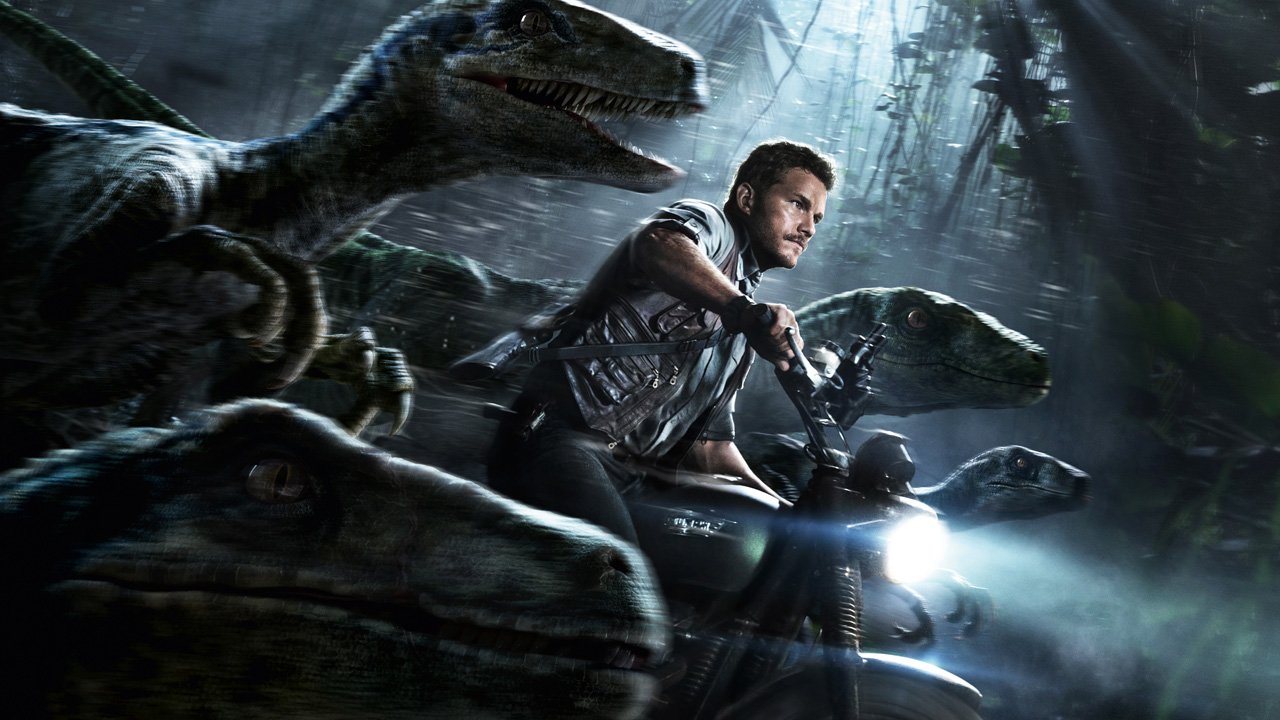 Not many movies get to have a sequel a full 22 years after the release of the original, but such is the appeal of Jurassic Park. Times may change, but children will always love watching dinosaurs rip humans and theme parks into smithereens. This 4quel has been in the works for what feels like forever. Jurassic Park III might not be fondly remembered, but it made enough money for Universal to crave another trip back to the park for quite some time. After endless debate and development, unexpected action star Chris Pratt was brought on to make this puppy a reality and the results are…well, not that bad actually. Make no mistake, it’s not that good either. Certainly all of the wonderment and enchantment that Steven Spielberg infused into the original is long gone. However, those who crave big stupid CGI monster movie entertainment with a hint of humor at least suggesting that the filmmakers are aware how deeply dumb it all is, then it’s worth the price of a ticket.

As with all oft-delayed sequels Jurassic World has a variety of plot threads competing for attention left over from the many previous drafts of the script. First there are the kids (this won’t take long), a teen (Nick Robinson) and a tyke (Ty Simpkins) who are sent off to the park by the parents and whom the movie seems to be about initially until they get their big dino attack sequence and they are essentially shoved into the background of the rest of the movie whenever the filmmakers remember themselves, “Oh right! Those kids!” Their aunt (Bryce Dallas Howard) runs the park and in a cheeky bit of in-jokery (there’s lots of that here) she laments the fact that people just aren’t as impressed by the concept of seeing dinosaurs as they were 20 years ago, so she’s got to seek bigger and better ways of pulling interest out of the masses. Her latest project is a genetically spliced up dino called the Indominus Rex, a self-camouflaging mixture of a T-rex and anything else the screenwriters need to get the monster out of jams. The new creature is particularly dangerous, so hopefully it doesn’t escape. That would be awful! (Spoiler: it does).

Howard also has to contend with Vincent D’Onofrio, a jerky secretive dink from corporate office who is working on all sorts of nefarious projects involving weaponizing dinosaurs for the government or something (truthfully, it’s hard to even tell what he’s up to and the filmmakers have some fun mocking that). D’Onofrio has Chris Pratt on the ground helping with the project and Pratt has managed to train velociraptors, which is only mildly less stupid than when Sam Neil learned how to talk to them last time. Pratt also once took Howard out on a disastrous date, so oh boy do they ever hate each other! You know, the kind of hate that could turn to love if they were required to depend on each other to survive in some sort of horrible dinosaur outbreak. Wouldn’t ya know it? That’s exactly what happens! It’s trouble time in dino town again, with dinosaurs causing havoc all over the place. Tons of tourists, scientists, and security officers die in the carnage, but thankfully we’re only required to care about the central semi-family, so it doesn’t matter. Plus to make it even harder to take all of the death seriously, Jake Johnson and Lauren Lapkus pop up as a pair of geeks monitoring park security between rounds of ratatat banter. As part of the film’s massive nostalgic streak for the original JP, Johnson even wears a vintage Jurassic Park t-shirt from ebay and laments how the original park didn’t need genetically modified dinosaurs to sell their thrills (you know, just like the geeky audiences members in his age range feel about this movie!).

It definitely seemed odd when Jurassic World ended up assigned to director Colin Trevorrow, a man with only the gentle sci-fi indie comedy Safety Not Guaranteed to his name. But once that parade of in-jokes starts, it’s clear he was the man for the job. It’s easy to imagine a po-faced version of this movie that’s infinitely worse, but Trevorrow wisely has characters make mocking comments about all of this sequel’s idiocies and excesses before the audience has a chance. It might not fix those problems, but it certainly makes them easier to swallow. He’s also got a knack for crafting dino-set pieces. Sadly all of it is CGI and some of CGI that looks worse that the animation in the original flick. However, Trevorrow makes up for that lack of quality with heaping loads of quantity. The last hour of the film essentially rockets from one dinosaur action scene to the next, culminating in a massive multi-species battle royale that feels ripped straight from a Godzilla movie. It might get a little tiresome after a while through sheer dino-overload, but there’s no denying that when this movie is cooking, it’s a hell of a lot of fun.

However, like most ginormous summer blockbusters, it’s also as empty and disposable as fast food. Sure, the original Jurassic Park might have made it’s bones off of serving up astounding dino images that audiences didn’t even dream were possible at the time. However, it also served up compelling characters worth following along that journey, a few nuggets of ideas worth thinking about, and a narrative that actually featured pace and rhythm rather than endless sensory assault. Jurassic World offers none of these things, so while it’s fun in the moment, it’s as instantly forgettable after as that The Rock Vs. An Earthquake movie from a couple weeks ago called…um…you know. Even Pratt and Howard (who are genuinely compelling actors) do little beyond sell the scares, stuck in characters with no personality beyond what’s necessary to get to the next action sequence. For all the expensive CG dino action and wink-nudge humor, the flick is ultimately a completely disposable summer time waster with nothing to offer beyond dino-bang-bang. Thankfully, that’s all most people should want from a fourth Jurassic Park movie arriving 22 years after the start of the franchise. So it’ll do just fine.

It definitely seemed odd when Jurassic World ended up assigned to director Colin Trevorrow, a man with only the gentle sci-fi indie comedy Safety Not Guaranteed to his name. But once that parade of in-jokes starts, it’s clear he was the man for the job. 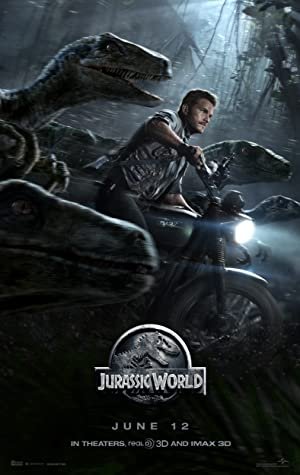