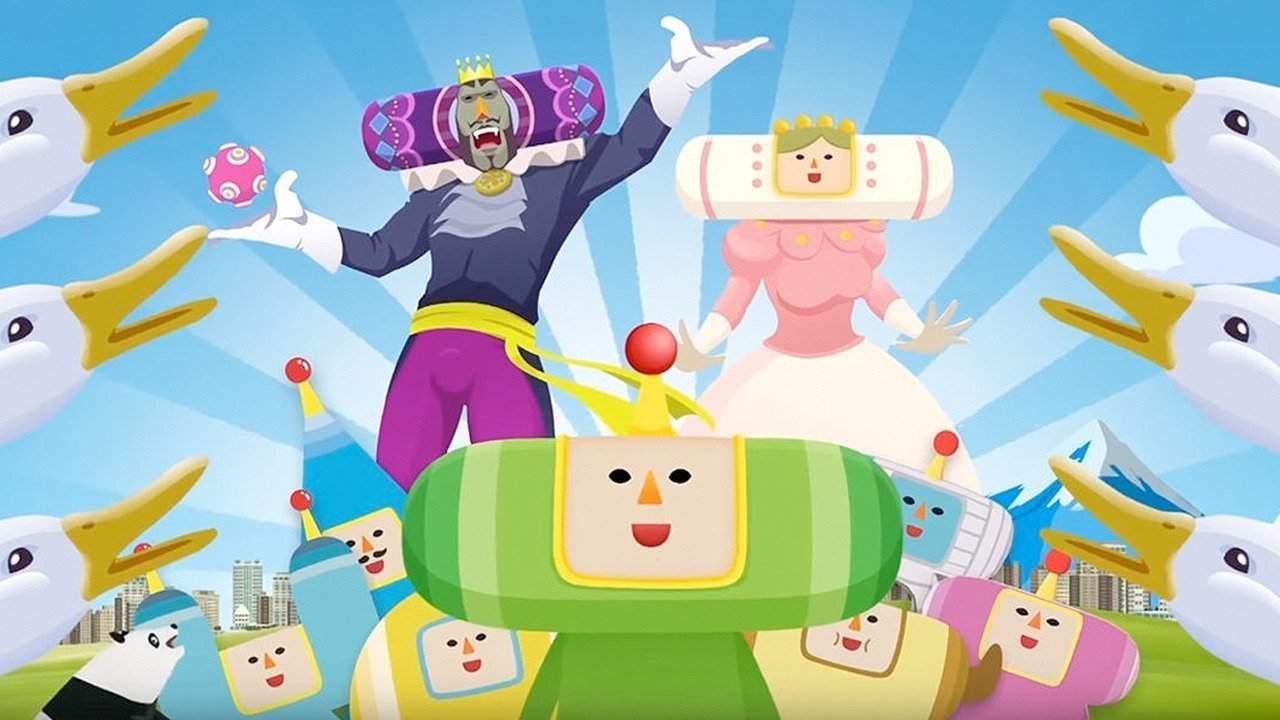 Katamari Damacy Reroll, an HD remake of 2004’s Katamari Damacy,is a charming game of rolling up Earth’s clutter to replace the stars in the sky. From the smallest push pins and coins to picking up skyscrapers, oil tankers, and entire cities, you’ll slowly catch them all in the stick ball (the katamari) you’re rolling. It’s as goofy and delightful an experience now as it was fourteen years ago – a game of pure joy, heart, and fun.

If this is all new to you, the King of All Cosmos has accidentally destroyed all the stars, and it falls to the tiny Prince to rebuild them one at a time with Earth’s junk. You do this by rolling the sticky katamari around, grabbing steadily larger objects until you’ve picked up enough to create a star. Given that there are tons of items lying all over the place, this shouldn’t be an issue.

Katamari Damacy Reroll dwells in mundane lives, having the Prince rolling around grabbing coins, batteries, cookies, and other clutter. It doesn’t sound compelling to essentially be picking up garbage, but the game makes it endlessly silly and fun in various ways.

For starters, the world around you is bustling. You might be rolling around underfoot collecting ants and paperclips, but there is a lot going on. Mice might be running by, chasing a piece of mobile cheese. Crabs wander about. People – colossal compared to your current state – go about meals and chores. There is so much to watch as you roll on by, the game constantly offering you little moments that hint at side stories and outside existences.

This grows even more entertaining as you get bigger. As you pick up items, the katamari grows larger, letting you pick up steadily bigger things. This slow growth soon changes your perspective on things, with those rats and crabs shrinking to the point where you can pick them up in the katamari. Your influence over events, and your ability to create mayhem with your sticky ball, increases over time, encouraging that sense of mischief to come out as you roll things up.

There’s also that twinge of excitement as you pick up items you’d previously bounced off of. If you’re not big enough to grab something, you’ll bounce off of it, losing some items in the process. This also happens if you ping off of one of the living creatures, often happening many times in a given round. So, when you get bigger and can scoop up that remote control car that has been giving you grief, there’s a powerful satisfaction. That, and the satisfaction you feel as you see just how many things you can pick up.

Seeing the upper limit of what you can grab is another source of fun as you collect things in Katamari Damacy Reroll. You start out so small at the beginning of the game that it’s hard to imagine you’ll slowly be grabbing whole towns with a mammoth katamari, but you do. That sheer scope as you grow makes for a lot of enjoyment, and is just another part of the game’s ridiculous sense of humor.

Messing with objects and seeing what you can roll up look incredible with Katamari Damacy Reroll’s HD upgrade. The visuals and text all pop off the screen, giving players many colourful things to look at as they play. It’s so much sharper than the original version was, and encourages you to savor its playful art style that much more.

The music is a huge part of the game’s playful nature as well. Katamari Damacy Reroll brings back the original’s varied soundtrack, going through a number of genres and styles as players cause trouble for the local population. It seems like such a meandering soundtrack would make the tone uneven, but it all suits this whimsical form of play. It’s lost none of its shine in almost fifteen years, either.

Katamari Damacy Reroll brings a few more changes to its modern Switch port. Playing with the Joy-Cons docked is a bit unwieldly, but the game’s original control scheme was a bit imprecise as well, showing little improvement. This can result in a lot of messing around as you try to scramble out of a corner or regain control, which can get annoying at times. Still, when you’re rolling around a ball of oil tankers, you’re probably not going to stop on a dime.

The Switch remake also offers motion controls, although these will take a great deal of work to get used to. Tilting in various directions will let you guide the katamari, although making these mimic the regular controls doesn’t add anything to them. Also, depending on what your normal resting state is for your hands when you play, you might find the ball rolling around constantly, making it hard to stop and reassess where you want to roll. It’s a neat addition, but feels more suited to goofing around.

Two-player mode returns in Katamari Damacy Reroll, but with some issues. You will both battle to see who can make the biggest katamari in three minutes, and you can roll each other up if one of you gets larger than the other (which never ceases to be funny/infuriating). The problem is in controlling the game with a single Joy-Con, as the game’s complicated control scheme is hard to boil down into so few buttons. It’s another mode where you’ll have to practice hard to get its specific controls down, but it can be enjoyable once you do.

Few titles seem to capture the timelessness that Katamari Damacy Reroll does. It’s bright visuals and silly play style are just as fun and unique now as they were years ago. Rolling to see how big you can get and whose lives you can interfere with is still a blast. While its new control scheme and play modes add very little, they don’t take away from how good it is to see this game in vibrant HD color.

Few titles seem to capture the timelessness that Katamari Damacy Reroll does, with bright visuals and a silly play style that are just as fun and unique now as they were years ago. 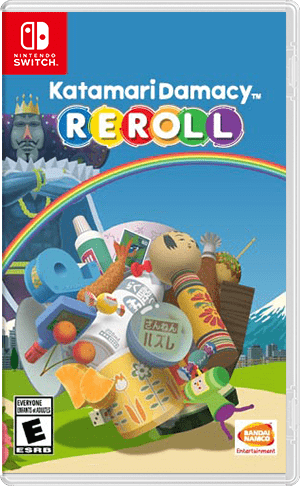