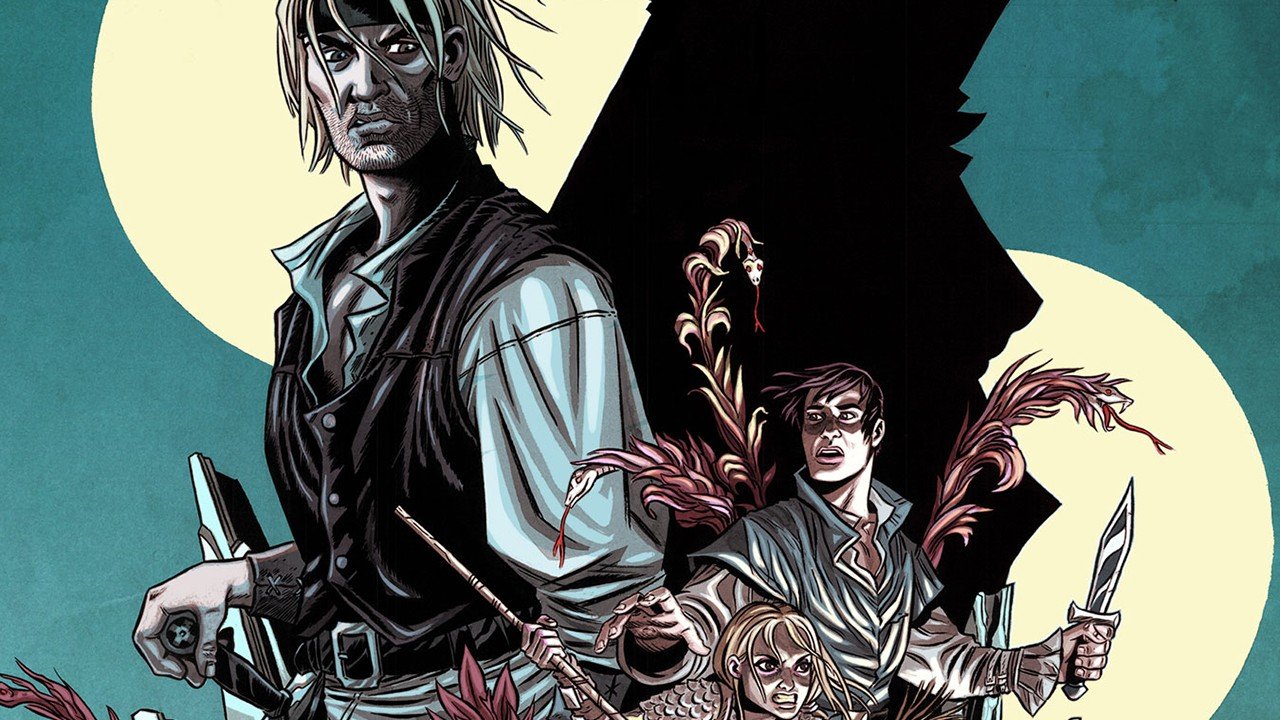 The Kill Shakespeare boys are back with a new chapter of their epic tale based on Shakespeare’s works and characters. The Tide of Blood #1 does not disappoint, blending a strong story and art that picks up right where the last volume left off.

Poor Romeo is haunted by nightmares in the form of giant phantom versions of fellow Prodigal rebels, punishing him for his lack of direction, weakness and proclaiming him unworthy of his place among them. As the giant phantom of Juliet Capulet chastises him, is it any wonder that she turned to Hamlet’s embrace instead? It’s a surreal thing to see this love-struck man whose tale we all know so well, apart from his lady love. Considering their original tale ended in woe, it may be better for both of them if Lady Capulet sticks with Hamlet for now. Romeo’s torment is cut short by a mysterious woman, who threatens the phantoms with a book that holds so much power they are quickly intimidated to let Romeo go. In a world where Shakespeare is the almighty god, it seems apt for a book to hold such power. As the phantoms leave, Romeo’s spirit is broken but the cloaked woman promises that she will come for him.

With that, Romeo awakes and has a brief, bitter conversation with the tavern girl he laid with that night before stumbling off with his drink. It’s a sad shadow of the man who was declared master of arms but is now too much of a drunkard to bear them. Romeo is in shambles, angry at what has befallen him and seemingly unable to escape the despair he’s wrapped up in. Fate has something grand in mind for him that readers will learn about by the end of this issue.

The Tide of Blood throws you right into an exciting new plot filled with mystery, magic and the introduction of more than a few of Shakespeare’s creations. It’s not too entrenched in the previous storyline so new readers could definitely pick this up. McCreery and Del Col’s wordplay is very clever, mixing enough familiar jests and jabs that it’s unmistakably Shakespearean, without being so convoluted that it’s difficult to follow, a common complaint for those who are not fans of the Bard. Belanger and Shari Chankhamma make an excellent art team, creating a distinct look for this volume that I find particularly striking in the cold climate scenes. Overall, it’s a great first issue that should definitely be on your shelf.

Oh and if you’re a collector, there are several exclusive covers (including a Silver Snail variant cover, if you’re in Toronto or Ottawa) for this issue too. A great way to support Canadian content!

The Tide of Blood #1 does not disappoint, blending a strong story and art that picks up right where the last volume left off.