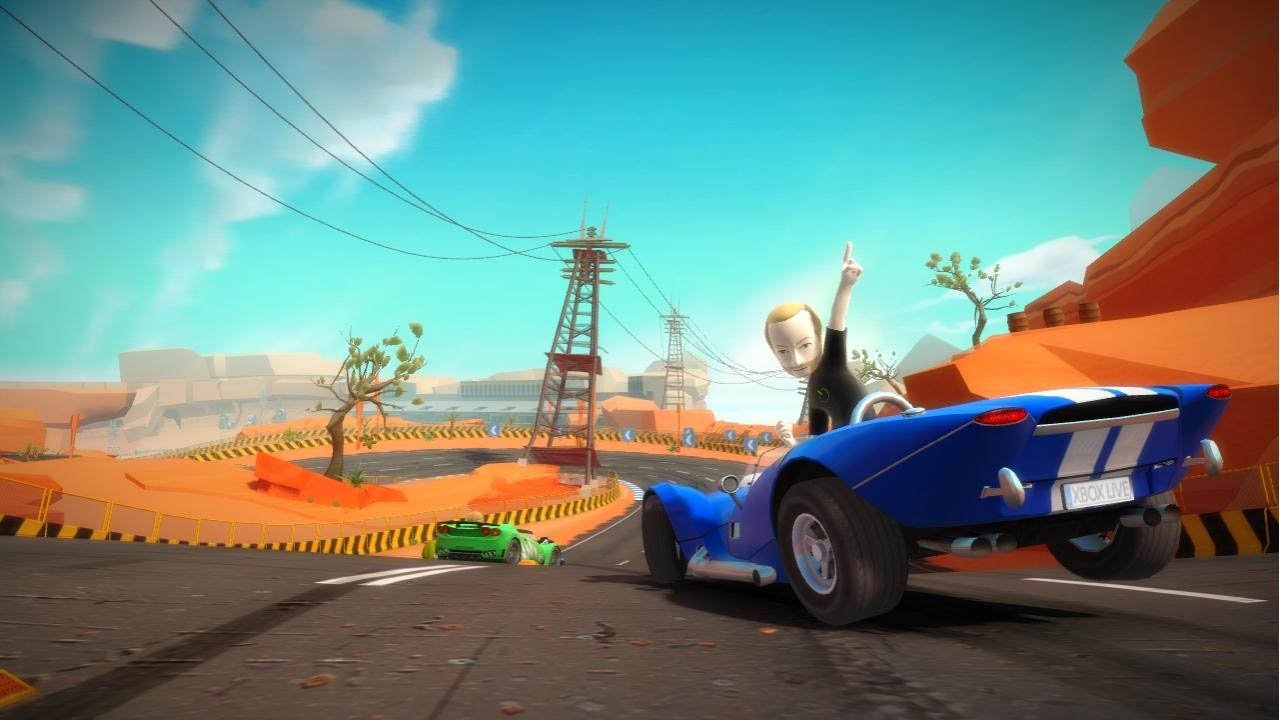 Kinect Joy Ride is one of the games shuttled out the door to demonstrate the potential for Kinect’s “Your body is the controller” gimmick, but it’s a game only in the most forgiving sense of the term. It would be more accurate to call it a tech demo that should have shipped for free, and anybody who demands anything from the gameplay will be both bored and disappointed.

Getting into the details, Joy Ride is a racing game with most of the usual trappings. There are multiple tracks, seven gameplay modes, and plenty of cars and trophies to unlock, although nothing is licensed and the graphics are only slightly better than Wii Sports, so don’t be fooled into thinking that the disc has depth.

Low production value aside, the game’s elephantine flaw is that the player can’t communicate with the road. Joy Ride keeps you moving forward at a constant speed in order to compensate for Kinect’s lack of buttons, and the result is a game that only offers the illusion of interactivity. You hold your hands in front of you to steer and you can lean back to charge up a boost, and that’s pretty much it.

Success is entirely a function of luck and the controls are so loose that steering – which is the one thing that a racing game has to do right – is virtually impossible. A slight hand twitch is as likely to send you careening into a wall as it is to take you around a bend, to the point that even straight-aways can be hazardous to navigate.

The issues become even clearer whenever you hit a jump. You’re encouraged to do barrel rolls and 360s whenever you go airborne, but the car automatically executes perfect landings and your movements have no relationship to the rotation of the vehicle. All you can do is flail your arms like an inebriated air traffic controller and hope that your car will maybe do a flip.

The notion of gameplay diversity is similarly superficial, since six of the seven gameplay modes – which run the gamut from drag races to skateboard-style half-pipe jaunts – feel functionally identical, and it makes the thin design even more transparent. The online play is laughable – I could never find an opponent – and the weapons added in the Battle Races make a random game even more random.

It’s telling that the only moderately interesting gameplay mechanic doesn’t have anything to do with driving. Trick mode asks you to hold a series of poses for the camera, and it actually works as intended. Unfortunately, there are only two such courses, so it’s not nearly enough to break up the on-rails monotony.

If it wasn’t abundantly clear already, Kinect Joy Ride is every kind of bad. It’s easily the worst of the Kinect-branded titles, and it doesn’t even have enough novelty value to interest casual players. Give it a pass, and find a good kart racer if you still need a cartoonish high-speed fix.

Kinect Joy Ride is one of the games shuttled out the door to demonstrate the potential for Kinect’s “Your body is the controller” gimmick, but it’s a game only in the most forgiving sense of the term. 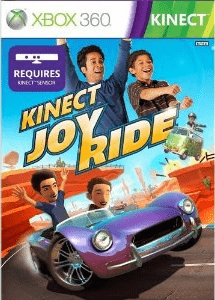