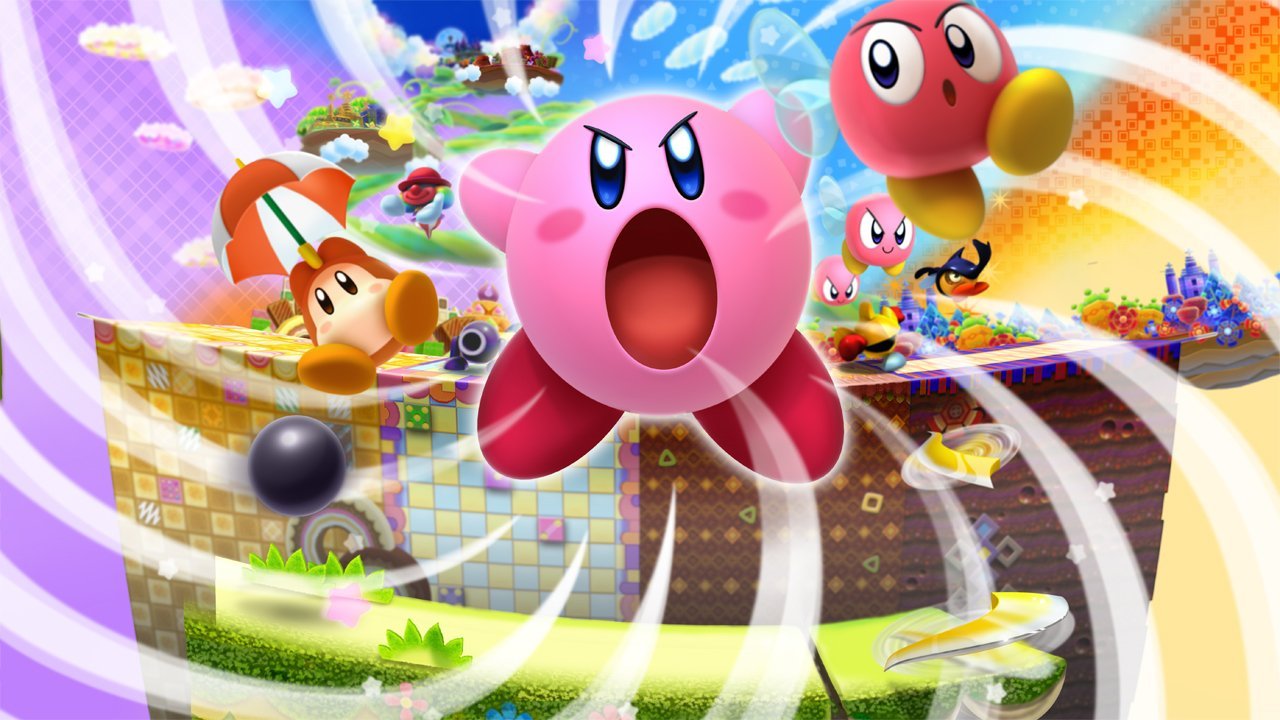 Everyone’s favorite pink ball of expanding goo (or whatever that guy is supposed to be made out of) is back. Not only that, but the only flagship Nintendo character to debut on the Game Boy is bringing his adorable ways into the palm of your hand. That’s right, of course I’m speaking about Kirby. That little guy who sucks up bad guys and turns them into weapons like some sort of horrible sexist joke that I won’t make. The franchise has been kicking around for over 20 years now and like most Nintendo franchises, every few years Nintendo dusts it off and paints on a fresh coat of varnish for a new adventure. For Kirby’s 3Ds debut, Nintendo has given the little guy one of his best games in years and one that takes full advantage of all of the Nintendo handheld system’s bells n’ whistles. Some gamers may sniff at the game’s difficulty level (or lack there of), but for me there was too much fun to be had to care.

Now, there is a story, but it doesn’t really add up to much. Essentially a big ol’ beanstalk erupts from the ground in Kirby’s Dreamland that sends Castle Dedede (no points awarded for guess who lives there) rocketing into the sky. Kirby goes to check it out assuming that Dedede is up to no good only to discover that the king has been kidnapped by a spider. Deciding that he likes the somewhat evil duck despite their decades-spanning battles, Kirby decides to chase after Dedede and the adventure begins. So, yeah, if that plot means something to you, congrats. Like most Nintendo platformers, it’s really just an excuse to kick off a familiar game style that we all know and love.

As Kirby you’ll climb up the beanstalk and run through a few worlds with bosses at the end. On a fundamental level, it’s all classic Kirby material. Once again, you’ll be bouncing through a side-scrolling platformer levels and sucking up enemies to absorb their powers. There are 26 different power ups for Kirby this time, ranging from classics like Kirby with a sword to weird new additions like Kirby with circus related attacks, ninja Kirby, and boxing Kirby. Regardless, each and every power is a blast to use. If there’s one problem with the game, it’s that the power ups are too powerful. Until the last world, the game isn’t particularly challenging if you’re barreling through without picking up all the hidden items. This is a game geared at youngsters after all. Older players will just have to appreciate the design while sliding through levels with ease. Thankfully, it is a pretty damn gorgeous design.

Without a doubt, Kirby: Triple Deluxe makes the best use of 3D than any 3DS game since Super Mario 3D Land. Pretty much every level takes place on three planes of action, with Kirby and enemies jumping from one to next for some excellent eye-popping visuals. Some bosses even attack or paint the screen directly for wonderful visual gags and the game proves just how much fun developers can have with the 3DS’ unique screen if they feel so inclined. With silky smooth animation and endless cutie-pie designs, the visual presentation is just stunning throughout and adds quite a bit to the experience. You’ll also occasionally tilt the controller around for some mini motion-based action like aiming rockets and that works well in small bursts without ever being a distraction. The only other major new addition to the Kirby formula in story mode is the new Hypernova power that turns Kirby into a super-powered suck machine that can swallow up entire houses, blocks, and massive enemies. It pops up regularly throughout the game and the animation is so well done in these segments that you’ll really feel the extra power. It’s a consistently fun new addition that will hopefully stick around in the inevitable Kirby sequels.

Finally, when you’re done blasting through the main mode of the game (as well as picking up all of the collectable key-chains and completing the time trials), there are a couple of bonus mini-games available that are uncommonly good. First up is Kirby Fighters, a Smash Brothers-style 4 person brawler between the 26 different powered up Kirbys. This can be played in multiplayer or single player and works really well. Obviously, it’s not as deep as Smash Brothers, but the folks at HAL Labs put a lot of effort into the level design that really pays off in a mini-game that’s actually worth sinking some time into (what a novelty!). Next up is Dedede’s Drumdash, a truly bizarre mixture of a platformer and a rhythm-based music game that is a little tricky to get used to and surprisingly challenging. It’s not quite as much fun as the fighter mini, but still adds value to the package. There are also two other hidden mini-games that I am forbidden to discuss by the secret-keepers at Nintendo; however, I will say that one is quite fun and involves additional screentime for a certain King. Overall, this is a pretty great handheld package for Kirby fans and one of the best 3DS titles to come along in a while. As always, Kirby is the most child-centric of all Nintendo properties, so don’t expect any Donkey Kong level challenges. However, Kirby: Triple Deluxe is as fun a game as the pink airball has ever received. It’s a shame about the stupid title, but other than that there’s very little for Nintendo fans and aficionados to complain about here (trust me, I tried!)

As always, Kirby is the most child-centric of all Nintendo properties, so don’t expect any Donkey Kong level challenges. 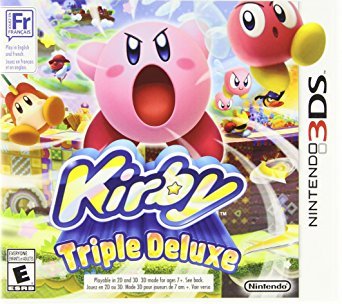