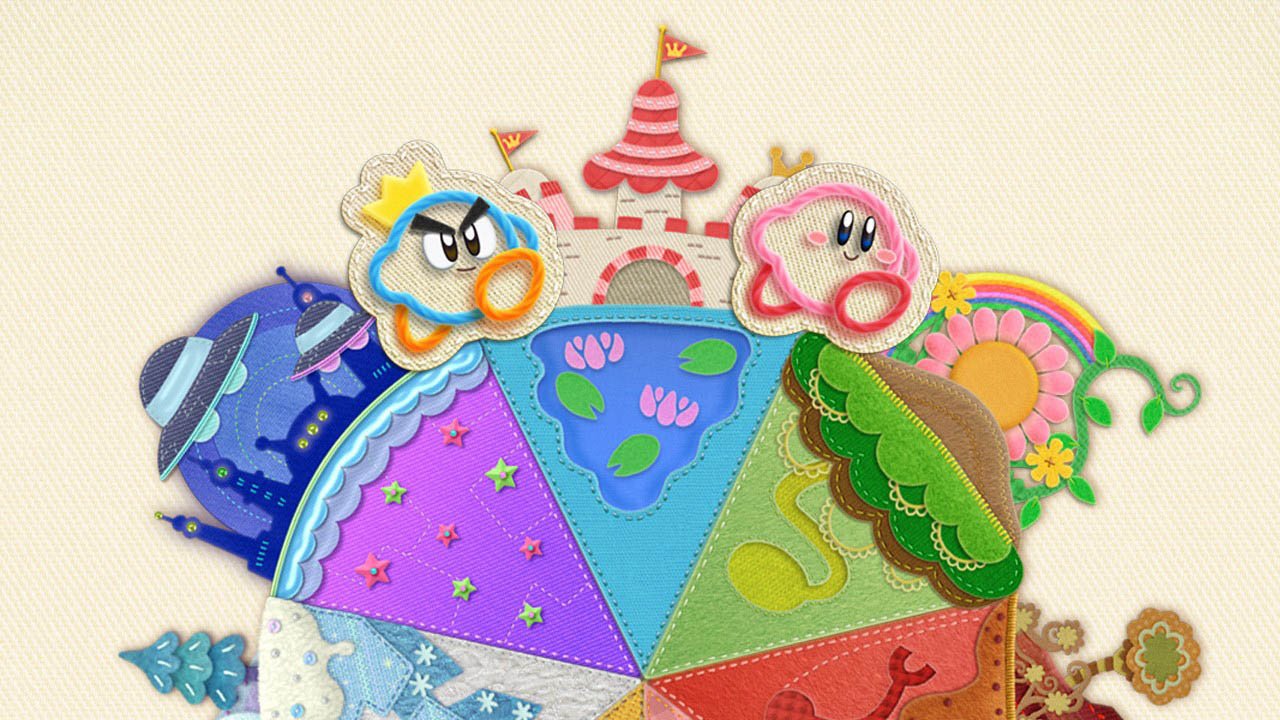 Kirby’s Epic Yarn demonstrates that kid-friendly need not be a curse word in gaming circles. Nintendo’s latest offering is one of the fluffiest, most adorable games ever created, but the cartoon façade is built upon a fantastic gameplay and design foundation that more than makes up for everything the game lacks in bullets and explosions.

For the uninitiated, the visual gimmick in Kirby’s Epic Yarn is that everything – from the stitch platforms to Kirby himself – is made entirely out of yarn, fabric, and various other supplies lifted from the kindergarten arts and crafts cupboard. As you’d expect, the corresponding narrative gives the developers a license to be cute.

The evil sorcerer Yin-Yarn has left his native Patch Land and has set his sights on Kirby’s Dream Land. Recognizing Kirby as a threat, Yin-Yarn uses a magic sock portal to send Kirby to the fractured Patch Land, where he joins forces with the blue Prince Fluff to help stop Yin-Yarn and restore order to the realm.

The tale – or the yarn, if you will – is presented like a children’s storybook, as an unseen narrator reads the script with the same tone of voice that parents reserve for bedtime stories with children. It’s all quite safe and politically correct and there’s an overriding message about the importance of friendship.

Unlike a typical Pixar movie, the humor here is not for all ages, and some people may find the relentless cuddliness to be a little disarming. Kirby’s Epic Yarn is written for children with childish sensibilities, and there’s genuine innocence pouring out from every stitch of the design.

That’s not meant to be a criticism. Despite the unapologetically cute construction, Kirby exudes a nearly irresistible charisma that transcends youth and cynicism. The game puts you in touch with the inner child that you thought you’d forgotten, inviting you to indulge latent sentiments deemed inappropriate in adult interactions.

Getting into the details, Kirby’s Epic Yarn is essentially an NES-era platformer in which go right until you can’t go right anymore. You can jump, dash (you transform into a car), and use yarn to lasso various enemies and objects, and that’s pretty much it. By the time you’ve finished the first stage, you’ll have everything figured out.

The game manages to remain interesting thanks to some superlatively creative level design, as Kirby’s Epic Yarn benefits from a seemingly inexhaustible supply of good ideas. Every stage presents unique yarn-based obstacles and you’ll want to keep playing simply to see what kinds of wonders await.

That’s especially true given the nearly seamless integration of gameplay and style (pun not intended). You can unravel enemies, swing from buttons, pull on loose threads to shrink the landscape, and undo zippers to reveal concealed areas, and it’s delightful to discover the new ways for background elements to intrude on the interactive plane.

Add everything together, and Kirby’s Epic Yarn is the best kind of pure platformer. It’s uncomplicated and accessible, with an aesthetic that will win over casual observers and a plethora of collectible secrets to sate more experienced fans. Much of the joy comes from exploring the environments looking for hidden nooks and crannies, and there’s a surprising amount of variety to the gameplay.

To be more specific, since Kirby is now nothing more than a piece of string, his outline can be reconfigured into multiple gameplay-altering guises. At various points you’ll become a UFO, a dolphin, a dune buggy, a tank, and a fire truck, amongst other possibilities. The changing controls are always intuitive and add a welcome dimension to the left-to-right platforming.

If it seems like the praise is overly effusive, well…there just really isn’t much to criticize. Some may find Kirby’s Epic Yarn to be too easy, primarily because it’s virtually impossible to die. However, a forgiving game is not necessarily the same thing as an easy game, and any complaints about the lack of a difficulty curve are severely overstated. The platforming scales appropriately as you progress through seven worlds and making it through a level completely unscathed is seldom a guarantee. You won’t accidentally defeat Yin-Yarn.

Kirby is essentially a video game without a fail clause, and it’s appropriate given the younger target audience. Since you’re not likely to be forced to quit, you’re able to play for as long or as little as you’d like, and it makes the welcoming charms that much more seductive.

The game is also not without tougher challenges for those willing to seek them out. Each level houses two pieces of furniture that can be used to decorate apartments in a complex owned by Don Wooly. The furniture itself is more or less irrelevant – your apartment is little more than a digital dollhouse – but finding the proper accessories will persuade 5 tenants to move in and challenge you to a series of straightforward race-against-the-clock mini-games like ‘Hide and seek’ and ‘Collect the Beads.’

The bonus games provide some substantial value for more practiced players. Completing all of the side-missions and unlocking all of the extras easily pushes the disc past the 10-hour mark, and at no point is it ever stale or stagnant.

In the unlikely event that you do get bored, you can have a friend take control of Prince Fluff for some jump-in/jump-out cooperative action. The levels are exactly the same whether you’re playing alone or with a friend, so the addition of a second puffball just makes everything significantly sillier. You can grab the other player and generally cause harmless (and entertaining) mischief within the regular confines of the game.

If you’re the type to purchase Call of Duty on day one, you may be convinced that you’ll never like a game as saccharine as Kirby’s Epic Yarn, but I’d strongly advise anyone reconsider. It’s a must buy for anyone with kids in the house, and even the unencumbered will find plenty to love in the colorful vistas and engrossing gameplay. Kirby’s Epic Yarn is a triumph, and you don’t need to be a child to get lost in the adventure.

Final Thoughts
The game manages to remain interesting thanks to some superlatively creative level design, as Kirby’s Epic Yarn benefits from a seemingly inexhaustible supply of good ideas.
More From CGMagazine 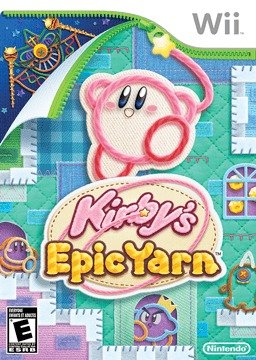