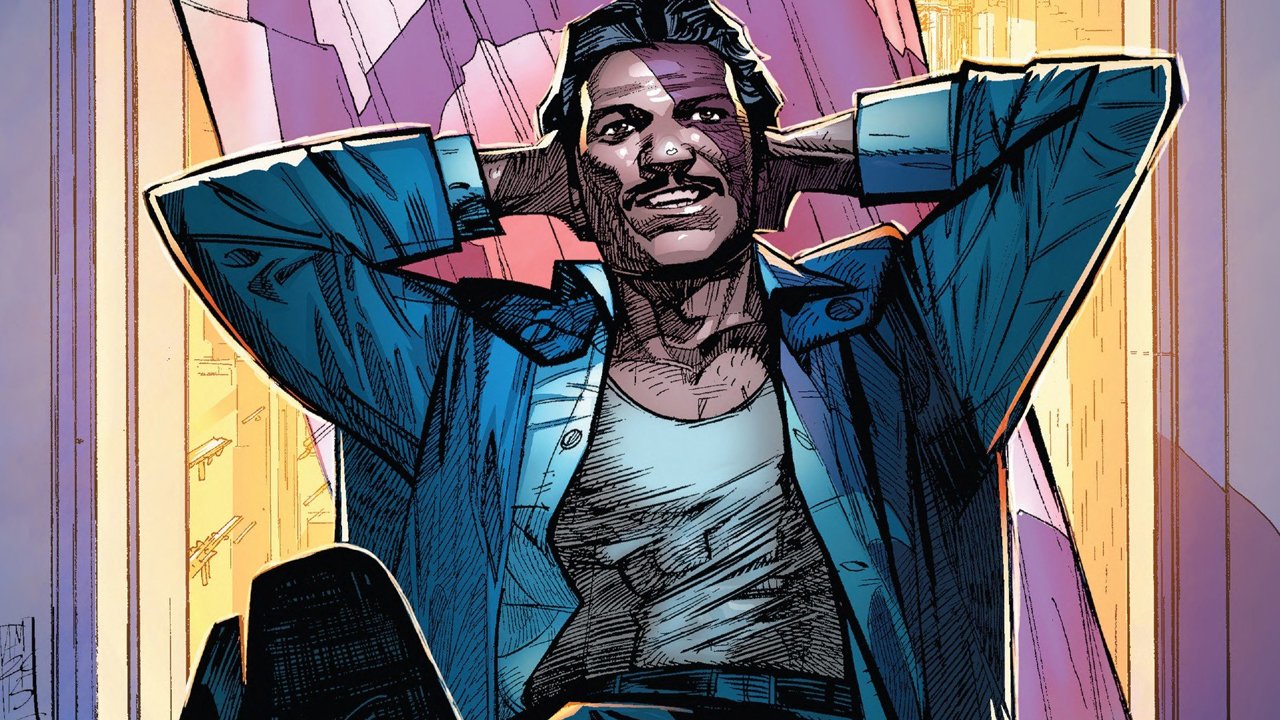 The Force has awoken with Marvel Comics.

This weekend, Rogue One: A Star Wars Story was released in theatres and blew the collective minds of Star Wars fans the world over. With Star Wars hype continually hitting light speed, Disney (the parent company that owns the Star Wars franchise) has continued to bring its other subsidiaries into the fray. One such company is Marvel Comics. Since being purchased by Disney, Marvel has been releasing a long list of Star Wars comics (check out my article: The Ever Expanding Universe of Star Wars Comics for more), stimulating ever-hungry fans that want more titles and storylines. Included in this assortment of stories is a five-part mini-series (now graphic trade) starring that charming scoundrel fans first met in The Empire Strikes Back—Lando Calrissian.

Marvel’s Lando series is set prior to the events of Episode V. The story begins with Lando having seduced a female Imperial Governor into giving him a precious item that he uses to pay off some old debts—sound familiar? But when he returns to Papa Toren, the creature to whom he was indebted, only a portion of his debt is exonerated. This forces Lando’s hand. To clear the debt, he and his band of smugglers must steal a ship from an Imperial shipyard. Yet, only after seizing the ship do they realize the cargo; this cruiser is personally owned by the Emperor and there are sensitive Sith related items on board.

Lando is a solid mini-series filled with intrigue, mystery and a few surprises. It provides Star Wars fans a chance to spend some quality time with one of the more popular secondary characters in the Original Trilogy. Lando himself is all he’s expected to be: suave, selfish, and self-assured. Series writer Charles Soule does delve deeper into Lando’s motivations and finds he has quite a big heart after all. Guarded, yes… self serving, sure. Yet, beneath it all, Lando shows he is redeemable, even if he did set up Han on Cloud City. Lobot is Calrissian’s right hand man, as he is in The Empire Strikes Back, and Lando remains loyal to him right to the bitter end.

Speaking of Lobot, Soule gives readers a treat by exposing a character that is of limited importance in the Original Trilogy but has garnered interest among fans. In Lando, Lobot actually speaks and is more human than how he’s portrayed in The Empire Strikes Back. As Jiminy Cricket was to Pinocchio, Lobot acts as Lando’s conscience. He is a voice of caution and reason. He tries to keep Lando from turning to his scoundrel ways—albeit to no avail—and he keeps seeing the best in Lando right up until the series’ end. Lando and Lobot’s connection is reminiscent of Han and Chewie. Both Lando and Han need sidekicks who look up to their captains but are never subservient to them.

The artwork in Lando is well done. Alex Maleev paints a picture of a Lando Calrissian that fans remember. Wisely, Maleev has not changed Lando’s appearance at all, and that choice helps the series considerably. The dramatic action is intense, and Maleev fills panels with foes squaring off with knives, lightsabers and blasters. During downtimes, Maleev keeps the reader engaged with a delicate subtleness that is one of the successes of the five issues.

All in all, Lando is a good series. The plot is decent. The story is solid. The art is satisfying. Will the series be one to remember for a long time? Doubtful. But it was enjoyable and brought readers into the world of two characters fans have undoubtedly wanted to get to know up close and personal.

Final Thoughts
Lando is definitely worth reading, giving that charming scoundrel the spotlight he deserves.
More From CGMagazine