The Legend Of Zelda: The Wind Waker HD (Wii U) Review 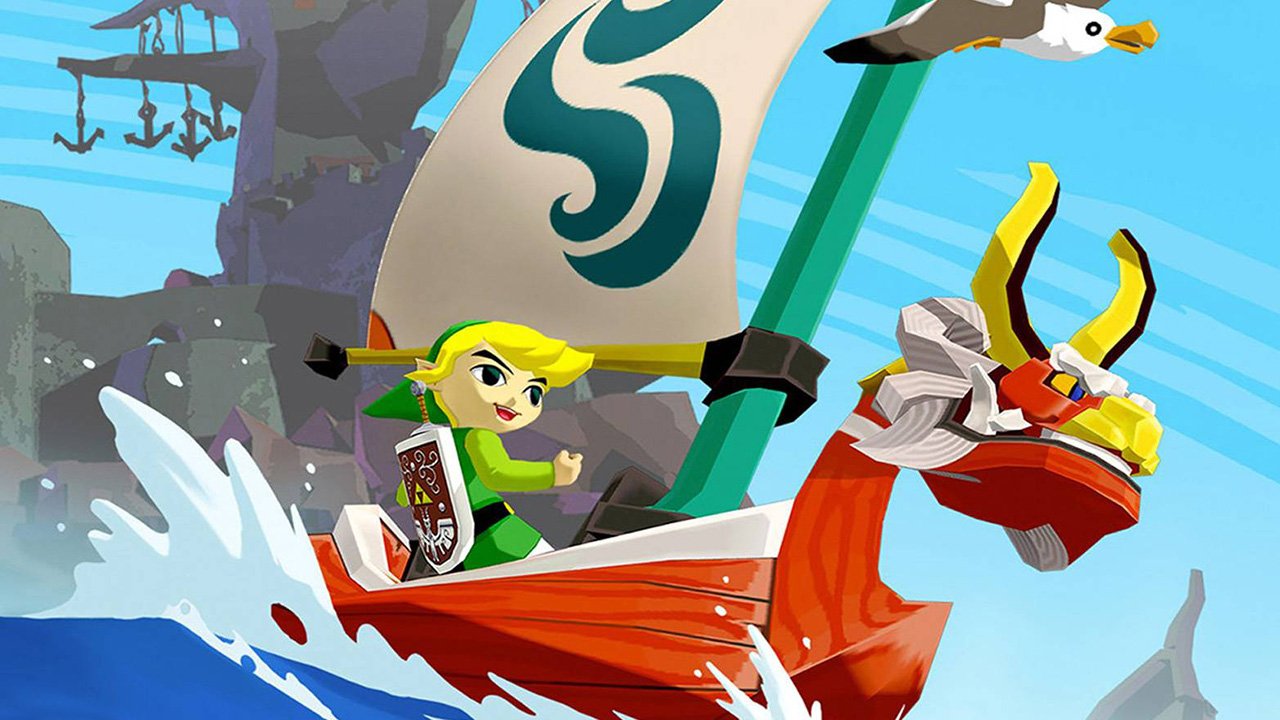 Back when the 3DS launched, one of Nintendo’s first big moves was to port over the N64 classic Ocarina Of Time with a graphics upgrade and the addition of sweet, sweet 3D. While it’s always disappointing for a major launch title to simply be a port, there was no denying how much fun it was to tackle one of the greatest games ever made in the palm of your hand with some shiny new visuals. Now Nintendo has gone and done it again on the Wii U. With the inevitable latest chapter in Links never-ending quest to solve puzzles and collect rupees still months away, the big N has offered to tide fans over with a sparkly new edition of The Legend Of Zelda: The Wind Waker. This one can’t quite match the crowd-pleasing bliss of Ocarina 3D simply because the game being ported was always more of a cult favorite than a classic. However, the cutesy pants version of Zelda holds up quite well ten years later, and the designers have thrown in just enough upgrades to make it look pretty on the new system. The flaws of the original remain and it doesn’t exactly feel like a necessary release. But for the software starved early Wii U adopters, it is a pleasant distraction that can eat up plenty of gaming hours.

I guess the best place to start discussing the game is the visuals. When Wind Waker was first released many longtime fans of the series blasted the new design for being too kiddie and a failed attempt to fix something that wasn’t broken. Over time, opinion has shifted and the simple cell shaded visuals have become a cult favorite, even earning a character and level in the Wii edition of Smash Bros. Looking at the game now in HD, it’s clear the haters were wrong. This is a gorgeous, adventurous design that’s held up quite well over the years. In transferring Wind Waker to HD, Nintendo simply smoothed and the textures and added more dynamic lighting/shading and that’s just enough to make a decade old design look fresh again. Wind Waker truly is a feast for the eyes, and while the mild changes aren’t enough to make it look like a brand spanking new game, that’s almost missing the point. There’s great artistry to the simplicity of Wind Waker and anyone who’s never played the game before is sure to be wowed by the living comic book visuals when they pop the disc into their Wii U, even if it doesn’t push the system’s horsepower to the limit.

The story and gameplay are the same and again, that’s how it should be. Wind Waker was never Link’s finest hour, but it is one of his most entertaining and immersive quests. The story is stock Zelda, Ganon is up to his old tricks and dungeons/temples must be conquered to take that big jerk down. However, what always set Wind Waker apart from the rest of the series is the evocative world building. After plowing through a handful of dungeons on a guided journey, the vast Wind Waker world is opened up and it’s a joy to explore. The character designs are wonderfully unique, and the vast map offers so many fantastic nooks and crannies to get lost in. There’s incredible charm and character to this world, with all of the stock Zelda elements given a unique Eastern twist to fit into the storybook design that makes it feel both connected and divorced from the rest of the franchise. Nintendo wisely altered none of the core of the game so that both old and new fans can appreciate what makes Wind Waker such a special entry to the ongoing Zelda canon.

Now, Wind Waker was never a perfect game and Nintendo have been kind enough to make a few changes to smooth out this version a little more. The addition of the gamepad means that you can access and adjust your inventory during pause screens and just like when that option was added to Ocarina 3D, it greatly improves the speed and ease of gameplay. They’ve also improved the sailing elements that take up so much of the game time. Sailing always looked beautiful in the cell-shaded design, but took forever. Now you can choose to “swift-sail” which cuts down on sailing time by half and cuts down on the annoyance tenfold. The ship battles still have nothing on the incredible on-foot combat system (one of the elements of this game that did make a lasting impact on further entries), but that’s not too big of a deal. Unfortunately, other irritating areas of the game have not been improved. The stealth missions are still a massive P-in-the-A and the escort temples have not gotten any less annoying. I suppose altering these things would have frustrated purists, but they also would have improved the game so even the option to skip or alter these segments should have been offered. However, for those crazy few who think those portions and the game at large are too easy (are you mad?!) a new “Hero” mode has been added that doubles enemy attacks and cuts down on health refills… though I can’t imagine why that would be appealing. To each their own, I suppose.

Perhaps predictably, The Legend Of Zelda: The Wind Waker HD is both one of the finest titles on the Wii U and one of the most disposable. If you’ve played the game before, there’s no need to do so again unless you’re desperate to repeat the experience with a slight visual upgrade for the HD era. Those who hated it before won’t be swayed and those who loved it might prefer to stick with the original version for the full nostalgia trip. You simply can’t describe Wind Waker HD as a bad game. It is a beautiful and fun Zelda game unlike any other even if it is a decade past its prime. I suppose Nintendo’s primary audience will be too young to even remember what-the-F the GameCube was, and they’ll enjoy it for what it is. However, the pitiful launch sales in Japan have proven that the Wind Waker nostalgia market is not exactly as massive and dedicated as the Big N hoped and I’ve got a feeling this remake is going to have the same limited cult appeal that the original did back in the day. Ah well, if slow sales encourage Nintendo to produce more original content for their new system rather than dusting off and buffing up old classics, we’ll all be winners in the end.

Perhaps predictably, The Legend Of Zelda: The Wind Waker HD is both one of the finest titles on the Wii U and one of the most disposable 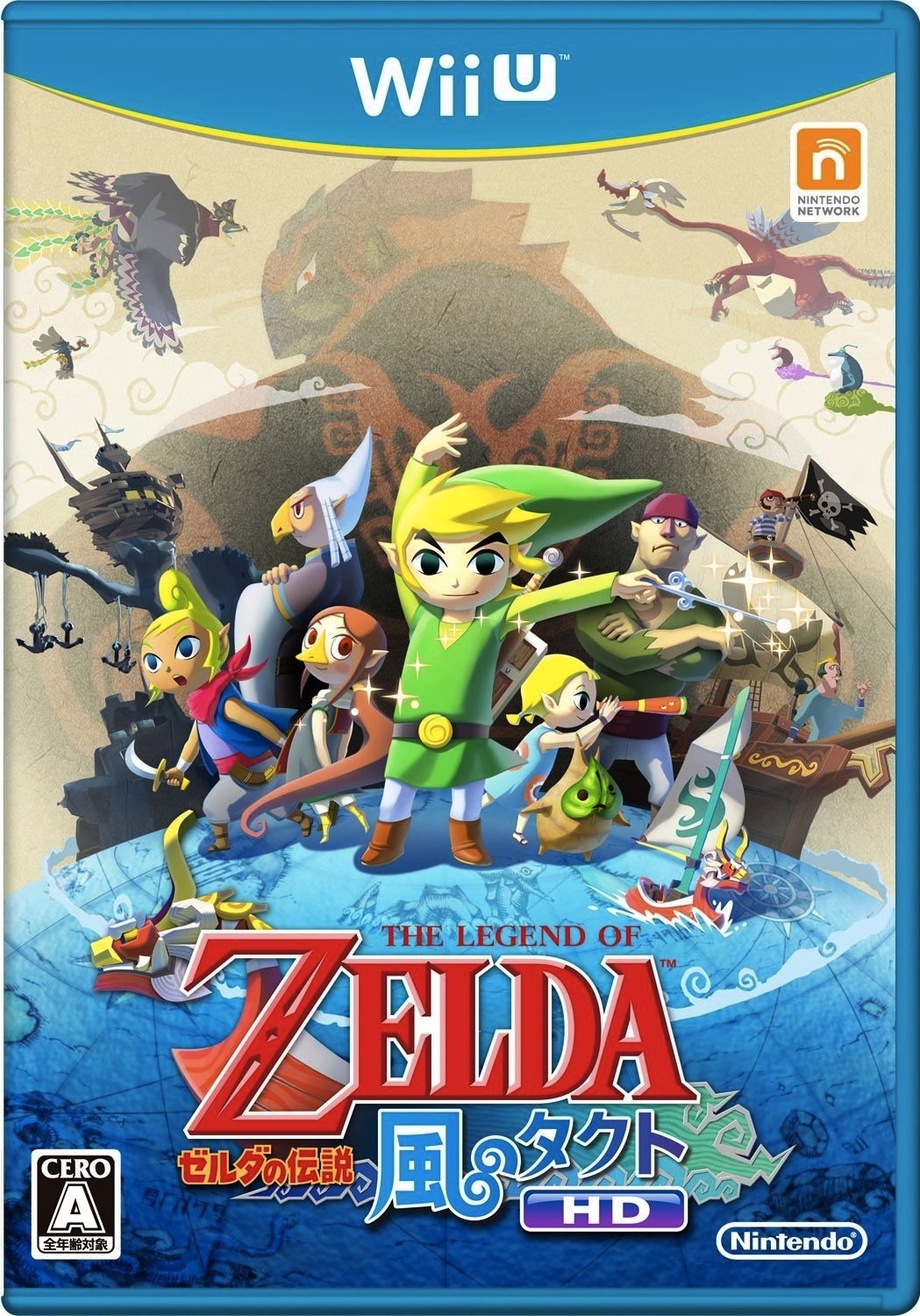