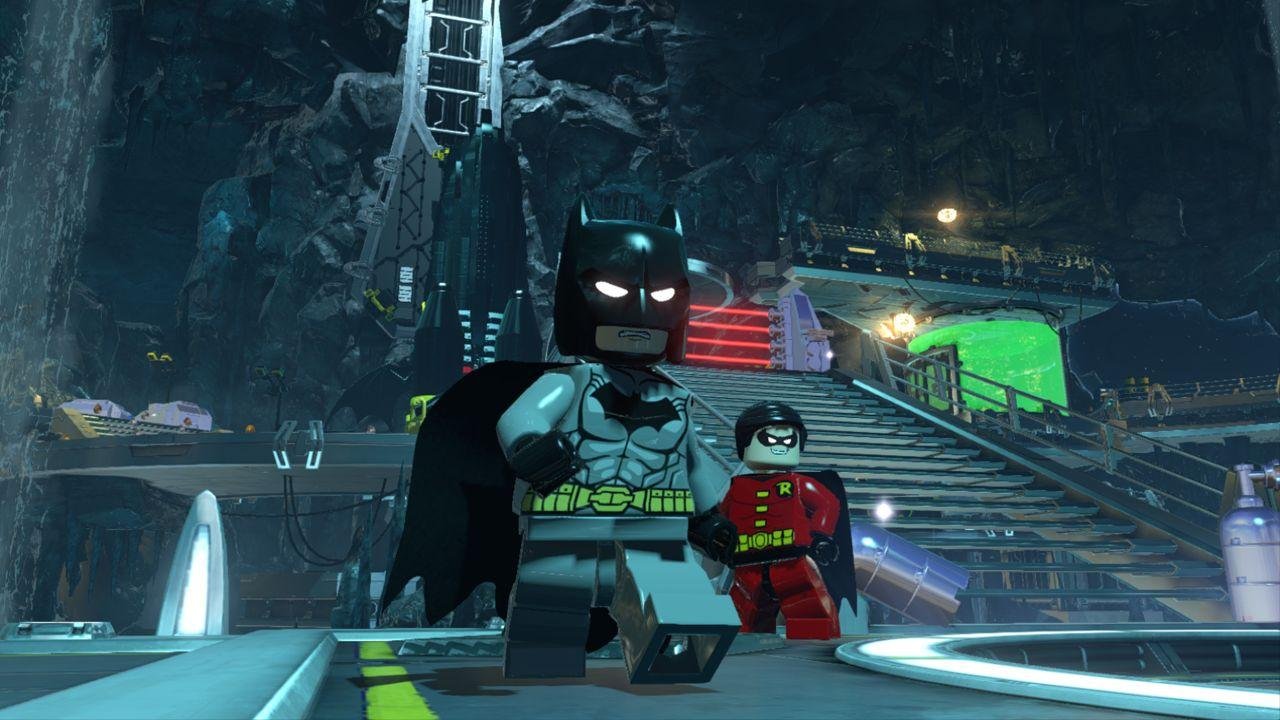 At this point it’s hard to even remember a time when videogame shelves weren’t overflowing with Lego titles. It’s not just a popular franchise anymore, it’s now essentially a genre. Gameplay remains the same, while the subject is a gentle parody of any pop culture obsession of the moment transformed into those plastic building blocks that we all know and love. Lego Batman 3: Beyond Gotham is the latest installment in the franchise, but even though it fits an easy rhyme scheme I can’t claim it’s the greatest. That’s not to say that there’s anything particularly wrong with this title per se. It’s just as goofy, colorful, elaborate, fun and packed with fan service as you’d hope. The trouble simply comes down to unavoidable points of comparison. As funny/cute as the game is, it can’t compare to the pretty amazing Lego Movie, especially in its irreverent depiction of Batman. Worse, as enjoyable as it is to trot out one hundred and fifty DC characters in a variety of settings, it’s not quite as entertaining or perfectly conceived as Lego Marvel Superheroes. Unfortunately, these Lego games are starting to become victims of their own success. A great Lego game doesn’t quite feel like enough anymore. It has to be the greatest.

Lego Batman 2 was verging on becoming an unofficial Lego DC Universe title and Lego Batman 3 pushes that even farther. After a few introductory levels set entirely in Batman’s world (backed by Danny Elfman’s iconic score from Tim Burton ‘s Batman movies in a brilliant bit of Warner Bros. cross promotion), the game essentially becomes a Green Lantern DC Universe tale with Batman at the center. The irreverent plot involves Brainiac stealing the Lanterns’ power rings, which is just an excuse for a cosmic adventure with all of your favorite characters. As usual, the story and characterizations are comedic and light parodies of the source and as usual that approach tends to be more amusing than outright funny. The story works and certainly takes this series into places that previous Lego Batman games wouldn’t touch, but it’s not exactly like the plot of this or any other Lego game is the primary selling point.

Gameplay is the same as always. It’s a mixture of plastic action brawling and light puzzle solving. Characters fall into a number of set types with minor variations and some key characters like Batman, Robin, Cyborg, and Lex Luther also have a variety of alternate suits with additional powers. It’s never too difficult to figure out what to do. Certainly in the opening levels there is a great deal of handholding with hints provided by none other than Batmite. Then as the game wears on, puzzles become far trickier. Not because there’s a particular brain-busting challenge involved, but frustratingly because it becomes difficult to figure out which character in which costume can blow up that particular brick that you need blown up right friggin’ now! That can make later levels quite irritating and it’s a problem of over-ambition more than a problem of poor design. At a certain point a simple game can grow too large to remain simple and Lego Batman 3 crossed that line.

Lego Batman 2 introduced open world gaming to the Lego series with a Gotham City that you could mess around in willy-nilly between missions. That design was perfected last year in Lego Marvel Superheroes with a fully open New York that wasn’t just impressive, it fit in with the Marvel Universe perfectly. Unfortunately, that element has been dropped this time. Part of that comes down to practicality. This is a planet-hopping space game and you can’t really have a full open universe, even with the increased horsepower of the new consoles. Instead, TT Games provided a few hub worlds like The Bat Cave or The JLA Watchtower to explore between levels and it’s just not the same. Granted, one of the Green Lantern hubs is a ton of fun because it offers a stripped down version of Mario Galaxy’s gravity-bending planet-hopping, but it’s still not quite up to that amazing open Lego NYC that we got last year.

All of which makes it sound like I’m ripping Lego Batman 3 a new one and hate the game. That is far, far, faaaaaaaar from the case. Nope, these complaints are nitpicks that only exist because of the massive success of previous Lego title. The truth is that any and all disappointments are minor. This is still one of the best Lego games to date, we’re just spoiled into expecting that every new Lego game to be the best ever and Lego Batman 3 is not that. Sill, it’s a blast. There are some fantastic levels, especially romps through miniaturized major cities like Paris. The sheer volume of playable DC characters is astounding (Swamp Thing and Batcow are together at last!). The amount of fan service is mind-boggling from the 70s Wonder Woman TV series theme that plays whenever she flies, to the iconic John Williams score that follows Superman or the fact that Adam West has replaced Stan Lee as the comics celebrity hidden in every level (not to mention cameos for Kevin Smith, Conan O’Brien, and Daffy Duck, just because TT Games can).  There are still hours upon hours of fun, collecting, and completing to be found in Lego Batman 3 and as always, it’s a game designed to please all audiences that actually succeeds. Sure, Lego Marvel Superheroes remains the gold standard for this series, but at least everyone who played that game to death last year and is hungry for more now has a noble substitute. The time has come for TT Games to reinvent the Lego game formula since it’s on the edge of getting stale. Hopefully Lego Batman 3 is a last hurrah before the next evolution in the franchise. And if there is another Lego Batman game, for the love of god at least get Will Arnett to voice the caped crusader. Once that door was opened, it couldn’t be closed.

Lego Batman 3: Beyond Gotham is the latest installment in the franchise, but even though it fits an easy rhyme scheme I can’t claim it’s the greatest. 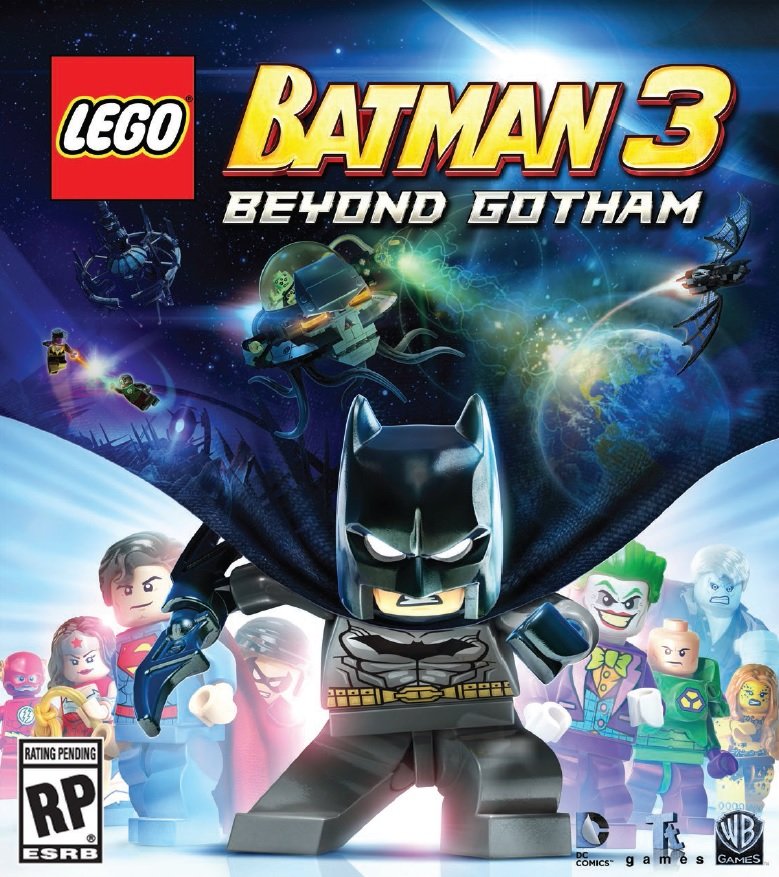