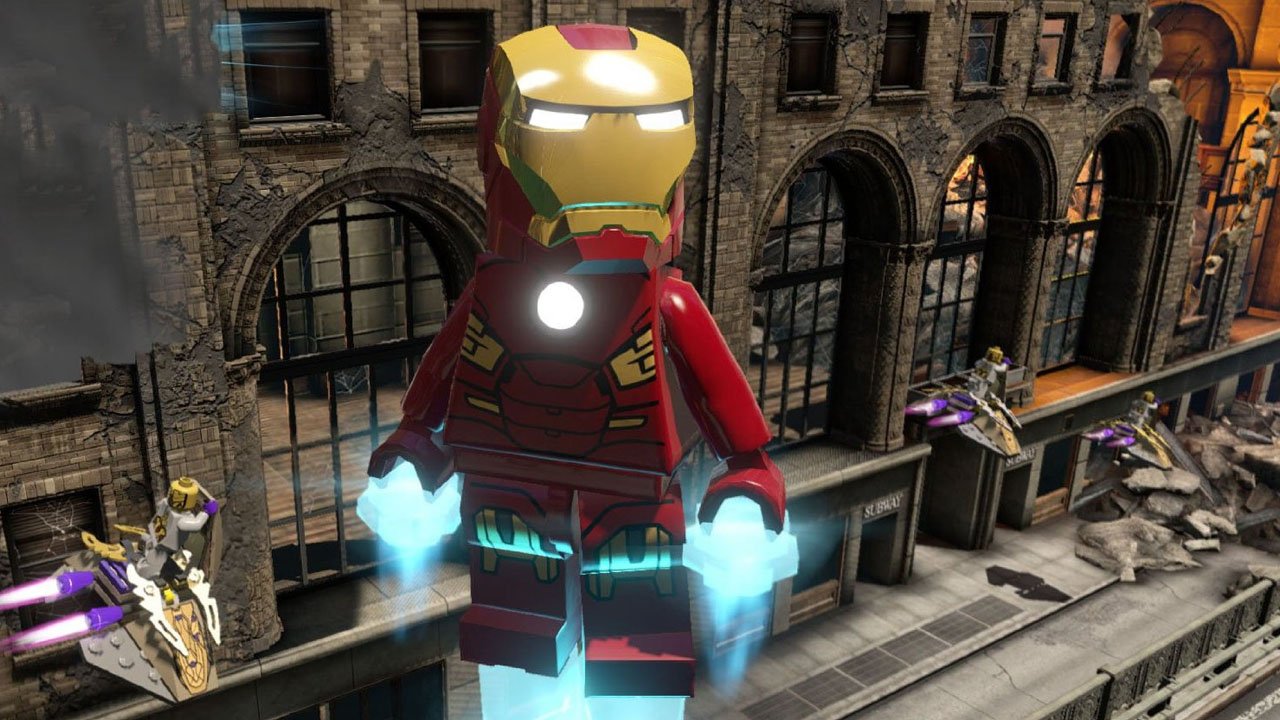 I guess it’s time for a new LEGO game. Ever since Traveller’s Tales struck gold with their LEGO Star Wars formula, they’ve been cranking out new editions adapting new pop culture properties ever since. The reason why is simple: these games aren’t just tremendously successful, they’re also ridiculously fun. Combining basic platforming and puzzle-solving with good old fashioned smash em up brawling brings out the best in simple gaming. They feel like games from another era, yet also boast the horsepower of new-gen hardware with some of the most beloved pop culture icons shoved into the cutesy confines of the world’s most beloved toy building blocks. The LEGO games are just plain fun. The only problem is repetition. We get at least two of these suckers a year, causing Traveller’s Tales to crank out new titles faster than they can innovate. So, when you pop a game like LEGO Marvel Avengers into your system of choice, it’s hard not to feel a sense of déjà vu. The LEGO games might be fun, but they really are all the same, and that will be enough to annoy some folks.

It was only a few short years ago that Traveller’s Tales delivered LEGO Marvel Superheroes, possibly the all-time high of the series. Yet here we are with yet another LEGO Marvel game. The twist this time is that the game is based on the MCU movies, which helps conceal the Traveller’s Tales wheel-spinning at least for a while. The story recreates sequences from the movies rather well. It kicks off with the opening fight from Avengers: Age Of Ultron, introducing players to the game by letting them use each of the superstar Avengers (obviously starting with Black Widow and Hawkeye before moving on to…you know…the heroes with powers). The basic smash-bad-guys-and-solve-puzzles-with-LEGO formula remains; however, this time the cutscenes are all amusing recreations of action scenes from the Marvel blockbusters, complete with sound bites from the actors. It’s pretty cute; I can’t pretend I didn’t have fun.

Combat is slightly enhanced as well. Rather than merely smashing the attack button until all the baddies are dead, there’s an option to use an animated, hero-specific super attack (or if two heroes are close enough together for a team attack). It’s a pretty amusing addition that works well with the superhero routine. Sound bites from Robert Downey Jr. and co. add a little flair as well, though all the dialogue is taken from the movies, so the one-liners are repetitive and audio quality varies. The graphics might be the best Traveller’s Tales has delivered so far, with the glossy blockbuster settings from the MCU recreated with surprising depth and detail through LEGO and filled with gorgeous lighting and atmospheric effects. The game looks and feels like the movies, although the way it traverses through narrating them is wonky. The plots of Avengers 1 and 2 offer an overarching structure, but within that there are also flashbacks with playable levels in Captain America: The First Avenger, Iron Man 3, Captain America: The Winter Soldier, and Thor: The Dark World. It can be a little confusing to wrap your head around, but given that the game is designed for obsessive fans of the movies, I’m sure they’ll be fine.

In addition to the main story, which is pretty hefty given that it crams in 6 movies, there are also several hub cities to explore (including a hefty Manhattan). These include a variety of hidden side missions relating to other movies and more obscure nooks in Marvel lore. Characters from the Spider-man and the X-Men universes don’t appear to appease the Disney bosses, but the Netflix Marvel characters and a variety of comic book characters (yes, Squirrel Girl returns) fill out a massive roster of playable heroes. There’s definitely hours upon hours of exploring to be done after the main story with plenty of missions and characters to unlock. It’ll keep players going for ages and given that The Guardians Of The Galaxy characters are mysteriously absent despite their massive popularity, it’s probably safe to say that DLC is on the way to add even more playtime.

So, it’s another massive Marvel LEGO Game filled with fan service, even more content than the last LEGO Marvel outing, and some of the best visuals Traveller’s Tales has produced to date. Why the low score? More than anything else, the repetition. While I had oodles of fun ploughing through this game, I can’t pretend it didn’t all feel overly familiar. I still get a kick out of the LEGO formula and imagine much of the target audience for this title will be kids who haven’t sampled it before, so there will be plenty of people who enjoy LEGO Marvel’s Avengers. However, if you’ve gotten over the LEGO game style, there’s nothing for you here. It’s more of the same, just a little prettier than before and featuring Scarlett Johansson sound bites. There are also some irritating design glitches that suggest a rushed production and a few of the main action scenes really don’t suit couch co-op properly given that one player basically has to wait around for the main hero to complete an action sequence from the movie.

So, it’s not quite as polished as LEGO games of the past either, which makes sense given just how many of these things Traveller’s Tales keeps cranking out on a constant basis. There’s no denying that new LEGO game releases aren’t quite as exciting as they once were and Traveller’s Tales really needs to introduce some innovations beyond new pop culture facelifts if they want to retain gamers’ interests. However, for those who are merely excited by the concept of a LEGO game set in the Marvel Cinematic Universe, there’s no denying that this title scratches that itch in style and provides dozens of hours of playtime for trophy completionists. It’s a good game, just not quite the masterpiece it would have felt like even a few short years ago. Formula repetition will do that. It’s happened to LEGO games and let’s face it, it’ll happen to the Marvel movies themselves soon enough. So, perhaps this title is an appropriate benchmark of sorts for both franchises. Evolve or die, Marvel and Traveller’s Tales (says the impoverished freelance writer to a pair of massively successful entertainment companies making record profits)

So, when you pop a game like LEGO Marvel Avengers into your system of choice, it’s hard not to feel a sense of déjà vu.