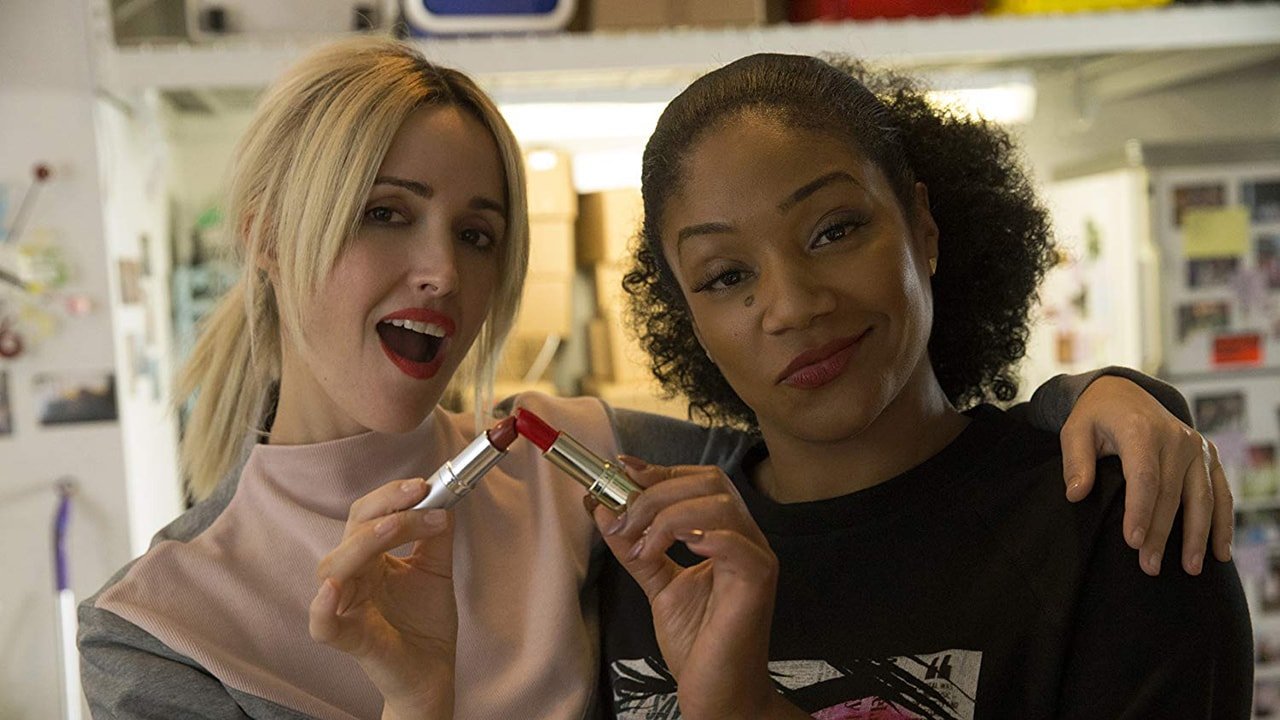 Silly comedies that are destined for streaming services are my comfort food. It’s mainly the allure of watching something through a service and not paying for it directly that excites me, and cooking a plate of nachos to go with that watch session is a commonplace “bad comedy” go-to for me. I wish I had homemade nachos to console me during Like a Boss.

Like a Boss has a fun premise, but doesn’t follow through on it. Two friends own a floundering beauty business: one is fierce but careless (Tiffany Haddish), the other is…more careful (Rose Byrne). There isn’t a lot of characterization going on here, even from an absurdist standpoint, as both friends are ultimately good people who have been dealt bad hands. Like a Boss tries to show their growth, but they end up ostensibly the same in the end as they circumvent a slight hurdle.

Yep, the “conflict” stems from a big-time cosmetic queen (Salma Hayek) who says she’s going to rescue their business but obviously has ulterior motives. Here’s where everything falls apart. Hayek’s character’s big plan is to split the friends apart so she can take over the company: a grand idea that takes over an hour to really come into play. At that point, the film is nearly over.

Even giving that a pass, a lot of the jokes (which pop due to the ensemble cast) are front and back-loaded while we warm up and slowly cool down with this duo. Byrne and Haddish consistently show up in pretty much everything they do, but they have nothing to work with here. There are drone jokes for crying out loud, with no punchline.

Part of the problem is that the script doesn’t really leave a whole lot of room for banger comedy. There’s so much exposition that somehow adds nothing to the narrative and so much backstory that doesn’t add anything of worth to the characters. The real stars are the supporting cast, as Karan Soni is naturally likable and Natasha Rothwell (who is one of their friends) arguably could have been one of the leads. A lack of interesting setpieces (it’s basically just the cosmetic store and the generic Ovieda conglomerate building) is another strike against it.

Like a Boss is the definition of an average “watch while you vacuum” comedy. It has some heart but never really capitalizes on it. There’s jokes and drama strewn about, but it never dishes it out consistently. It just meanders for over an hour until any conflict happens, then it fizzles out: nothing more.

With very little for the two talented leads to do, Like a Boss coasts through on base level charm. 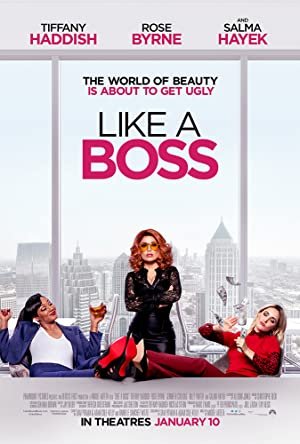