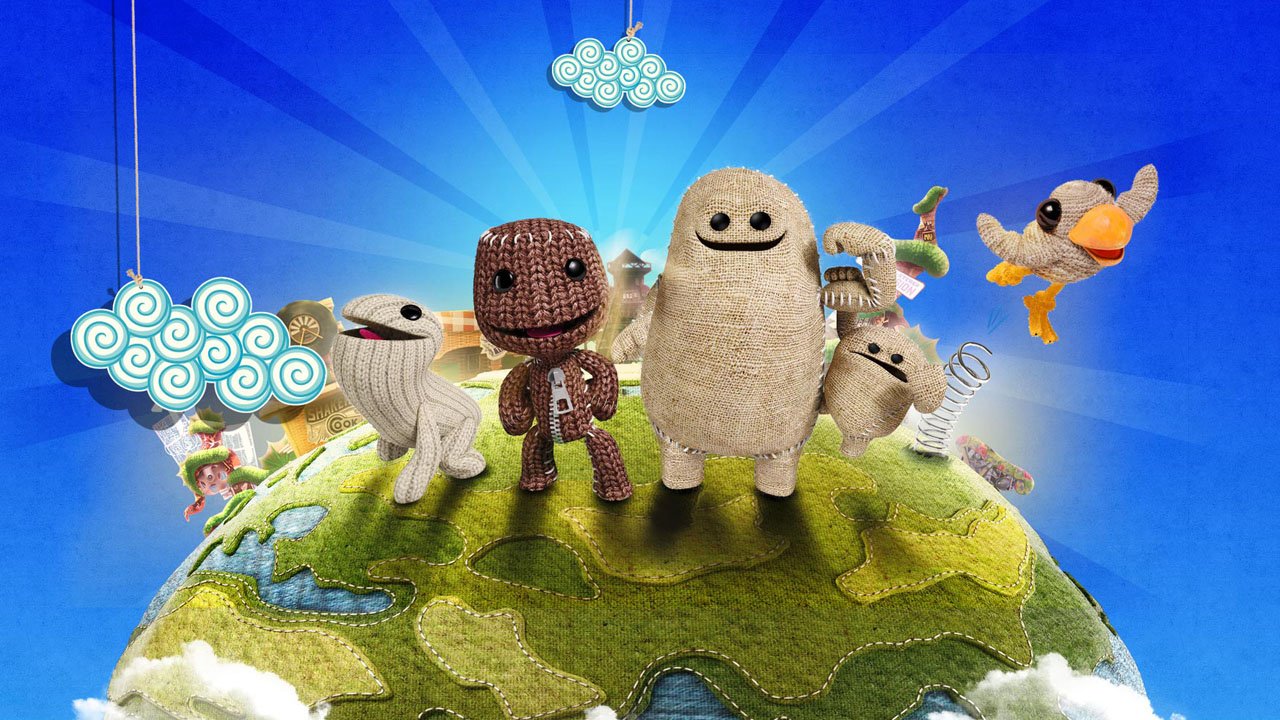 Our favourite burlap sack is back in LittleBigPlanet 3, and he is not alone. Sackboy and his friends save the universe once again. LittleBigPlanet 3 has almost everything you’d expect from LBP and more, both good and bad.

For anyone who has played LittleBigPlanet before, LBP3 will feel right at home in the franchise. Your Pod, the decorating, the bitch slapping of other sack people, all very familiar. I was even allowed to download a few costumes I had downloaded in LBP2. Yet I’m surprised they haven’t added the option to rotate your sackboy while pimping him out. I want wings but even with my best attempts, my sackboy is only ever blessed with upper arm wings. Ugh just TURN AROUND! The short campaign wasn’t a surprise. LBP is so heavily driven by user generated content that a lengthy campaign isn’t necessary.  The story is uninspired but feels in line with previous LBP titles. Has anyone ever played LittleBigPlanet for the story? Doubtful. It’s all about the enjoyment of exploring ridiculous level designs and visiting others’ creations, maybe even do a little creating of your own. Like many other games that include a level creation mode, the community is where LBP3 will really come to life. Any game that offers users the chance to publish community levels leads to endless entertainment and the LittleBig Planet community is one of the largest for PlayStation users, therefore generating no shortage of levels for sack people to explore.

It appears the developer, Sumo Digital, wanted to offer up a little bit of a LBP community styled level in the LBP3 campaign with a rather randomly placed top down camera level where players control a yeti. I found this level really pulled me out of my LBP experience.  The character I controlled was a one off, no customization, no real context or story, a just thrown in there yeti. Wait, why am I a yeti? While this level felt out of place, side missions offered were quite enjoyable and somewhat outrageous. Building your own glider or racing car is nothing short of entertaining. Players also get the chance to play as three new characters, each with their own abilities. Each character although quite different from sackboy, feels like they belong in the LBP universe. Despite the fact that I was jumping from one sack-creation to another, it did not feel disjointed and only added to my experience rather than interrupting it.

LittleBigPlanet 3 carries on the LBP aesthetic. Creative level designs, full of random items that make LBP so enchanting. The textures are well done and bring LBP into the new generation. There were some small glitches, most notably the disappearing eyes. Randomly characters eyes would disappear giving my adorable sack-creature more of a Silent Hill feel.

I was all ready to get past the little weird glitches that appear in LBP3 and give it an 8.5/10, and then, I got to the final boss battle. This battle was a complete disaster. There is a glitch where your character disappears! I’m all for channeling Sue Storm, but disappearing randomly while trying to fight the final boss is incredibly inconvenient and brought down my entire gameplay experience. This battle took more than a handful of tries purely due to the invisibility glitch. Like every battle in videogame history, your success completely rides on your location in the level during the battle so being visible to the player is essential. There comes a point where you will eventually die and be reincarnated as a generic sackboy. Pro; you can see yourself. Con; if you are playing with a friend, as I was, the generic, undecorated sackboy can pose a new problem. I found myself screaming “which one am I?” as we tried to avoid sack death. LBP 3 had been such a pleasant experience until this particular point, it’s such a shame.

Fans of the series will love this title, just beware the glitches. The minor glitches will make you giggle but those big ones will make you want to rage quit.  I do hope they patch out these problems to make the experience enjoyable for all sackboys at heart.

To read Melanie’s extended review of LittleBigPlanet 3 pick up the Dec issue of CGM.

For anyone who has played LittleBigPlanet before, LBP3 will feel right at home in the franchise. 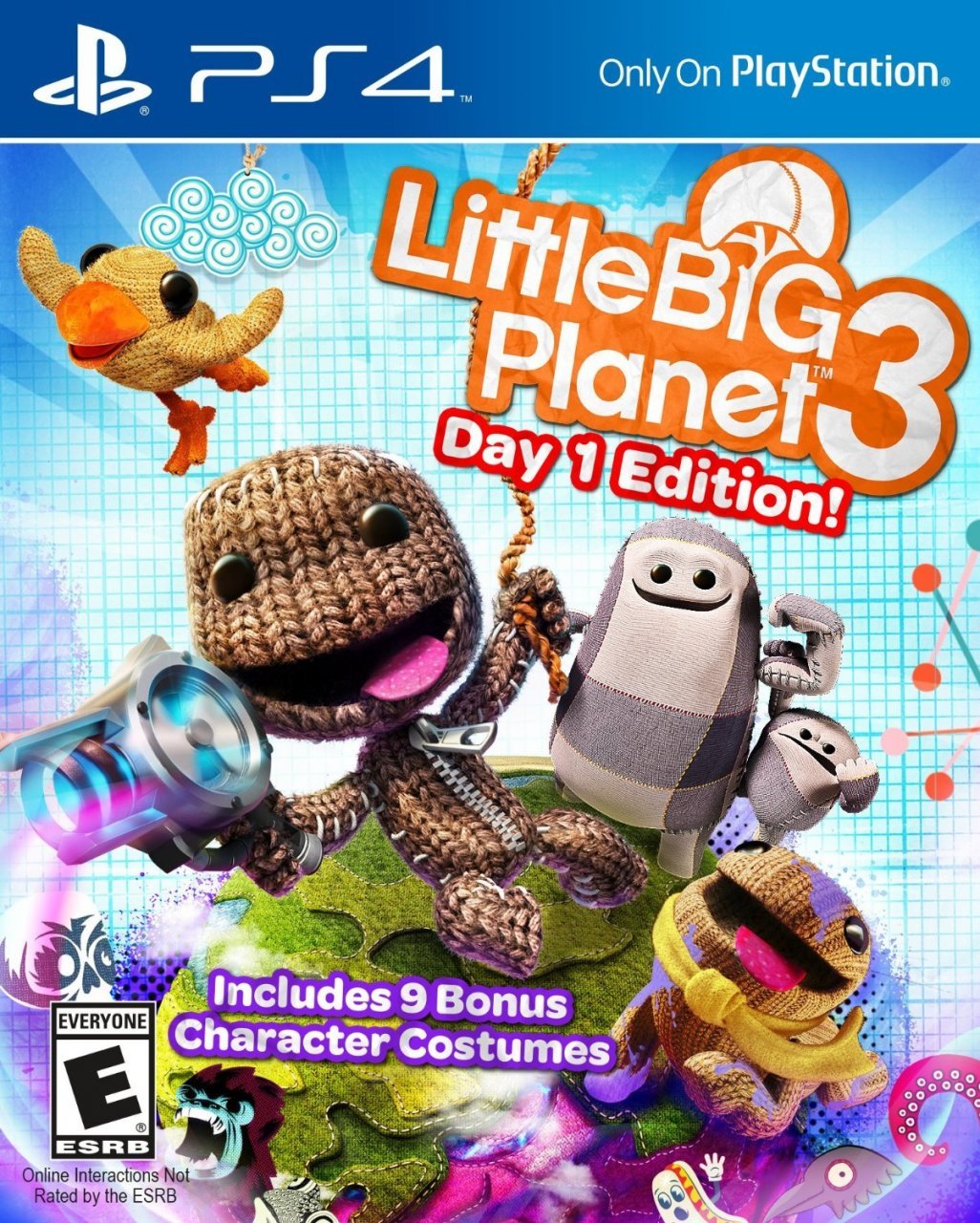