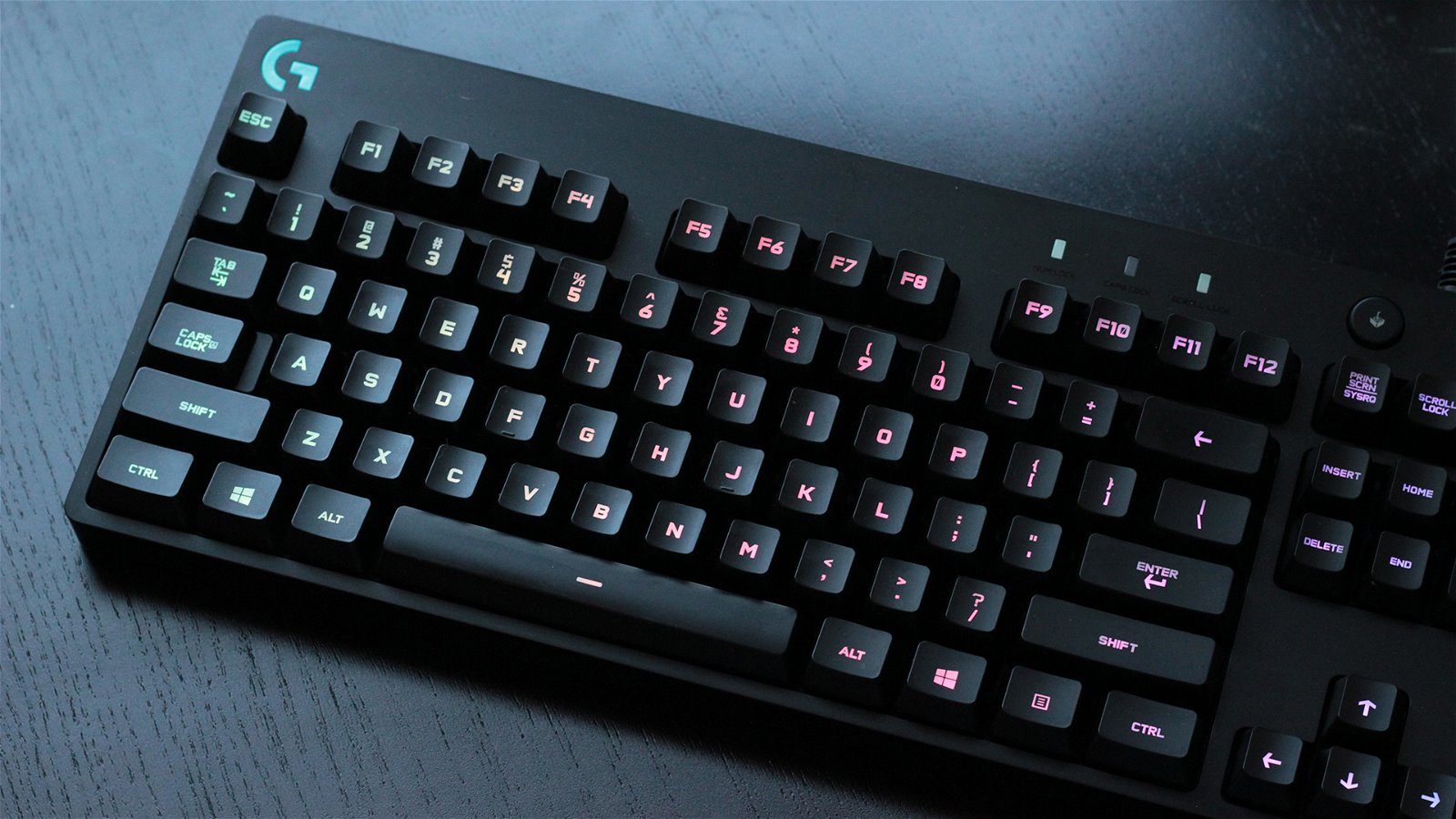 RGB mechanical keyboards are commonly promoted as the elite standard of the peripheral market. Featuring programmable colour schemes, macro keys and even house-made switches, it’s easy to see why these boards carry alongside them a hefty price tag. The Logitech G810 Orion Spectrum however, is an RGB board that doesn’t live up to that promoted standard of quality and certainly not the price for admission.

Coming in at just over 2.5 lbs. and a striking $220CDN  ($130USD) , the big appeal to the Orion Spectrum is its RGB programmability. With over 16.8 million colors to choose from, I experimented with different shades of purples, oranges and greens to test just how vast the range was and how dark or bright I could go. The board met every single one of my illumination demands perfectly and I was even able to set up multiple effects such as color waves and breath timings. Setting up unique color profiles for games is also easy to program, 300 of which already have profiles pre-loaded for you to experience.

It’s when you start handling the Orion Spectrum in games or for serious use that you really start to notice the board’s biggest shortcoming: build quality. From multi-media buttons that feel like brittle caps to questionable design choices such as the lack of metal or aluminum incorporated into the body, this mechanical keyboard simply doesn’t feel like an enthusiast grade product. The board has many of the features you expect for its price, they just aren’t executed to the same degree of success. One of the Spectrum’s biggest features is that the user can adjust the keyboard into three different angles depending on their preference. Unfortunately, if your desk doesn’t have any grit or texture to it, you’re quick to find that the board will almost glide with ease if it’s tapped or hit with any semblance of force, unless it’s firmly planted on all four of the board’s thick rubber feet. Due to the Spectrum’s low weight and the little rubber nubs on its elevated stands, I can’t recommend using it while gaming if the board is adjusted at a different height.

The biggest disappointment however, are Logitech's house-made switches, called Romer-G switches. Promoted as having twice the lifetime of regular cherry MX key switches, these Romer-G ones are considered by Logitech as being similar to MX browns, but feel more akin to smooth reds when in use. The problem lies in their design, which not only adds more plastic into the switch, restricting the illumination from bleeding out at the bottom, but also gives off a gummy feeling of resistance when they’re pressed down. I could never get used to these switches over my week of use in neither FPS titles nor strategy games, making me easily prefer any standard MX switch to the poor feel of the Romer-G’s.

The Logitech G810 Orion Spectrum is a board that wowed me at first with its excellent illumination options and effects, but it wasn’t until I discovered the keyboard’s price point that my thoughts quickly changed and I started picking out each one of the boards faults. I originally assumed this keyboard was in the $150-$170 range because it felt like a board that wanted to deliver an affordable RGB experience to users, while providing an acceptable amount of build quality to justify the price. Instead, the board feels overpriced at $220CDN (130USD) and is entering into enthusiast grade territory as an easy outlier for customers to skip unless they find it for a good price during a sale.

Final Thoughts
No amount of bright lights and effects can sway my feelings that the Logitech G810 Orion Spectrum is overpriced for its amount of build quality.
More From CGMagazine