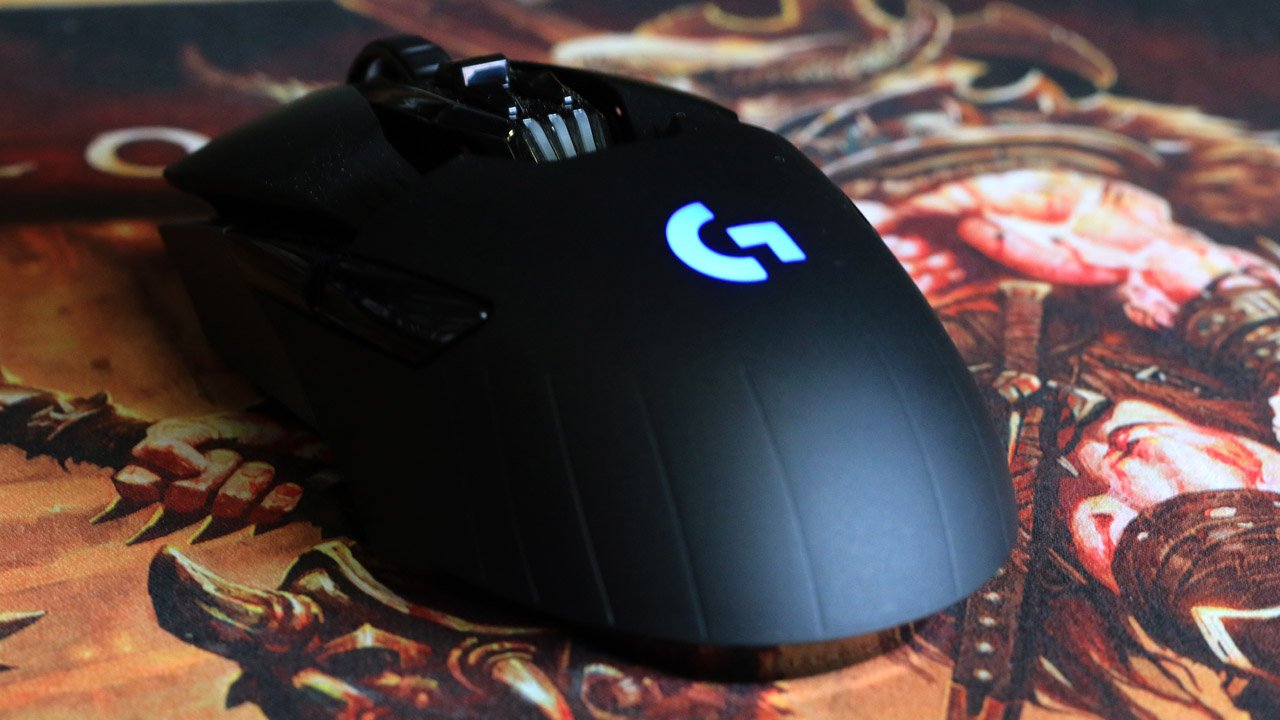 I make no secret of the fact that I use Razer peripherals almost religiously, so it should mean all the more when I come right out and say that the Logitech G900 Chaos is an astonishing mouse. I’ll concede that it’s not quite right for my grip style, as I favour wider mice with a high arch, like the Razer Deathadder, or the ASUS Gladius, but the G900 Chaos has an excellent form factor. And given that it’s a truly, fully ambidextrous wireless mouse, I’m flabbergasted that it fits so many different grip styles.

Logitech really does appear to have thought of everything when it comes to the G900 Chaos. For starters, the ability to swap the thumb buttons from one side to the other is the crux of the mouse’s claim to be ambidextrous, but of particular interest is that, should users desire, they can actually enable all four buttons (thumb side AND pinky side) for use at the same time. It’s so obvious, but so easy to overlook—genius! That sort of simple, elegant approach to engineering runs throughout the whole package, as well. The mousewheel can be unlocked with the click of a button, allowing it to spin freely on ABEC-quality bearings—awesome for scrolling through walls of text and endless pages of reddit alike. The wireless receiver is the now-typical miniscule nub of a USB adapter, which keeps it nicely out of the way when plugged into a laptop. When necessary, though, it can be plugged into an adapter about the size of a small flash drive, which allows the full-length micro USB cable to extend it up to six feet from whichever port it calls home. And when not serving the duties of powering the wireless receiver, that same cable doubles as the charging cable for the mouse. All in all, a clever little setup.

As for form factors, the G900 reminds me an awful lot of the original Razer Diamondback. It’s a bit taller and a bit shorter in overall length, but it’s quite similar otherwise. There’s also some pretty aggressive profiling under the thumb buttons to allow for a very sturdy grip. And because the mouse is mirrored perfectly along the centre line, it allows for the sort of grip that really inspires confidence. The toggle for unlocking the mousewheel is conveniently close, but I never found myself bumping it with any of the usual claw, fingertip, or full-palm grip styles. The two DPI adjustment buttons beneath that are a bit out of the way, but not unreasonably so.

I do appreciate the Spectrum feature as well, which allows users full control of the mouse’s coloured lighting, even if I don’t much care to use it personally., The Spectrum can be changed in the Logitech software controller that accompanies it. Similarly, the software suite allows for the usual surface tuning for mouse mats, and adjustment of the standard, as well as incremental settings for DPI when the adjustment buttons are used. And while it only sports five selectable profiles, this is balanced out by the ease with which any one of those can have a limitless number of DPI presets for quick-selection. t.

The battery life of the G900 was also quite impressive. The documentation claims around 24 hours, and, rather unusually, I seemed to actually get at least that much—provided I remembered to turn the mouse off when not using it. It’s also surprisingly light for a wireless mouse, though not so much that it feels cheap or tries to run from you when you’re using it.

Finally, we come to what is, without a doubt, the most astonishing thing about the mouse: its sensor. I’ll come right out and say that no one will ever, EVER need a 12000 DPI sensor in a mouse—ever. In fact, after in-game software translation, most players will find themselves somewhere between 400 and 1800 DPI, with even extremely twitch-oriented players settling around 2100 DPI. But, that aside, the Pixart PMW3366 sensor in it is probably the best I’ve ever used—and that was my opinion of it even before discovering that it’s just about the most highly-praised optical sensor in history. Between its accuracy, lift-off distance, ability to ignore hairs and fibres stuck in a fabric mat, and polling and tracking rates, I truly can’t praise it highly enough.

Which brings us nicely to the nasty business of price. At $200CAD, the Logitech G900 Chaos Spectrum is no bargain by any stretch of the imagination. And given that it’s not quite perfect for my grip style, and I like a heavy right-click (which is obviously not feasible to have in an ambidextrous mouse), I don’t see myself switching to it. But in its wake, my blastproof Deathadder feels strangely inadequate by comparison—especially when it comes to its optical sensor. If it weren’t for my absurdly specific needs from a mouse, I therefore wouldn’t hesitate to snatch up a G900 Chaos. All things considered, it’s easily among the best mice on the market right now. With regards to ambidextrous mice, I’d stake my name on calling it THE best.

The Logitech G900 Chaos Spectrum Mouse is easily among the best mice on the market.