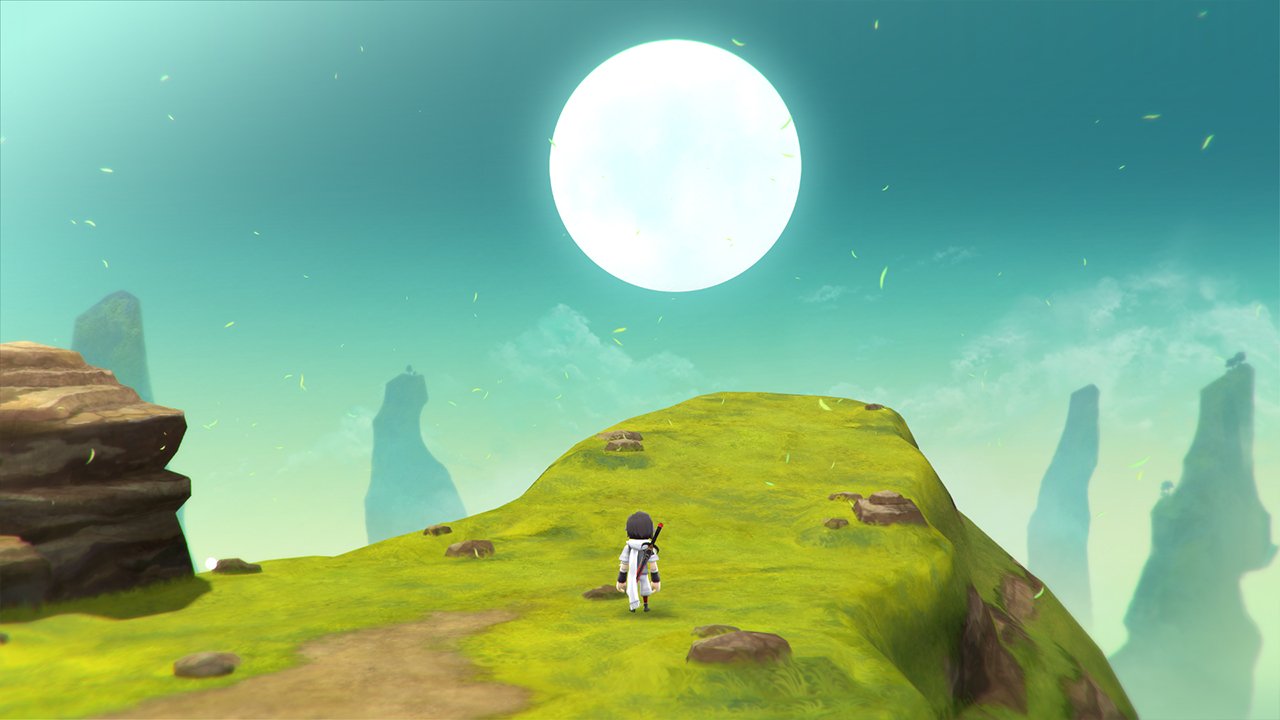 Lost Sphear is the tale of a world wherein people, places, and objects are gradually becoming “Lost”. They simply disappear, seemingly gone forever, leaving behind only shimmering particles of white light. The player assumes control of Kanata, a young man with the extraordinary power to restore that which is Lost by projecting memories into reality. Once the Lost phenomenon spreads to his hometown of Elgarthe, Kanata embarks on a journey to piece his world back together, eventually coming face-to-face with the nature of his own reality.

Given that Lost Sphear is the spiritual successor to I Am Setsuna, it naturally contains a host of iterative improvements to its gameplay systems. Immediately evident is a suite of quality-of-life options that have become increasingly genre-standard fare: Lost Sphear allows the player to fast-forward through event scenes at either twice or sixteen times the default speed. This is useful should they fall in battle and not want to read through a villain’s long-winded speech before being able to try again. Even better, the game features separate switches to turn off battle movement and animations entirely in the interest of expediency. There is also a simple Party Chat feature that makes the characters muse on their current objective in case the player forgets where to go, as well as an option to turn off characters’ (Japanese-only) battle cries for a more authentically retro experience.

Lost Sphear differentiates itself visually from I Am Setsuna with a broader colour palette—yes, there’s more than white snow and maple trees this time—and more diverse environments. Likewise, the game’s pleasant soundtrack is more instrument-rich than I Am Setsuna, which featured almost entirely solo piano compositions. The jaunty main battle theme is a highlight, evoking Joe Hisaishi’s work on Spirited Away.

The biggest improvement here is undoubtedly the game’s refined battle system. It retains the same turn-based core mechanics from I Am Setsuna, but now allows for manual positioning and targeting for more strategic opportunities. This change alone makes battles significantly more strategic and interesting from the get-go, allowing the player to pull off satisfying one-turn victories with a well-placed attack. The Momentum system from I Am Setsuna also returns, rewarding well-timed button presses with additional attack effects to turn the tide of combat. Spiritnite, I Am Setsuna‘s primary source of character customization, is back in simplified form as well; these magical stones now confer character-specific skills and easy-to-understand passive bonuses to suit the player’s style.

Combat in Lost Sphear gains a final layer of complexity early in the game with the addition of “Vulcosuits.” Less “suits” and more Xenogears-inspired robotic frames, these limited-use wearable weapons boost characters’ stats and amplify their core skills. While wearing their Vulcosuits, every character gains access to a totally unique command called a Paradigm Drive. Kanata, for example, gains the ability to execute a co-op attack (and yes, the first one is “X-Strike,” just like Chrono Trigger), while magical powerhouse Obaro acquires greater mastery over the elements.

The player can exert even further control over their playstyle with the new “Artifact” system. Essentially, Artifacts are landmarks that the player can create on the overworld using crystallized memories acquired throughout the course of the game. These confer a variety of useful effects, both within battle and without, that range from convenient tweaks like adding a world map or increasing movement speed to greatly skewing battle calculations to favour physical attacks over magic, increasing critical hit rate, and so on. Their effects are significant and add a fantastic layer of meta-strategy to supplement the player’s actions within battles themselves.

Where Lost Sphear truly lags behind—even more so than I Am Setsuna, somehow—is in terms of narrative. Its core conceit of restoring the world with memories simply isn’t that interesting. The game forces the player to spend time engaging in JRPG drudgery like gamboling about with childhood friends and serving a totally-not-evil empire, for whom the party commits war crimes before throwing their hands up and saying “enough is enough.” It makes an uninspired first impression—and indeed, that may be intentional, given the developer’s objective of recreating classic RPG experiences of yore—but a slightly more interesting story does eventually take shape. There are noteworthy twists on world-building elements that I simply took for granted until the game inverted them later, much to my surprise. Even with these flashes of inspiration, the story is uninteresting enough to drag down the entire experience.

A critical failing that remains unchanged from I Am Setsuna is the below-average quality of the game’s writing. Simply put, it’s bland. I Am Setsuna, at least, featured resonant themes that were ill-served by poor writing; Lost Sphear‘s milquetoast script disappoints on another level because it lacks even the same ambition as its predecessor. I love my Japanese RPGs, but we’ve come a long way from the barely-comprehensible era of 16-bit localization. More nuanced characterization and fewer played-out story beats could have elevated Lost Sphear‘s story to the next level.

To that end, the cast of characters is less charismatic than its predecessor’s as well. They’re generally not as interesting, even in terms of visual design, as I Am Setsuna‘s colourful personages. In the interest of not being overly reductive, I do applaud the developer’s efforts to undermine tropes in some instances, but their strict adherence to bone-headed “RPG logic” in the game’s script often works against it.

Lost Sphear is exactly what one might expect from a self-professed “RPG factory.” Rolled along a conveyor belt until it possessed all of the requisite parts, it has a mass-produced sort of sensibility that compares unfavourably to its hand-crafted contemporaries. Yet in spite of its narrative issues, a handful of creative touches to its gameplay systems help it to carve out a tenuous foothold in my memory. In an age replete with so many other creative works, however, it is dangerous to teeter on the precipice of being forgettable. 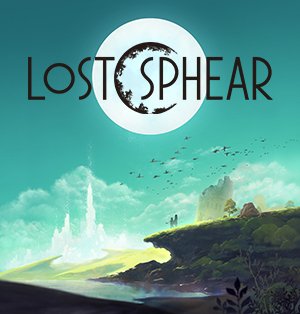