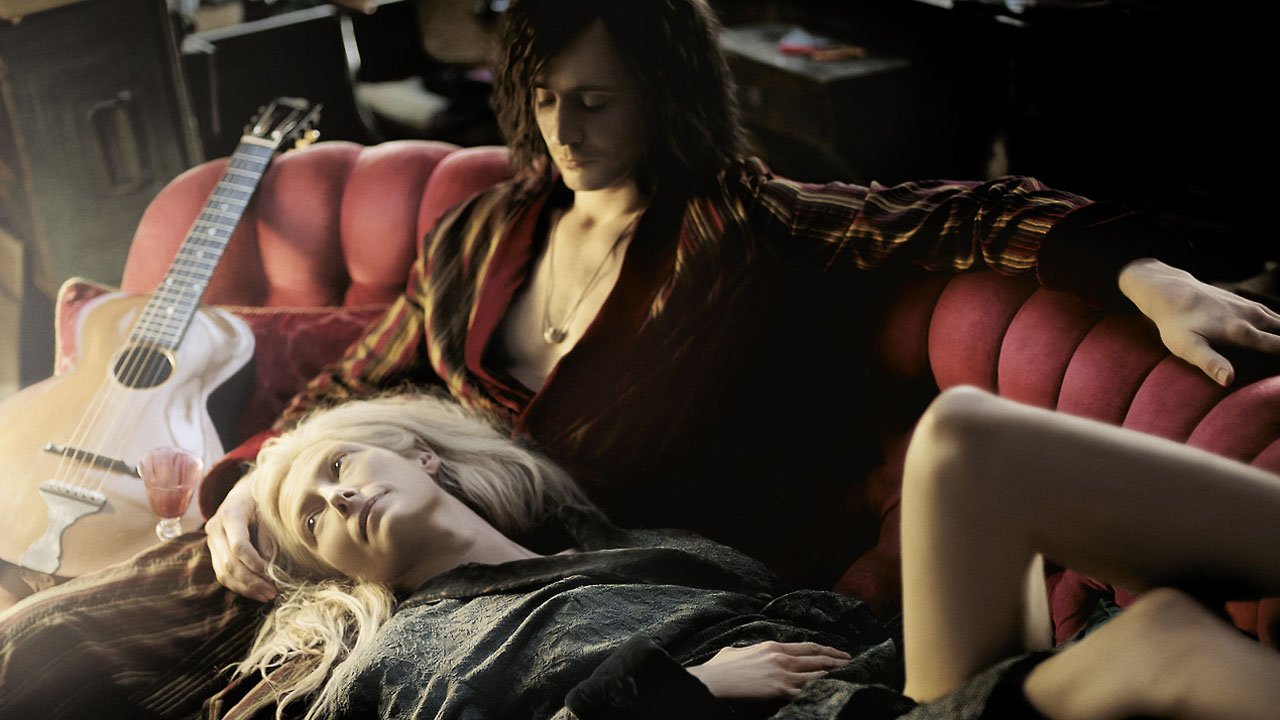 In an age when vampires have been robbed of their dignity by teeny-bopper romance, a savior for the bloodsuckers has arrived in an unlikely source. Director Jim Jarmusch is best known for his black and white deadpan art comedies starring the likes of Tom Waits and Bill Murray, but every now and then the proto-hipster with bright white hair dips his toes into genre filmmaking and completely reinvents it as his own. This time the man has made a vampire movie with Loki himself, Tom Hiddleston, and reclaimed the Goth staple for adult audiences. It’s a radically unconventional approach to the material, but a very satisfying one that focuses on some seldom explored aspects of vampire mythology without a split second of tedious romantic melodrama. For those who have bemoaned the current state of vampire filmmaking, you owe Jarmusch a big ol’ hug and a thank you.

Tom Hiddleston stars as a burned out vampire of indeterminate age who currently lives in a rotted out house in Detroit. He whittles away his days listening to forgotten old rock albums and recording his own funeral-fueled art rock, which he slips out into the world through his only human contact (Anton Yelchin), a sad rock kid who keeps Hiddleston stocked up with vintage guitars. All the way out in Tangiers lives Tilda Swinton, Hiddleston’s longtime vamp lover. She too dedicates her life to sucking up great human art, in her case literature (and she even pals around with a vampiric John Hurt who secretly wrote all of Shakespeare’s work). With Hiddleston going through another round of suicidal depression, Swinton flies over to Detroit to visit her lost love. They cruise around the rotted out Detroit and suck back high quality blood purchased from a sneaky doctor in a local hospital (Jeffery Wright). Everything seems cool and calm until Swinton’s hyperactive vampire sister Mia Wasikowska shows up. She’s not someone who enjoys housebound brooding and enjoys her blood fresh, so she soon turns Tom n’ Tilda’s world all topsy-turvy. Yep, it’s time for trouble in vampire country, but ain’t that always the way?

As you may have gathered by now, Jarmusch’s clever and rather hilarious take on vampires is that they are the original hipsters. Thanks to an eternal lifespan, his vamps have sucked up all the great art from the past and live their lives mourning the loss of forgotten periods in history that they probably didn’t enjoy the first time. It’s an amusing take on the vampire mythos and one that director Jarmusch clearly identifies with. When he emerged as a New York filmmaker in the 80s, his unique style was as rooted in the past as it was ahead of its time. These days he clearly feels as out of place as his greasy haired vamps, and it’s a pretty wonderful and personal take on the material. Jarmusch movies tend to be based more on watching characters hang out than action, so given that vampires have centuries to hang that’s his primary focus. At his worst, that leisurely style can make his films feel a bit placid, so it’s always welcome when he adds a genre element to his movies like this one. Just the fact that the characters are vampires leaves you feeling uneasy at all times, knowing at some point something is going to go very wrong. That gives the movie a constant tension that the filmmaker exploits well as an unconventional horror movie/deadpan comedy. When Jarmusch does deliver on the vampire goodness, he definitely gets some genuine chills from the material, just not wire-fu set pieces.

As always, the director cast his flick extraordinarily well. For Hiddleston, it’s a chance to earn a little indie cred to back his Marvel-boosted fame and an inspired career choice. His introverted, brooding vampire is everything that Loki isn’t in terms of physical energy, yet still plays off his evil/cool image. It’s a richly internalized performance that contrasts wonderfully with his snarling theatrical Loki. This was a wise move for Hiddleston and one that will hopefully earn him plenty of non-Loki work. Swinton once again plays an otherworldly eccentric that capitalizes on her unique looks. At this point there is very much a “Tilda Swinton” type of character. This is one of them and as always, delivers the goods. John Hurt adds some heartbreaking tragedy to the movie, which gives some added weight to the film near the finale and he’s as wonderful as ever. The showiest role belongs to Mia Wasikowska, who is a feline ball of energy, and trouble she brings sparks the somber comedy to life and brings in a genuine sense of danger. She’s wonderful in the film and deserves a lot of credit for segueing the blockbuster success of her Hollywood debut in Tim Burton’s Alice In Wonderland into a wonderful career of strange performances in works by unique filmmakers just like this.

Make no mistake; Only Lovers Left Alive is certainly an oddball vampire picture. It’s one driven by ideas, characterization, and deadpan comedy more than jump scales, gallons of gore, or eroticism. However, after the last decade or so of vampire pulp, it’s nice to see the creatures get a serious treatment again. Vampire-fueled pop culture has continued for over a century because the creatures have such fascinating habits and inherent tragedy to their character that they can be bent by talented artists to their will. Jim Jarmusch has now added his unique New York hipster spin on the mythos and it’s a fascinating experiment that should tickle anyone who enjoys new spins on old tales. The 2000s may have been a rough ride for serious vampire aficionados, but between Only Lovers Left Alive and Chan-wook Park’s deeply underrated Thirst, two contemporary cinematic vamp classics did slip out under all the populist garbage. That’s not bad and it’s safe to say there will be more serious takes on vampirism in the future. After all, as Jim Jarmusch is all too happy to point out, the most intriguing thing about vampires is that they’ll never die. That’s as true in art as it is within the vampire mythos.

Make no mistake; Only Lovers Left Alive is certainly an oddball vampire picture. It’s one driven by ideas, characterization, and deadpan comedy more than jump scales, gallons of gore, or eroticism. 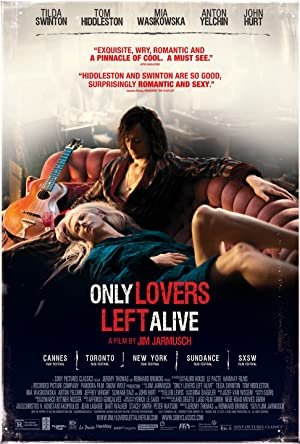