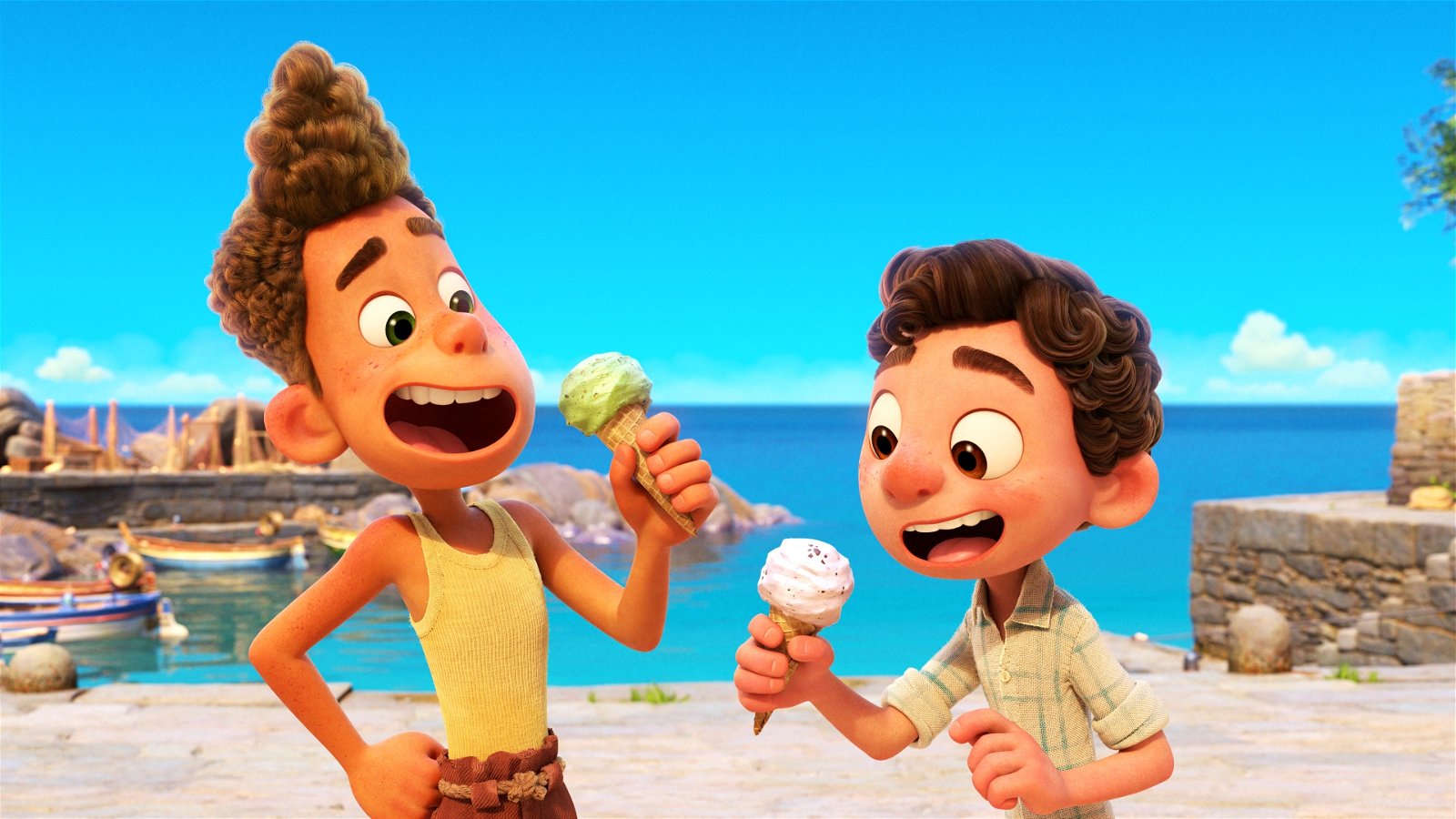 I try to go into animated movies through a child’s eyes. That was harder than usual when watching Disney-Pixar’s Luca. Though the film strikes important, coming-of-age concepts, they’ve been done before and nothing here was particularly new or refreshing.

Luca follows a family of Sea Monsters who dare not go above the surface. The son, Luca, voiced by Jacob Tremblay, naturally develops curiosity and is immediately forbidden by his parents who use scare tactics to discourage him from venturing out of the water. Surprise! He does anyway, where he meets Alberto, voiced by Jack Dylan Grazer, another Sea Monster who has experience on the surface. Chaos ensues, eventually leading to a feel-good ending for all—apparently.

I won’t say that the movie wasn’t enjoyable. Young children will likely have fun here. There were laughs, cute moments and things I could identify with, especially as a mom. For instance, when Luca’s mom, Daniela, played by Maya Rudolph, finishes a stern but important lecture, she comments, “We’re worried about him, right?” to Luca’s father, Lorenzo, played by Jim Gaffigan.

This is a moment any parent feels deeply, but I found the shallow gender roles portrayed in the film to be disappointing and stereotypical. While mom is off worrying, dad is in the corner distracted, giving her a generic response to show he wasn’t paying attention the whole time. In 2021, I think that Disney-Pixar can do better, and should.

“Harry Potter features a similar model of characters, right down to the wild-haired young girl.”

Luca tries to do better when it comes to the gender roles of the children, but again, it’s something that has been done before. Alberto is the tough guy with a story, Luca is scared, but brave, and Guila, voiced by Emma Berman, is a misfit, and a fiery red-head with a take-no-guff attitude, and she often takes the lead over the boys.

We’ve seen this trio before. Harry Potter features a similar model of characters, right down to the wild-haired young girl. The villain of the film, Ercole, is a typical, snobby villain, with two brainless sidekicks. Again, bringing Harry Potter to mind with Draco Malfoy and his goons.

There are some high points with the film too, like Grandma, played by Sandy Martin. Her role was small, but impactful. She plays the Grandma that we all know and love, covering for Luca, saying things his parents won’t and breaking all the rules. Grandma made me smile like all good Grandma’s should and I wish we could have seen more of her.

Though the movie was beautiful, it was hard not to compare the underwater scenes to Finding Nemo.  The ocean scenes are vibrant and inviting. Obviously, Disney-Pixar does animation well, and their use of colour and detail make even the smallest fish beautiful—and adorable.

“Luca is by no means bad, but it’s not a fan favourite either.”

Luca captures an excellent family dynamic, one that most parents can relate to, and one that we remember being a part of as kids as well. Rudolph perfectly portrays a worried mother, and though I’m not thrilled with the oblivious father role, Gaffigan does it with comedic style. Tremblay, Grazer and Berman have chemistry as a trio, with Berman stealing the show. Production made some excellent casting choices, and the team did well with the script they were given.

Unfortunately, the cast wasn’t enough to save the movie. It feels like Disney-Pixar took a bunch of successful, coming-of-age formulas, threw some Sea Monsters on top, and hoped for the best. Luckily, the excellent cast was able to make a less than creative script a bit more engaging. Luca is by no means bad, but it’s not a fan favourite either. And perhaps the most important question, why does no one question the lack of shoes?

Luca is an old formula with some colourful new Sea Monsters thrown on top. The film isn’t awful, and children will likely be engaged, but as a parent I’d like to see something new rather than the same old story re-told. 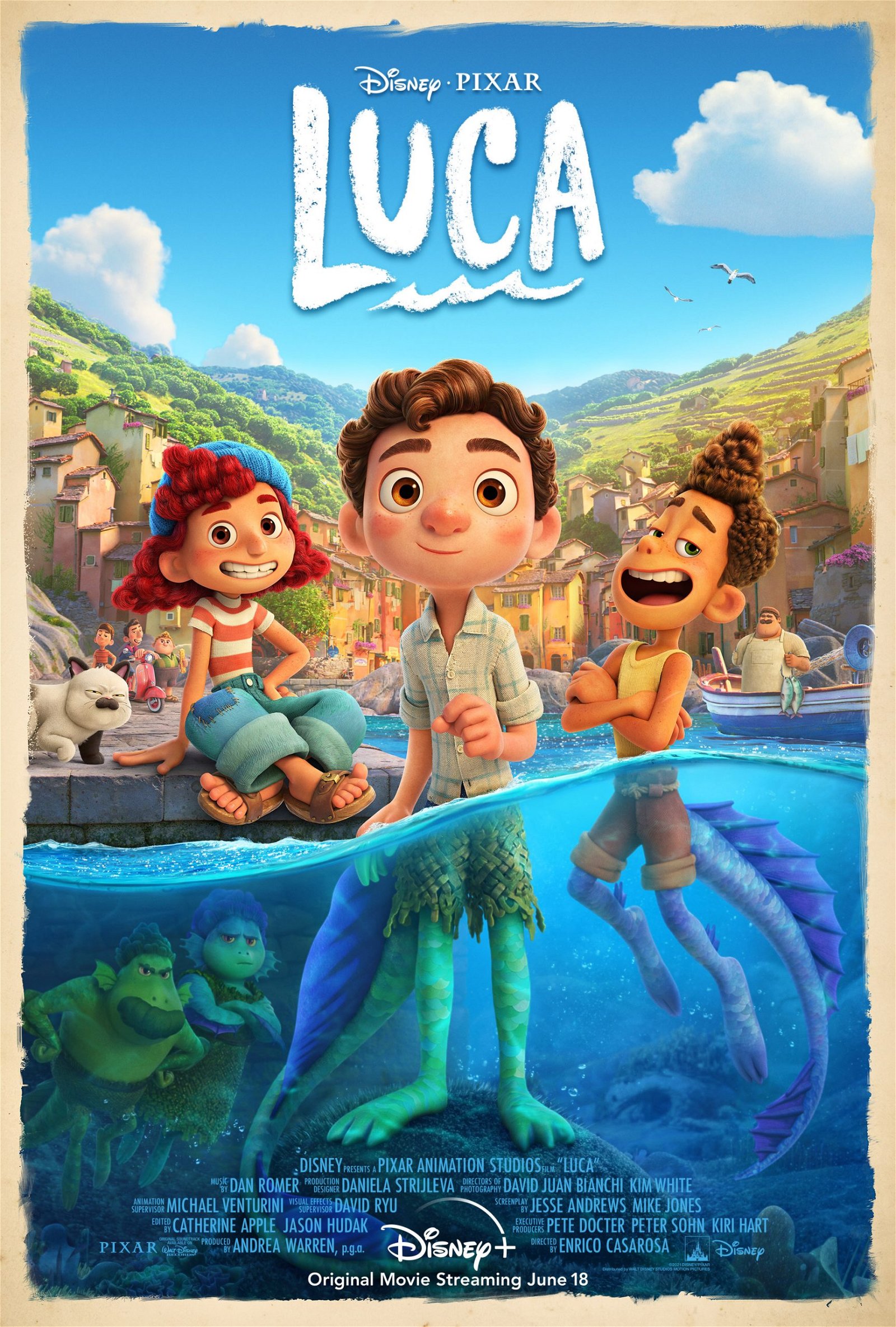