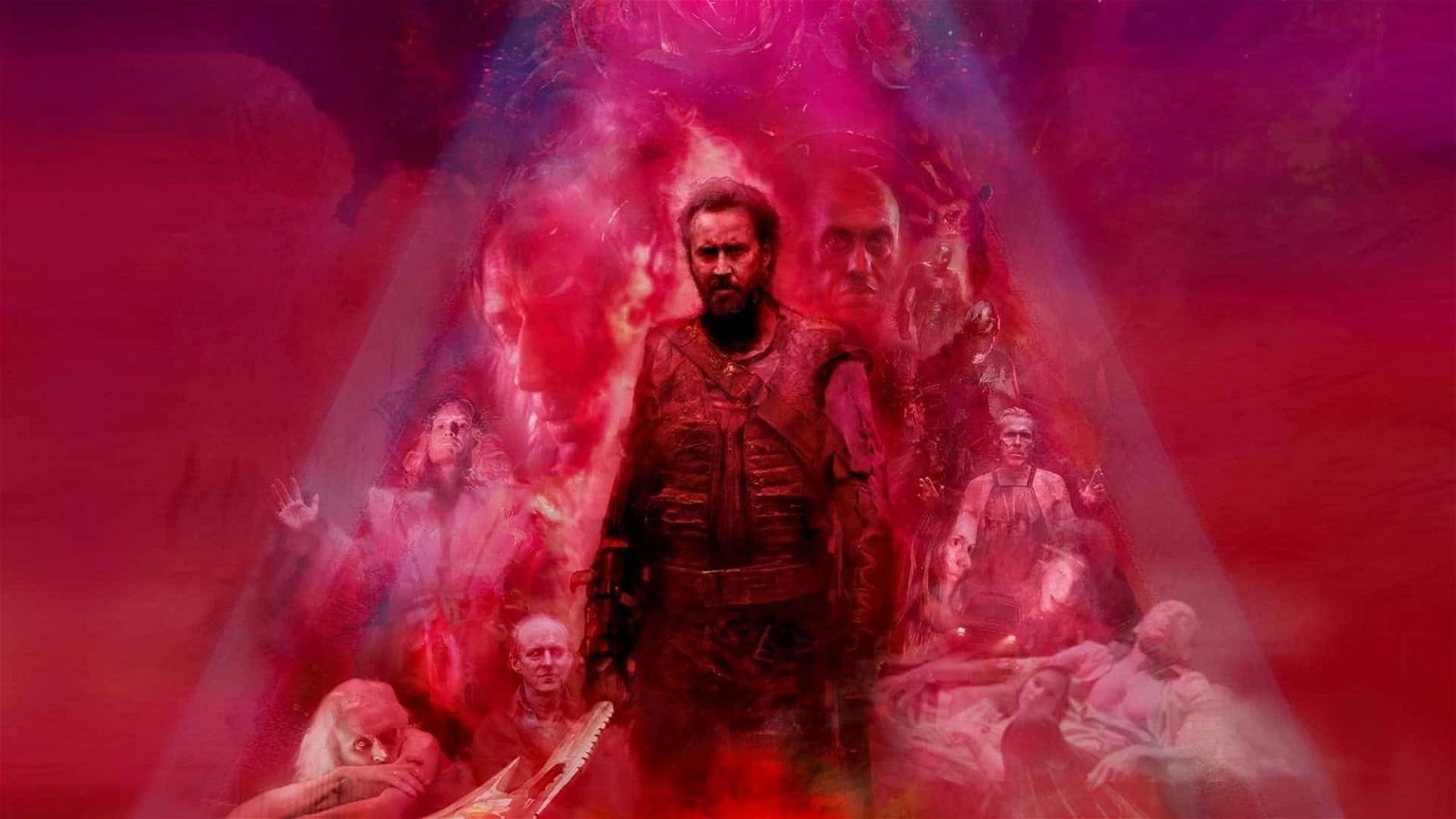 It’s easy to picture a reality where Mandy is a bargain-bin Rob Zombie or Eli Roth film.

Just looking at its IMDB page, that’s an impression that could easily be made – a bloody revenge film where Nicolas Cage hunts the demons that killed his wife. With any other director, Mandy would be a cheesy, badly-written B-movie trying way too hard to be “cool” or “edgy”. Only, that’s not the director who made this movie. That’s not what Mandy is.

Set in the American wilderness in 1983, the story follows Red Miller and Mandy Bloom, a couple played by Nicolas Cage and Andrea Riseborough who live a peaceful life in an isolated forest house. One day, Mandy happens to catch the eye of Jeremiah Sand, a failed 60s folk musician-turned-cult leader, who employs the services of monstrous demon bikers to do his bidding. What follows is a psychedelic pastiche of action, horror and revenge movies involving cocaine, chainsaw fights, and brief cameos from a tiger and a goblin-made of cheddar.

The most important thing to understand before seeing Mandy: It is not a comedy. Although there are moments of humour, the film plays its pulpy premise completely straight from beginning to end. This applies as much to visuals as it does to story: Mandy doesn’t cheaply copy the aesthetic of grindhouse films, it uses them for its own ends. The 70s and 80s style of filming and editing in long, wide shots instead of constant quick cuts and shaky-cam is used along with the blood and heavy metal, making for an experience that can be as meditative as it is brutal. Picture if Planet Terror had been made with the pacing and tone of Lost in Translation and you’ll have a basic idea of what watching Mandy feels like: vibrant colours, slow pacing and moments that linger seemingly for ages. At times, it feels less like a movie and more like a dream, a revenge film that you catch in bits and pieces as a child before you fully understand those concepts instead of something you’re watching in theatres as an adult.

Another important factor in the film’s uniqueness is its star, Nicolas Cage. Most people know him for two things: Yelling, and being in very, very bad movies. What makes Nicolas Cage memorable and even beloved to so many people is the way he gives 100% to every role, even in films that don’t deserve or even ask for that kind of over-the-top emotion. Instead of asking him to tone down his violent rages or just filming around them, director Panos Cosmatos creates a world that is perfectly suited to it, where Nicolas Cage’s signature acting style is less of an oddity and more of another indulgence in a setting full of indulgences. The result is his most physical and demanding performance in decades, where his dedication is the bedrock that carries you through the bizarre journey rather than a novelty that sticks out like a sore thumb. Supporting players are given monologues or times to shine, but ultimately, this is Nicolas Cage’s movie, and it’s a challenge he attacks with gusto.

There are few descriptors that I despise more than “It’s not a movie/album/TV show, it’s an EXPERIENCE”. I still won’t use it, since Mandy is definitely a movie, but it’s not a movie where you try to figure out the plot and characters, it’s a movie that you sit back and just…experience. The best action movies are like roller coasters: Pay your admission, get on the ride, and don’t get out until it’s done. Mandy takes this to its most extreme conclusion, breaking down the elements of the horror-revenge film into its basic elements, in the process creating something that feels entirely fresh and new. Not a parody, not a joke, just Mandy.

With a unique style and dedicated performance from Nicolas Cage, Mandy sets a new standard for modern hyperviolent exploitation films. 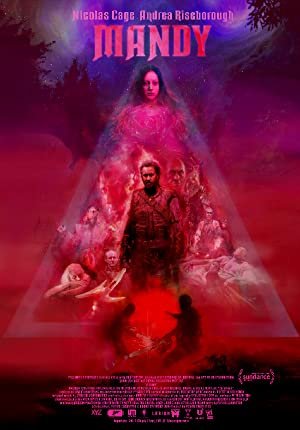