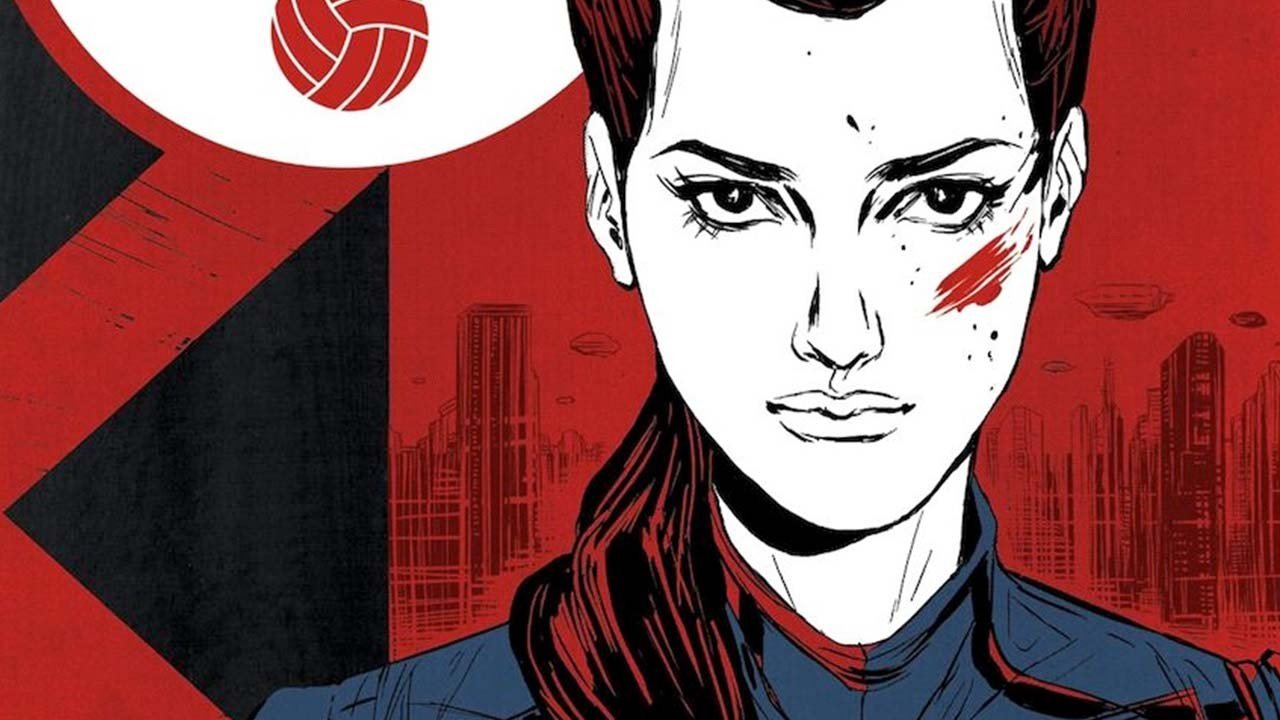 Over the years I’ve read a variety of Brian Wood’s offerings, and for the most part have enjoyed his stories, and in particular his deft work at building strong characters.  This new book focuses on a future world where world sports have become even more prevalent and important than in today’s world, and where the most successful athletes are mega superstars, to a degree that would make today’s most popular and successful athletes jealous with envy.  That being said, this entire issue is spent on developing the world that the character lives in, getting a sense of what her life is like, and then, out of nowhere, Wood decides to take it apart.  The writing is strong, and the character of Mara is quite likeable, and easy to understand in terms of her motivations.

My biggest issue with this book was the artwork by Ming Doyle, which I felt didn’t match the inventiveness of Brian Wood’s script.  The script demands artwork which can effectively convey the action and intensity of volleyball, and sadly Ming Doyle does not appear to be up to this task.  The artwork is average at best, but the wheels fall off the wagon when a pivotal scene occurs near the end of the issue.  A scene occurs which throws Mara’s entire world into disarray, but to be honest I couldn’t really tell just what was supposed to be happening in the sequence, based on the way that it was illustrated by Ming Doyle.  The artwork fails to capture the pivotal moment that Wood puts into the script, and it definitely took me out of the book, because I didn’t understand just what had happened.  After rereading the book, I understood what happened, but was disappointed that the artwork had failed to effectively convey what was written in the script.

If it weren’t for the artwork on this book, this could have been a very enjoyable book, but with the artwork constraining the script, the script struggles to get through artwork which chokes its creativity, intensity and conciseness.  Wood delivers a strong script, but Doyle isn’t the best choice to accompany Wood on this new illustrated adventure.  I’m interested in seeing where Wood goes with the rest of this story, and hope that the artwork becomes clearer, and captures the action more effectively.

My biggest issue with this book was the artwork by Ming Doyle, which I felt didn’t match the inventiveness of Brian Wood’s script.