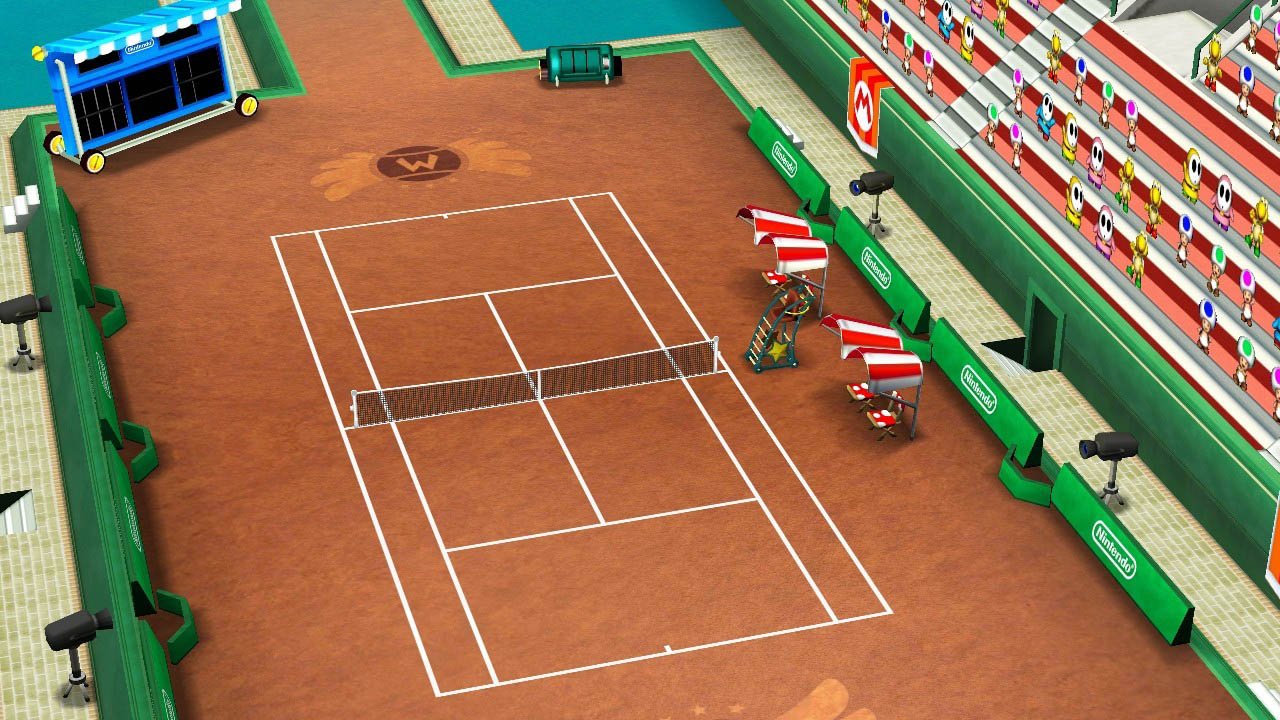 For a visibly chunky plumber, Mario is one hell of an athlete. Between bouts of rescuing princesses from giant lizard kings, the guy has been known to play in the Olympics, baseball, and virtually ever other pro sport (often involving the princess and lizard king, who seem to get along surprisingly well when they are playing sports). Weirdly, the sport that Mario and his buddies keep coming back to again and again is tennis. Pretty well every system has gotten a version of the game since the Gameboy days, with copies even coming free with The Virtual Boy if you were unlucky enough to invest in that system. Mario Tennis has quietly and oddly become the most consistently produced Mario side project outside of Mario Kart. Yet, it’s not a series with the same intense fanbase as those who love shell-slinging racing. Truthfully, I can’t think of anyone who is a particular fan of the series even though the games keep getting cranked out so consistently. Surely, some people must be buying them, at least enough to justify producing another chapter in the Mario Tennis saga for my beloved 3DS.

Mario Tennis Open is a pretty decent Nintendo Sports title. It’s nothing special, but the good folks at Camelot offer up a cartridge that does exactly what the box promises. They’ve also come up with a few surprises and twists in the formula, if not quite enough to rejuvenate the series. The game features just enough clever ideas to show the limits of the series and plant the seeds for what could be a pretty damn good sequel. The core of the game is still tennis (shocking, I know). The circle pad moves the character while each button offers a slightly different style of hit that affects the ball’s trajectory. There are actually far more control variations here than in previous outings, even more so when using the touch screen to decide which tactic to take, offering more possibilities for strategy and less button smashing.

A nice new addition are the power up moves in regular or tournament matches. When you’re on the receiving end of a shot, a circle will appear on the court with a color connected to a specific command. Hit the right button on that spot and you’ll get a super-powered shot that’s difficult for the opponent to hit. I really liked this new feature, but wish it had been pushed even further. The problem with most Mario sports games is that they are fairly straightforward despite the Nintendo all-star cast. Given that these games all take place in Nintendoland rather than the real world, they should be an exaggerated NBA Jam styles twist on their sport. These power up moves are a nice start, but I’d like to see even more adventurous gameplay options in future installments and maybe even some more interactive levels to complicated things.

The exhibition and tournament modes are exactly what you’d expect. Unfortunately, I was never able to connect with anyone for an online match to test out that mode. But I was also playing pre-launch and I’m sure that won’t be an issue soon enough, especially given how fan-damn-tastic the Mario Kart online matches played. The presentation is quite nice, with smooth animations in the 3DS Nintendo house style that’s been established in previous Mario titles (and Wii games for that matter). I found the use of gyro controls to move the camera during gameplay to be a bit irritating, but thankfully it’s not crucial. Camelot filled their game with achievements including extra characters, levels, items, and costumes. The only bummer is that the item and costume customization can only be done on Mii characters and the menu is so difficult to access and understand that it’s impossible to tell if you’re improving your character or not. If that’s all that Mario Tennis offered it would be a pretty slight and forgettable title, but thankfully a few mini games were snuck in that really increase the value of the package.

First up is Ring Shot, which is fairly self explanatory (you play a tennis match and get extra points for knocking your shots through rings, yay!). Next is Galaxy Mode, which adapts the Mario Galaxy word for a gorgeously designed space setting with moving platforms that will send your characters or balls in to a black hole if you aren’t careful. Then there’s Ink Showdown which features the ink-spitting piranha plants from Super Mario 3D Land that will cover your screen in black goo mid-match if you don’t batter those as well as the ball. Finally, by far the most entertaining mini-game is Super Mario Tennis. You play against a wall like squash, except projected on that wall is a simplified version of levels from the original 8-bit NES Super Mario Bros. with points and time awarded for hitting enemies, coins, blocks, power-ups, and pipes. It’s incredibly inventive, addictive, and a shit-ton of fun. All these mini-games are fairly brief add-ons, but they have a more goofy and creative spirit that the regular gameplay modes could have used.

Mario Tennis Open is a perfectly decent timewaster and possibly even the best title ever produced in the franchise. However, it’s not really something that you desperately need to own if you’ve got a 3DS. The major issue is that Mario Tennis came from time when simply getting a credible tennis simulator onto a system was enough to impress gamers. These days, that’s nothing special and merely playing a decent tennis game with Mario characters isn’t very exciting. Camelot has added a few innovations to spice things up a bit, but not nearly enough. Mario sports games should take more advantage of their cartoon setting for a super-charged variation on the sport of choice and while this title does nudge things in that direction, it doesn’t do enough.

If developers start using games like NBA Jam as a model, these titles could become exciting. As it stands, they feel more like new release fillers to keep a constant supply of fresh Mario games on shelves. Mario Tennis Open takes great strides for the series and is worth a look, it just feels a bit disposable. I suppose if you’re one of those secret Mario Tennis fans who have inexplicably been keeping this franchise a success system after system, you’ll want to rush out and pick this up. However, if you’re one of those people you really should start looking into investing in other Nintendo games. You’d be surprised how good they can be.

Mario Tennis Open takes great strides for the series and is worth a look, it just feels a bit disposable.

File Under: Wii
A retail version of the game reviewed was provided by the publisher. You can read more about CGMagazine reivew policies here. 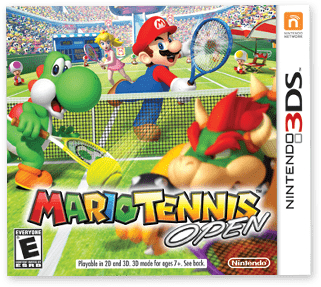