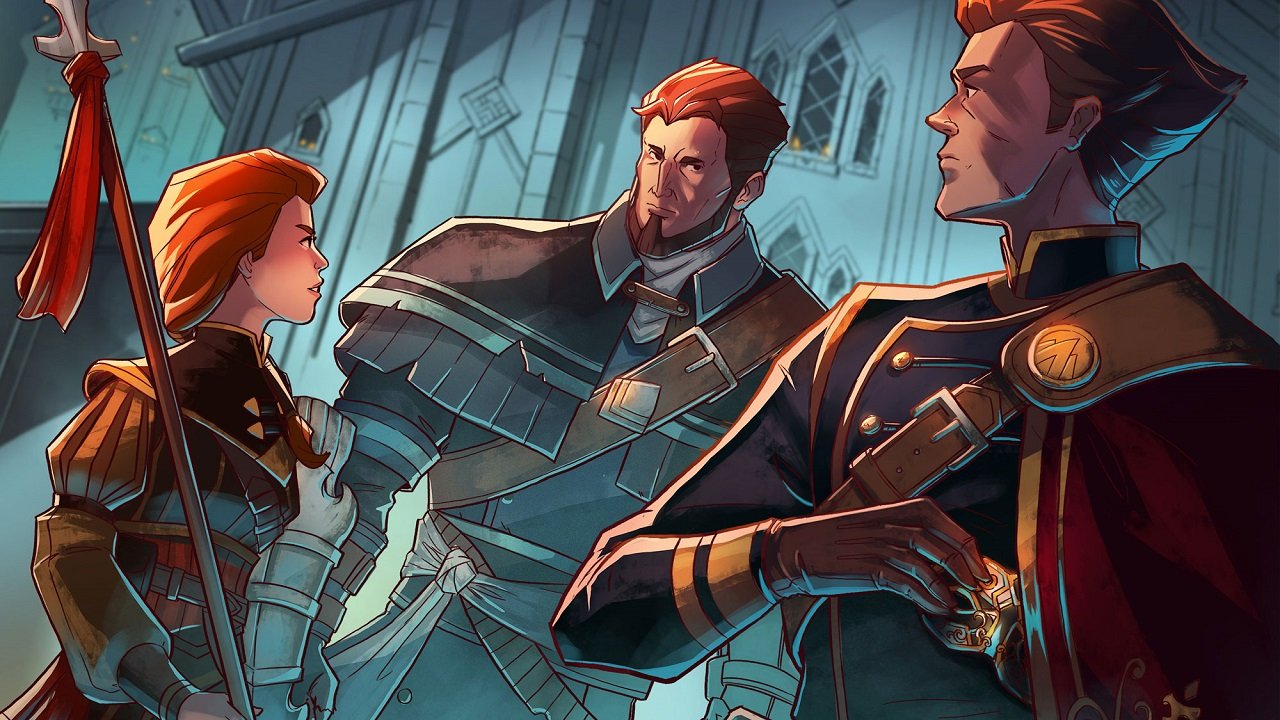 Masquerada: Songs and Shadows is a tactical RPG from Witching Hour Studios out of Singapore. Players engage in real-time combat that can be paused in order to issue commands, plan attacks, and queue up specials. The game will be familiar in many ways to those who’ve played classic games of a similar nature. However, despite some similarities to titles such as Baldur’s Gate, in every respect, Masquerada is a much simpler, more toned down, bare bones RPG. The game does have its own charms though, thanks to a bright, colourful art style and a unique setting.

Words like “steampunk” get thrown around a lot, and at this point encompass a wide variety of similar yet separate subgenres (dieselpunk etc.). Masquerada: Songs and Shadows is what I will hereafter refer to as Venetianpunk. The game takes place in a fictional “citte” called Ombre, a trading hub of sorts in a world of islands known as the Belt. Much like the city from which it draws inspiration, everything in Ombre, from the clothing and names of the characters to the architectural designs of the buildings, the language spoken throughout the city, is reminiscent of Renaissance-era Venice. I have to give Witching Hour Studios huge credit for straying from the well-trod path of Western Fantasy by moving away from the usual medieval swords-and-sorcery setting into something quite original. Unfortunately, at least in the opinion of this reviewer, this setting also made it incredibly difficult to think of my characters as badass, tough, or dangerous. There’s something about sequined masks, ruffled collars, and bright pantaloons that really brings the “cool” factor down.

Gameplay consists of rather simple, linear encounters in which the player can swap control between party members and line up various attacks. The titular masks, known as Mascherines, grant their users elemental abilities, which can be upgraded and unlocked with a fairly standard XP system. Players can focus on Water, Air, Earth, or Fire, each with its own advantages and disadvantages. Combat is fun, at first, when you are still under the impression that tactics are relevant, but eventually, every fight just descends into chaos as you run around spamming certain attacks. The “real-time but can be paused” approach doesn’t mesh quite as well as one would hope, but I’m willing to give the studio some leeway here, considering that they are a small studio and this is their first game.

Aesthetically speaking, the game is very bright and colourful, which is a nice break from the grim greys and browns players are used to with these sorts of games. On the other hand, the game is so bright and colourful that it became grating on my eyes after a few hours of playing and I eventually grew annoyed with it. Things are too clean, too loud, and at first, it’s lovely, but by the end, I was kind of over it. Levels are broken up into tiny little chunks so you’ll never get a big, grand sweeping view of things, which is unfortunate because I did want to see more of the world Witching Hour put together. On that note, load times aren’t necessarily super long, but my goodness are they ever frequent. Because each area is so small, traversing through them doesn’t take very long—whether it’s from room to room or going in and out of buildings—but every single time you move to a new frame, that damn loading screen pops up.

The music is another aspect that overstayed its welcome after a while, to the point where I completely turned it off. What begins as an epic, symphonic score…just keeps going. Hearing those instrumentals cranked non-stop, at every juncture, got old pretty quickly. The music is good, but it’s too loud (yes I know you can turn it down or off, but then you miss out on part of the experience) and never lets up. For a small studio though, Witching Hour Studios did a pretty good job on the voice acting, and I appreciate they didn’t just opt for walls of text. It really allows the game to feel like a more complete experience, even if the performances aren’t exactly Oscar-worthy.

As far as the RPG aspects go, Masquerada: Songs and Shadows is lacking a bit. There’s nothing I love more in RPGs than min-maxing stats and crafting the perfect build, which often involves hunting for and equipping various pieces of gear. Outside of the masks, though, of which there are plenty, there is no real loot to be found in Masquerada. Adding to this feeling of stripped-down mechanics is the game’s lack of sidequests, NPCs, conversations etc… Basically, you get what you get, you get who you get, and you just keep ploughing through the levels. There’s not much else to do in the game outside of the main story, and while it is certainly entertaining enough with its unique setting, original characters, and plot twists, sometimes I’d just like to dick around town or go grind dungeons for new items—something I can’t do in Masquerada: Songs and Shadows.

Masquerada: Songs and Shadows is a pretty solid first outing for a small studio. I love the original take on a classic formula as far as setting goes (despite all my characters looking like total dorks), and it’s refreshing to see. However, the linear gameplay, chaotic combat, and lack of items and sidequests really holds it back from being a huge success. It’s definitely worth checking out, especially for RPG fans looking for something new, but it’s a pretty shallow game that doesn’t warrant multiple playthroughs or time-sink gameplay.

Masquerada: Songs and Shadows is a colourful, easy-to-play RPG with a unique setting and nifty characters. 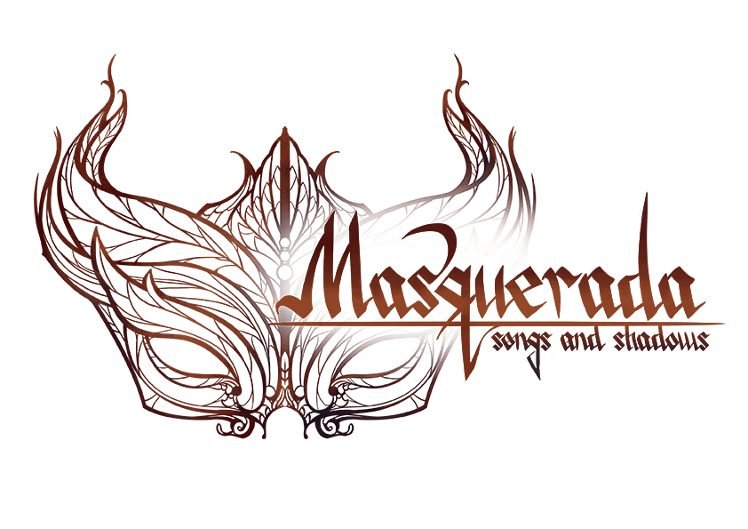