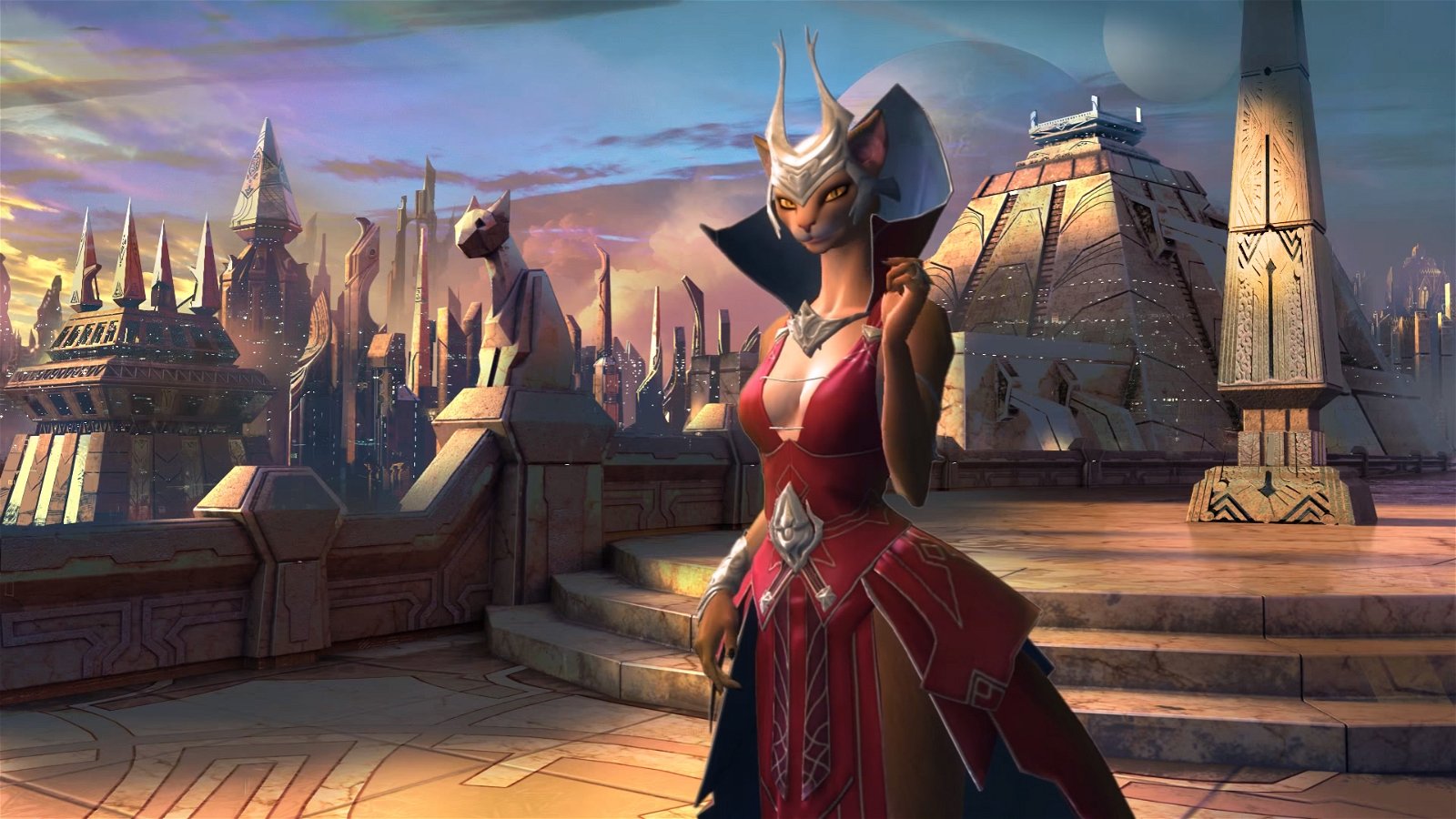 Master of Orion was one of the first, if not the first 4X game I ever played. I was a youngster, unprepared for every facet of the formula (eXplore, eXpand, eXploit, and eXterminate). Often times I’d explore, but not expand. Or I’d try to exploit, and get exterminated. You really have to at least attempt to follow all four precepts, or be aware of them, to succeed, or you’ll get stomped by people who do. Slowly but surely, by the time the sequel came out I was ready for a lifetime of these gargantuan time sinks, and the same goes for the reboot, Master of Orion: Conquer the Stars.

Your goal, in both solo play and multiplayer, is to have the best score out of everyone playing by the time the game hits the turn limit — think Settlers of Catan, and you’ll have a good idea of how the flow works. You’ll be exploring the galaxy bit by bit, discovering new solar systems and colonizing them before moving further into the final frontier. It’s easy to get overwhelmed by the concept, but with one of the more winsome visual styles in some time (with vibrant shades of purple and blue), getting on board with Master of Orion: Conquer the Stars feels natural. That extends to just about everything from the sleek menus to the voice acting, with goes above and beyond your typical 4X release.

While the ensemble cast in Master of Orion: Conquer the Stars is comprised of talent like Nolan North and Troy Baker, who play the vast majority of ancillary voices these days in just about every game, there are two major gets that really bring a smile to my eyes — Mark Hamill and Michael Dorn. You also have John de Lancie (Q from Star Trek), Alan Tudyk (Wash from Firefly), and many more. What’s old is new again, and their performances feel fresh and inventive while carrying their storied careers along with them at the same time.

The soundtrack is what you’d hear in a queue in Epcot at Walt Disney World — soothingly futuristic (the research management track is almost a spot-on recreation of the line for the Test Track ride!). But that sort of leads into a minor quibble I have.  While Master of Orion: Conquer the Stars feels like an appropriately “epic” exploration adventure, it never really nails the dark tone that previous games touched on. It’s not that big of an issue when you consider everything we’ve talked about, but every so often I did feel the sting of not facing a foe that truly felt terrifying or ruthless.

That leads me into the weakest aspect of Master of Orion: Conquer the Stars — combat. It’s not turn-based anymore, which feels like a massive misstep, and a radical departure from the original series. Battles feel more like a formality now, taking a backseat to diplomacy and deterrence. It’s not so much that it’s a commentary or deliberate choice as an unfinished feature — something that’s more dumbed-down than streamlined. Often times I’d feel inclined to micromanage a fleet, before I realized that there really isn’t a point to it and set battles to auto-resolve. If that’s your main draw as a fan of the older series you’ll probably be disappointed here (and rightfully so), but just about everything else is on point. That said, it’s not like preparing for war is useless, it’s just the act of actually participating in a battle that’s not engaging.

From the initial thrill of entering a planet to colonize it, to the comprehensive voice acting throughout the game’s upgrade and tutorial menus, the presentation is impeccable, which helps lend credence to the fact that this is a living world.  You’ll see people moving about your planet while managing resource production, and although you can’t really get in SimCity granular style to manage each citizen (it’s more like assigning a group of them to jobs like research, food production, and infrastructure), the impact is there.

That’s also the case for the robust espionage system that allows players to send agents across the galaxy, the ability to customize your fleet to suit your personal play style, and the diplomatic features that still manage to feel tense and exciting even though they’re just menu-based. All of this can be learned through a great tutorial that will ease you into the 4X genre, while maintaining a high ceiling that you can explore over time.

What Master of Orion: Conquer the Stars really needs is just a set of tweaks, because the foundation is clearly there. If you’re the type of person who loves spending time crafting the perfect plan and becoming immersed in a completely new world, it’s worth diving into. It’s not nearly as complex as its predecessors and the subsequent 4X games that have been released since then, but it’s streamlined and polished in such a way that as long as you’re prepared to have a different experience, you’ll slip comfortable into its cockpit.

One of the most marquee franchises in 4X history returns, with modern advancements and all 10 races from the original.