A Bundle of Lesser-Known Classics
SCORE: 7/10 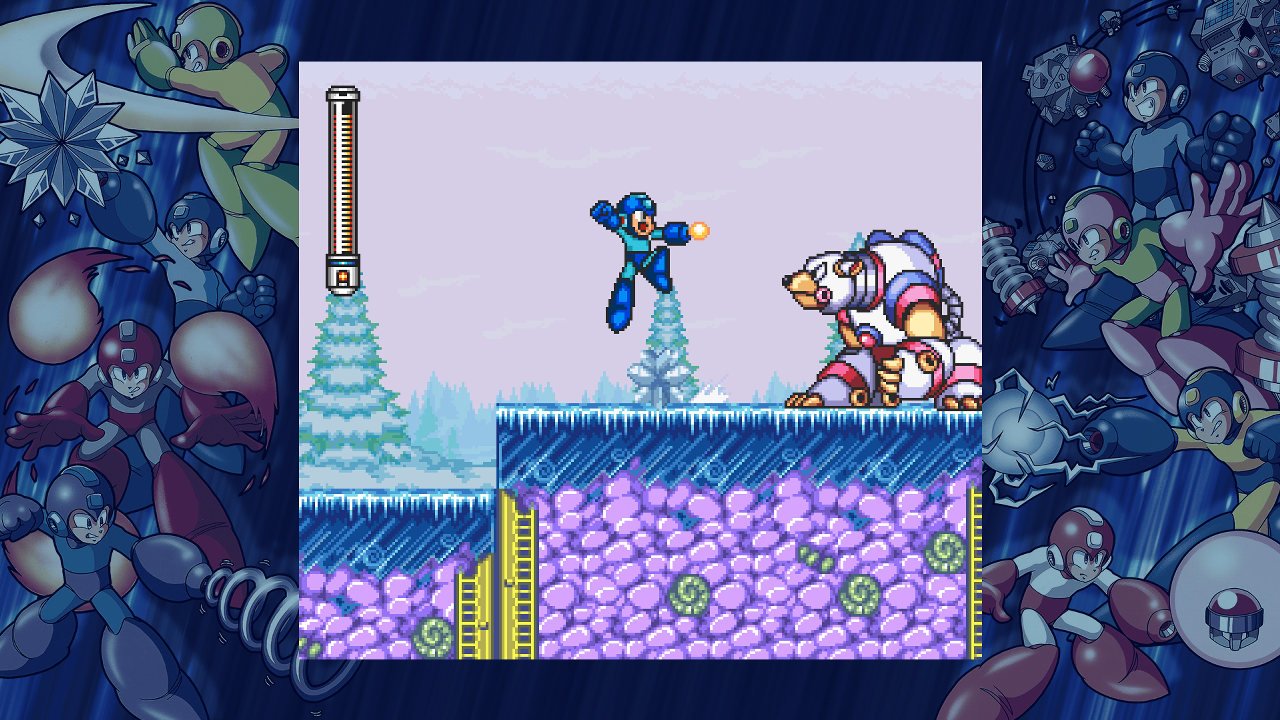 Despite Mega Man being considered a gaming icon by many, Capcom hasn’t been too kind to the blue bomber in recent years. With the cancellation of a number of in-development titles, it seemed as though the Mega Man franchise was being put to rest entirely. There was however, a small glimmer of hope shown in 2015 with the release of Mega Man Legacy Collection, a compilation of the first six Mega Man titles for the NES. Although Capcom still hasn’t created any new titles in the series in the last two years, we’re now being given the chance to play the remaining classic Mega Man games thanks to Mega Man Legacy Collection 2. While the four remaining games in this collection aren’t often talked about as much as the entries before it, Mega Man Legacy Collection 2 serves as a reminder that these games are a worthy part of Mega Man’s history.

Originally released for the SNES in 1995, Mega Man 7 brought the classic series into the 16-bit era. Not only is Mega Man 7 my favourite game offered in this collection, but it’s also my personal favourite out of the entire series. All of the stages are bright and colourful, enhancing everything found in previous NES titles. In addition to eight traditional Mega Man bosses, Mega Man 7 also marks the return of Proto Man and the debut of Bass and Treble. While the enlarged character sprites may take some getting used to, most will find that Mega Man 7 doesn’t play all that different from any other Mega Man game.

Mega Man 8 brought the series to the original PlayStation in 1997 and was the first Mega Man game to use 32-bit graphics. This also the first entry in the classic Mega Man series to offer a slightly bigger focus on story, featuring fully animated cutscenes. Seeing as all the games in this collection are mostly untouched however, the game features hilariously bad voice acting. While Mega Man 8 touts the same gameplay as previous titles, there are a few changes made. When using another weapon, Mega Man is still able to fire his regular mega buster shots, making things a bit easier. Mega Man 8 is lacking in things like items however, removing classics like the E-tank. Stages in Mega Man 8 are also different, being much longer than in previous games and offering checkpoints between each section.

Mega Man 9 and Mega Man 10 were originally released as downloadable titles in 2008 and 2010 respectively. As a callback to the NES titles before them, Mega Man 9 and 10 return the series to its 8-bit roots. The games also revert Mega Man back to his most basic state, removing his ability to charge for more powerful shots and to slide. After completing Mega Man 9, players can unlock Proto Man as a playable character, originally released as DLC. For Mega Man 10, this applies to Bass. Mega Man 9 and 10 feel exactly like the NES entries before it, not really changing the formula at all aside from the additional characters.

This collection is without a doubt the best way to play any of these four games legally without spending too much money.