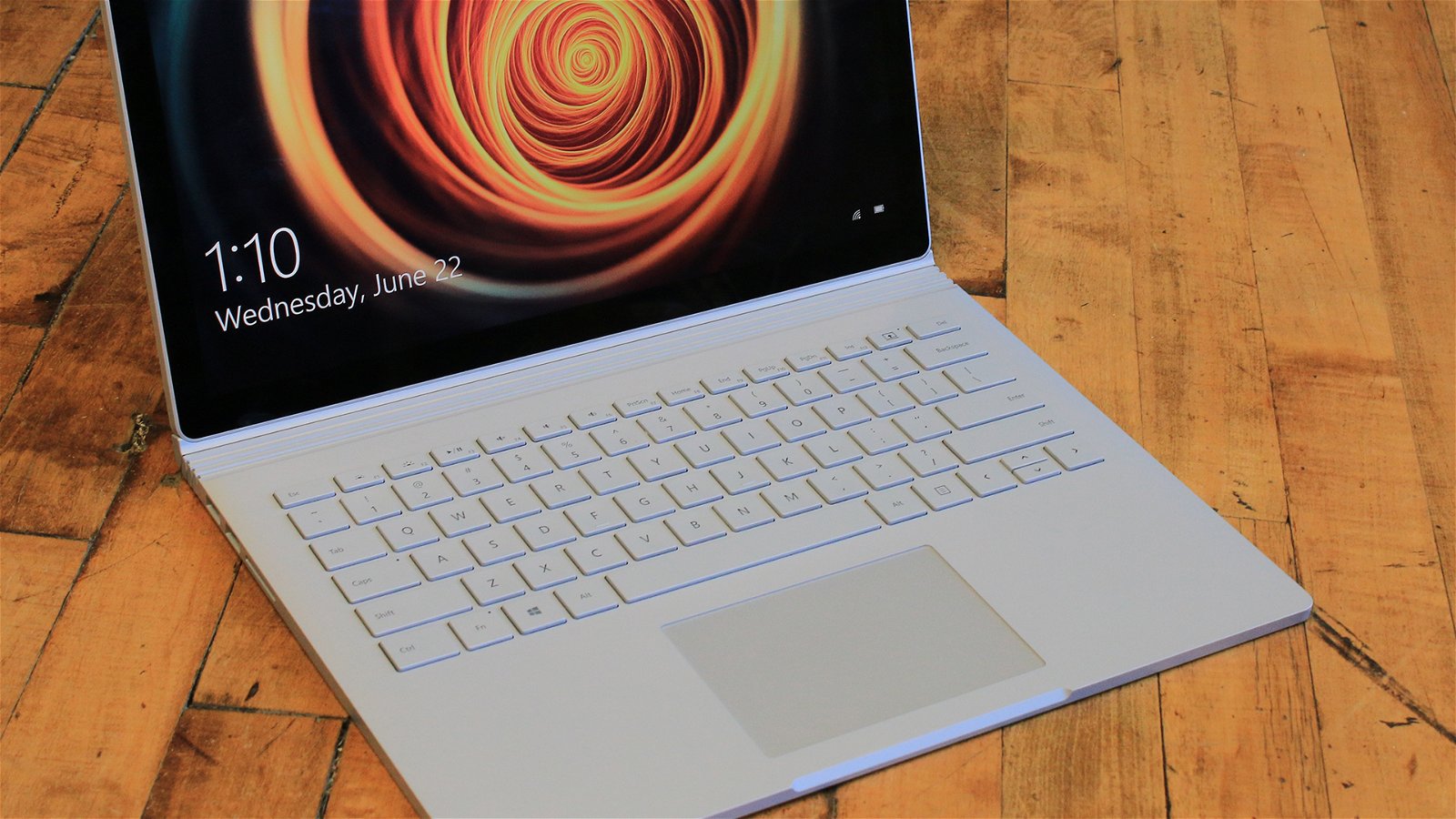 I remember feeling like the biggest cheese when I got my Microsoft Surface. While other people were bringing their iPad’s to school, thinking they were so great, I would walk up to them and say “Oh yeah? Well does your oversized iPhone have a keyboard and a USB port? Didn’t think so.” Then I would walk away smugly, never letting on that my Surface was a Surface RT, Microsoft’s entry into the tablet market. The existence of the Surface Pro made my unit obsolete and to this day it serves more as a paperweight than anything else, but it was a birthday gift, and one should never look a gift horse in the mouth. If only I had a Microsoft Surface Book, then I could’ve really spun some heads.

The Surface Book feels like the logical conclusion to the tablet era: built as solid as a dedicated laptop, but allowing for the versatility that comes from a tablet. That may sound like a familiar line from my Spectre review, but this versatility is thanks in no small part to the Surface Book’s detachable screen.

Staying true to the Surface’s design, the tablet screen is not bound to the keyboard, allowing for the full freedom that tablet devices enjoy. As a tablet, the Surface Book comes in at a concise 12.3”x 8.6”x 0.3” fitting easily in almost any backpack (and I might go so far to say, any messenger bag). Even with the keyboard the Surface Book sits at a lean 12.3”x 9.1”x 0.9,” weighing only 3.3lbs.

On its own, the screen feels durable and offers a crisp 3000x2000 resolution. It's improved by the inclusion of the Surface Pen, which clips snuggly to the side. While Surface fans may be shocked to find the kickstand missing, the screen attaches to the keyboard on a firm swivel hinge, locking to metallic clips. Users can set the screen facing the keyboard, laptop-style, or reversed so the keyboard acts as the stand (without the worry of sliding the keys around on tables).

Disengaging the tablet can be a bit tricky at times, as the function can be hindered by certain running applications or battery life. This can make the whole affair a bit inconvenient, however, given how sturdy the magnetic clips are it’s a small trade-off for such structural integrity.

Durability is consistent throughout the whole unit; the keyboard has a sleek, metallic feel and a rigid design. Although, if I have one complaint it comes from the very tight feeling I've always felt the Surface tablet keyboards have. The keys feel very squished together and often I hit “s” when looking for “a”. However, this is more an subjective criticism and not an intense design flaw.

On top of a strong exterior, the Surface Book comes with a powerful interior. The device I reviewed came equipped with an Intel Core i7-6600 dual-core processor, 16GB of RAM and 512GB of space. With its two USB 3.0 ports, I could confidently record and edit video, and, with what may be my favourite feature, sketch in Photoshop—It was a joy to take the Surface outside and draw with technological precision while surrounded by nature.

As always I tried my favoured Enter the Gungeon, and it ran as smooth as expected. Trying to run a bit of Vermintide, I had to drop the resolution and bring some of the detailing down to average, but it ran smoothly afterwards.

Running some of the more ambitious games may be hit or miss though. With reduced settings (essentially console settings: mid to low), the Surface Book could handle The Witcher 3: Wild Hunt, although it struggled to run Batman: Arkham City (but that might not be entirely the tablet’s fault).

The Surface Pro feels like a thing out of time. It has no business being as good as it is, which is essentially a boosted tablet. That being said, it also has no business being as expensive as it is; the i7 model costing $3,499.99 dollars CND, ($2699.99 USD). At such a steep price, anyone looking for a powerful laptop can find competent rigs from Alienware or Asus within the $1500-2000 mark, and anyone looking for a general-use Surface Pro can find one for $1100 (on the low end.)

Although if money's no object to you, then I would strongly recommend the Surface Book. For all it’s capable of doing, combined with unprecedented versatility, the Surface Book stands well above its predecessors and competitors.

Final Thoughts
For all it’s capable of doing, combined with unprecedented versatility, the Surface Book might just be the new gold standard for tablet hybrids.
More From CGMagazine