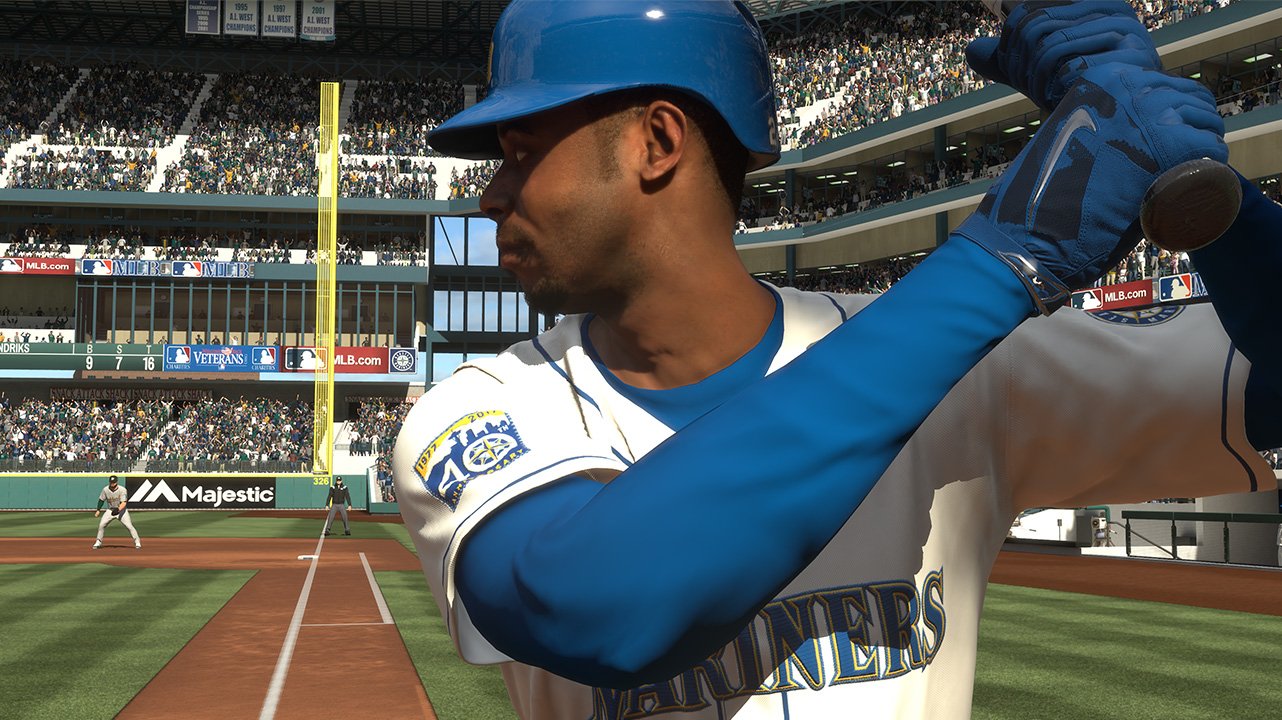 Well, baseball season starts this week, which means one thing for gamers: it’s time for the latest release of MLB: The Show. For years the PlayStation exclusive has been the definitive way to get your baseball jollies in the videogame world. Their controls and visuals are second to none and the game is always bursting with content that ensures players can keep picking this title up throughout the epic 8-month baseball season into the playoffs.Though, the last few years The Show has been a bit stagnant. Sure, the folks at Sony didn’t do anything to break their wonderful design, they just also didn’t add much beyond roster updates and a next-gen coat of polish. Well, not this year folks. Not only will you get the MLB: The Show staples you love, you’ll also get some sweet new bells and whistles that actually improve an already damn impressive package. For folks who love baseball as much as video games, MLB: The Show 17 is a thing of beauty.

So first up, the game looks great. That’s a given. Player designs are even more impressive than before. There are new animations (as well as alterations in control) in fielding that make the defence look and feel less robotic. The stadiums come packed with an impressively diverse array of fan animations to make the backgrounds feel alive. The controls are as fluid and smooth as always. The thing looks and plays like an absolute dream, with star players given special attention so that they move and look more distinct than the rest of the pack. Oh sure, hair still looks like a fuzzy helmet, and the control scheme hasn’t changed in years. But hey, it works. This is the pinnacle of baseball gaming at this point. Nothing else comes close.

Now, that all pretty much goes without saying. MLB: The Show is a sports gaming staple at this point. So it’s no surprise that MLB: The Show 17 offers everything from last year’s edition with a few new visual upgrades. The pleasant surprise this time is that the folks over at Sony Interactive listened to the fan complaints and added some fresh play options to their latest release. The first is a fun one for baseball gaming nostalgics. None other than the great Ken Griffey Jr. appears on the cover of this year’s edition of the The Show. As you’d expect, that means that he’s playable in a few modes along with some other baseball legends of the past. However, that 90s baseball icon was also responsible for Ken Griffey Jr. Presents Major League Baseball on the SNES and N64, which were the definitive baseball games of their era. Well, MLB: The Show added a “Retro Mode” this time which allows players to play games with that classic simple control scheme as well as some delightful 8-bit menu/font designs, an option for pixelated graphics, and Griffey’s old intro to the game that will send shivers down the spine of anyone who spent too much time with those classic titles. Oh sure, the game-play in Retro mode is far clunkier than the normal version, but that’s the point and what a treat this is.

The other big addition is to the “Road To The Show” single player mode that’s been a staple of The Show for the last few releases. As usual, you play as a minor leaguer working his way up to the MLB, controlling only that player’s involvement in any game. It’s as geeky and amusing as always. This time it’s also presented as a documentary with score, voiceover narration, and the ability to control how your player interacts with his coaches, agents, and the media. Essentially, you can be a sweetheart new superstar or Kenny Powers without the swears. It’s a nice additional form of storytelling immersion that makes “Road To The Show” even more oddly satisfying. Sure, the animation and interactions are a bit corny and limited. But hey, this was an experiment and it worked, creating an odd baseball RPG that’s unlike anything else. As a standalone game it would feel a little lacking, but as a welcome new edition to an already incredible package, it’s a special treat.

There have been new adjustments to “Franchise Mode” that are rather welcome as well. While it’s always fun to create a team and play out a season, sitting down to trudge through 162 games can try the patience of even the most dedicated fan. So this time there’s an option called “Critical Situations” that allows you to play only dramatic, game-changing at-bats and pitching situations. This obviously increases the excitement level and lessons the time commitment for baseball nerds like myself who like to host their own private fantasy league on MLB: The Show and it’s a great addition (It never feels rushed or like the season is over simulated. You’re always involved just enough through these dramatic moments). There’s also a similar fun new online mode that will add new weekly challenges designed by the MLB: The Show 17 folks, the first being related to hitting a home run as Ken Griffey Jr. (naturally). It’s a little thing, but a nice touch that’ll give players something new to look forward to throughout the season when they log on for roster updates.

Other than that, MLB: The Show 2017 is about the same as last year’s edition, in a fantastic way. The dynamic lighting, stadium details, and player designs are astounding. The gameplay can be punishingly realistic or a cartoony home run derby depending on how you customize your experience. Single player modes are deeply satisfying and are clearly designed to fulfil the needs of lifelong devotees of the sport. Online games run smoothly with several satisfying league and quick play options. The Show really has everything that a baseball fan could want out of a game and this year’s edition adds in some new bells and whistles that we’d never even imagined. Simply put, if you like baseball and video games you need to own MLB: The Show 2017. If not, why did you even read this review? Go forth and homer people. Hit them dingers. 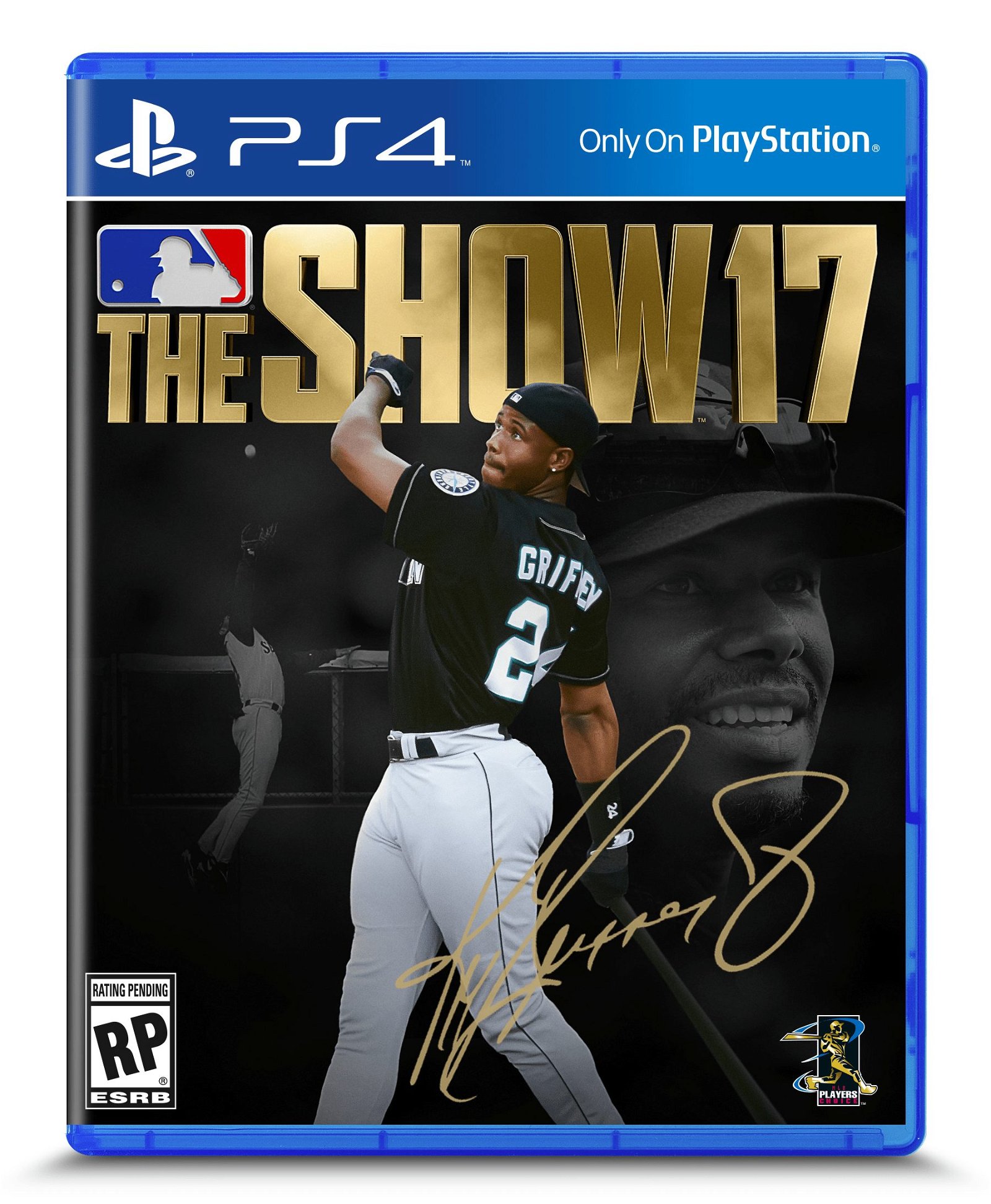