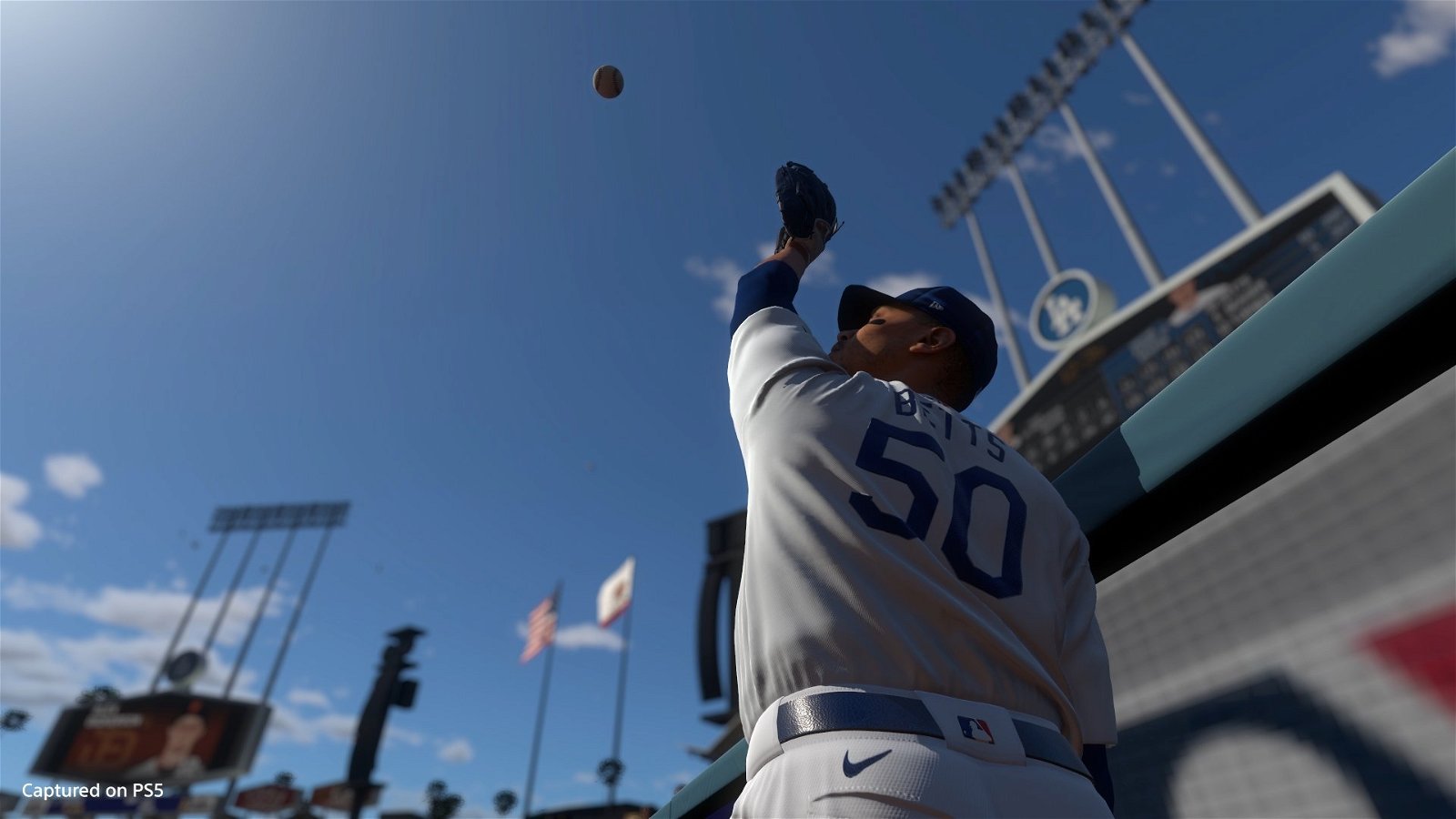 I took on reviewing MLB The Show 21 on a whim.

I am not a sports enthusiast, especially in video games — I’m more of a shoot-em-up, explore the environment kind of person. The only reason I signed up to do it is because I wanted to take a crack at the new Stadium Creator since I’m a fan of games like The Sims. It turns out I was pleasantly surprised with the experience overall, and my household has been glued to the game for days.

The first thing you do when you fire up MLB The Show 21 is choose your preferred gameplay style.  You have the option of casual, simulation and competitive (yea, right). I am a casual baseball fan — Let’s Go Blue Jays! — but since my experience with any sports game was less than the average player, I chose casual. It was said to be “an easier, fun, pick-up and play experience”. They lied. I suck. My kid sucks… Don’t tell my husband, but he sucks too. Keeping that in mind, we haven’t shut it off, so there is something to be said for how much fun the game is to play, even when you’re losing.

I tested out the new Pinpoint Pitching system, and in my opinion, the learning curve is steep to say the least. The system is surely meant for more seasoned players. I’ve spent some time online, trying to perfect the craft, but I think I’ll stick to classic pitching until I’m a little further along in my MLB career. I feel the classic pitching is more automatic allowing for more forgiveness with errors, whereas Pinpoint I can screw up royally all on my own — I trust the game more.

I chose to play MLB The Show 21 on the PS5 to really experience all the game had to offer on the next-gen systems. The studio went all out on the games motion capture animation and it really shines in the final product. My only complaint would be that the slide animations seem a little lackluster in comparison to anything in the field or on the mound. It stands out to me only because the other motions are SO good, that anything less than seems disappointing, so only a minor issue.

The way the game has found a way to bring in a bit of an RPG element with its Road to the Show mode was a selling point for me. Knowing that I could design my own character and see them through their career was something I wanted to sink my teeth into, rather than only using my favorite players and never really finding a connection with my team. This is the first time in a major sports game where I’ve heard the announcer call out a gamer by name like a real player, small touches like that make all the difference in the world. Just with one small feature they managed to make regular players feel like they have made it to the big leagues, and that's really the point of an RPG, right?

Road to the Show is basically the “career mode” you might find in any other sports game. What is different about this one, is that it is our first chance to be a two-way player, meaning I could both play a field position AND pitch for my team. That isn’t something that often happens in live baseball and is definitely not something we have seen before in an MLB game. I’m enjoying playing both positions because it cuts away from the monotony of a regular sports game. It's a different outlook on each inning and it keeps the game fresh as I progress my career. This mode also includes media bytes from real sports reporters and MLB personalities. Though I didn’t know them personally, my husband lit up every time he saw a familiar MLB face on the screen.

The last thing I really wanted to touch on was the Stadium Creator — my whole reason for this review. With over 1000 stadium props, I couldn’t wait to get my hands on a ballpark of my very own. The developers spent almost two years perfecting this portion of the game, so my expectations were high. I’m sure with more practice I could master the possibilities, but to me, at this level, I felt like I was just getting my camera stuck inside boulders and under the bleachers more than anything. Being a bit of a perfectionist left me spending way more time on wall placements than I ever would have thought, and in the end my stadium couldn’t compete with the Rogers Centre here in Canada. The good news is, I did get to bring Randal Grichuk with me anyway.

There are plenty of props to choose from, though I’m not quite sure I understand the number of massive boulders you can place around your ballpark. The Stadium Creator allows for customization of popular sporting event staples like your stands, scoreboard, terrain and background. And like the old saying goes… “If you build it, they will come.”

All in all, I believe MLB The Show 21 meets the needs of players at any level. Going into the game I thought it would be a complete disaster and that this review would feel like “work”, but realistically I enjoyed the time I’ve spent playing it and it became a fun activity I could do with my family. My husband is an avid baseball fan and thoroughly enjoys sports games but hadn’t picked up an MLB game since the early 2000s. Since we got it there hasn’t been a time the PlayStation 5 was free that he didn’t immediately hop onto the field. So, when it comes down to the question “Is MLB The Show 21 worth it?”, the answer is definitely a yes.

Final Thoughts
MLB The Show 21 is not an easy game to get the hang of by any means, but it manages to make the experience a good one whether you’re winning or losing.
More From CGMagazine 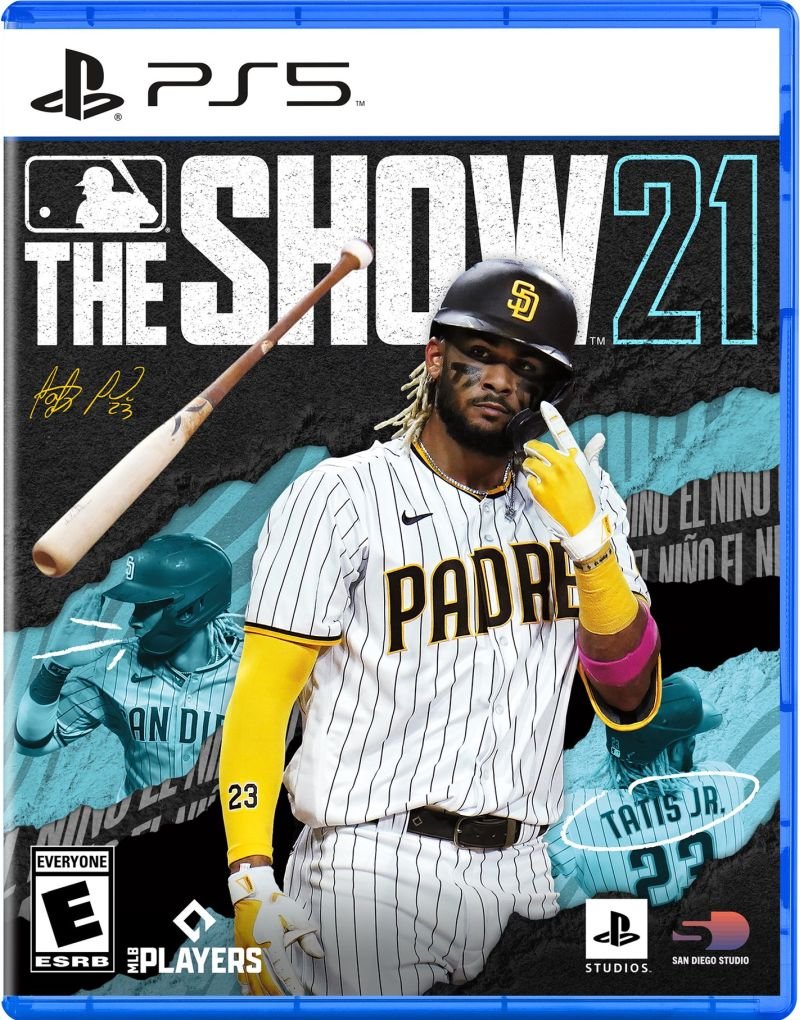