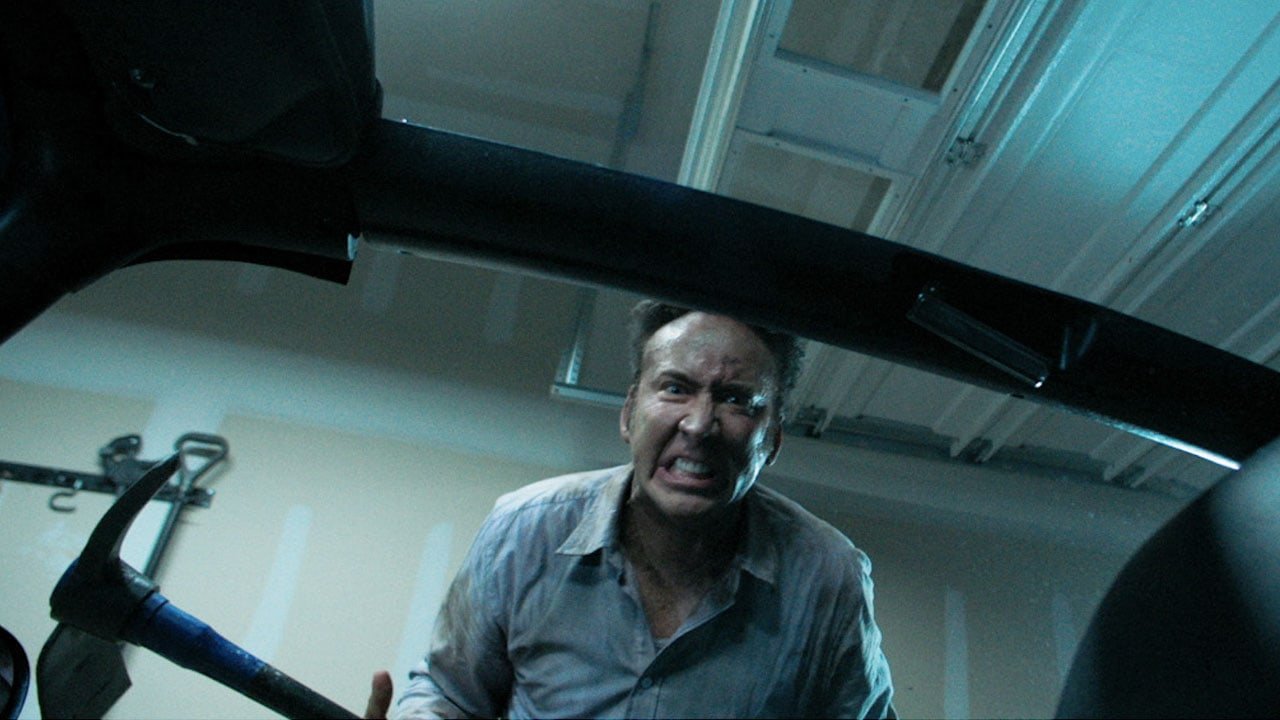 We all love art, but sometimes what you really need to scratch that movie itch is some good trash. Like, say, perhaps a movie about a world where parents start suddenly murdering their children for no particular reason. Boy that sounds like a trashy good time, doesn’t it? Did I mention that movie also stars Nicolas Cage and is written/directed by one half of Neveldine/Taylor, the batpoop insane team that brought you the Crank movies? Well, now you’ve got yourself a lil’ trashy treat, don’t you? The kind of flick that won’t provide any enlightenment to your life, but will provide undeniably special cinematic moments like watching good ol’ Nic Cage smash a pool table with a sledgehammer while singing ‘The Hokey Pokey.’ If that sounds even remotely appealing to you, then buckle up for Mom and Dad. Your sweet tooth for bad taste is about to be satiated.

Clearly inspired by the old timey exploitation movies of the 70s (this is essentially the opening scene of George Romero’s The Crazies stretched out to feature length), Mom and Dad boasts a single sentence premise that can sell a theatre full of tickets, then takes its time teasing it out. So, first we’re introduced to the Ryan family. The teen daughter Carly (Anne Winters) is so over her suburban parents she can barely muster the strength for an eyeroll, while her younger brother Josh (Zackary Arthur) is still in the “scream loudly all the time and leave toys everywhere” phase of childhood. Not a great time to be a parent. Mommy (Selma Blair) is struggling to rebuild her life now that her daughter is old enough to never want to spend time together and also learns that she’s no longer qualified to return to the job she left to raise a family. Meanwhile, Daddy (the glorious Nicolas Cage) is in full on midlife crisis mode and lamenting his lost youth. The usual tensions. Then, as the day goes on, the mysterious parental murder pandemic kicks off. Our family notices the wild phenomenon exploding around them and then the next thing you know, everyone is trapped in the home and murder is on mommy and daddy’s minds.

So, yeah. Like I said. Not high art. Not totally stupid either. Much like his Crank movies (and his delightful Grant Morrison TV series Happy), Brian Taylor revels in the bad taste trashy fun of Mom and Dad, yet is still clever about his brand of stupid entertainment. The movie does touch on the moments of disenchantment and regret that all parents inevitably experience whether they like it or not. This flick might mostly come from the perspective of the kiddies, but there’s a perverse sense of wish fulfilment offered for parents as well. Just hardly in a way that feels good. It’s more of an acknowledgement of certain harsh truths, followed swiftly by nasty genre movie antics at an ADD clip. Taylor may script his story like a backloaded exploitation movie that builds tension, but he still shoots like a madman. Every scene is shot from a number of disorienting angles and edited together for maximum impact and seizure-inducing intoxication. It’s a movie designed to play as sensory overload and given the subject matter, that’s entirely appropriate.

While there are indeed more than enough scares and shocks in Mom and Dad to earn the horror label, Brian Taylor and his cast are mostly playing it all for laughs. Everyone involved in this sick picture knows they are being naughty, so they at least wink at the audience and have fun with it. Nic Cage obviously leans into this, delivering one of his “Ragin’ Cagin’” specials. Every note of his performance is big and bold and laced with the darkest of comedy. By the time he’s marching around to murder, it’s hysterically hypnotic to watch him push past over-the-top and into a magic land of self-aware comedic overacting (Just wait until you see Cage enter an overacting evil dad contest with cult movie icon Lance Henriksen. That’s the stuff B-movie dreams are made of). Selma Blair gets some awkward laughs as well. She’s on grounding duty though, playing most of her emotions straight to give viewers a semblance of reality to grip throughout the onslaught of B-movie insanity. She holds the movie on her back and everyone can go that much further thanks to her hard work. Which is a damn good thing because this movie is all about excess.

It would be silly to pretend that Mom and Dad is anything more than the sleazy goofball ride that Brian Taylor and his team intended. Oh sure, there’s plenty here to provoke audiences’ brains and other organs, but ultimately this thing exists purely for viewers to have fun. How much fun you have depends on your tolerance for tongue-in-cheek cheese, slapstick violence, bad taste, and Nic Cage-iness. Many will balk at least one of those elements. Those who crave all three? Grab a beer and get ready to giggle away some brain cells. In a perfect world, all trashy genre flicks would be this deliriously gonzo. But we don’t live in that perfect world now do we? For now, getting one or two Mom and Dads a year will have to do. Gather up your whole dysfunctional family and enjoy!

Nic goes full Cage in this delightfully sick horror comedy, Mom and Dad, from half of the Crank writing/directing duo. Bad taste at it’s best. 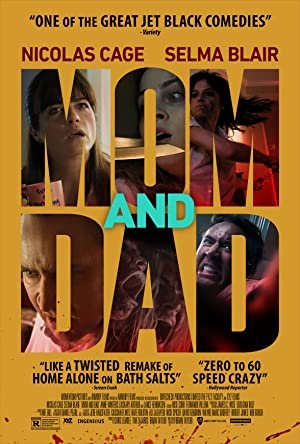