How to Train your Rathalos
SCORE: 8/10 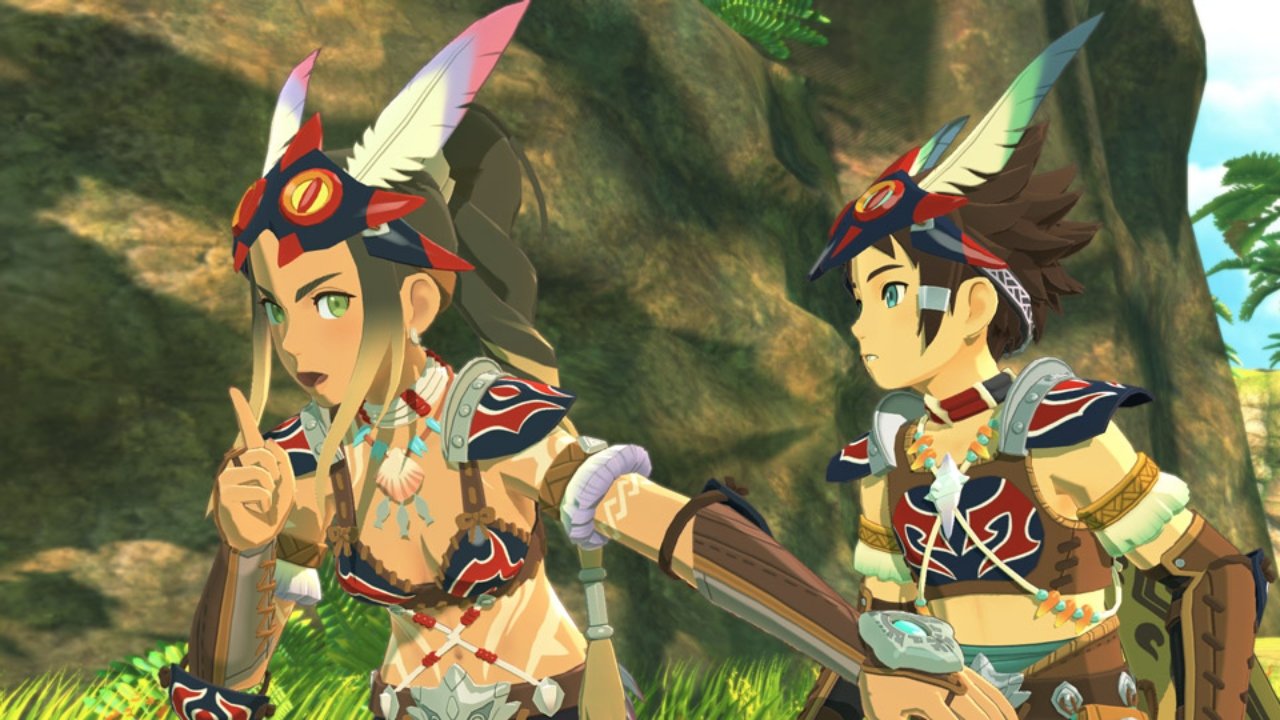 In the weeks leading to this review, I had conversations with two different people who said, “I  tried playing Monster Hunter…” and I actually finished their sentence, “it’s really hard to get into.” I admit, I was there once—I tried on multiple different occasions to get into Monster Hunter; buying and trading-in Monster Hunter 3 multiple times, before getting Monster Hunter 4 Ultimate and again, trying and failing to get into it due a general lack of understanding of the game’s systems. Only after my ex’s brother sat me down and showed me how to play the game properly, was I able to truly fall in love with it.

The story puts the players in the role of the grandchild of a famous Rider—warriors who, unlike Hunters, form bonds with Monsters and fight and work alongside them—named Red, who was well known for his kinship with Guardian Ratha—a Rathalos revered as the protector of the region. After a group of Hunters attempted to attack Guardian Ratha, it and several other Rathalos abandon the land, but not without leaving behind a single egg thought to contain a dangerous Ratha, capable of bringing about destruction—possessing the titular “Wings or Ruin.”

Furthermore, in the absence of the Guardian Ratha, several local monsters begin acting erratic, and attacking the locals. It’s up to the player to unravel the mysteries of their Grandfather’s disappearance, while also bonding and protecting the lone infant Rathalos.

It’s a deeply engaging story full of charm, drama, loveable characters and lighthearted humour; and while the player character remains silent, they are joined once again by Navirou—the bombastic Palico who joined players in the first Monster Hunter Stories.

Gameplay remains largely unchanged from the first game. Players will travel across the land, dealing with monster related problems, and gathering monster eggs to raise as “Monsties.” As you might have guessed, most monster related problems are dealt with through the game’s combat, which has been rebalanced and expanded this time around.

Much like the first Monster Hunter Stories, battles have a certain “rock-paper-scissors” element to them, and players will need to pay attention to each monster’s attack pattern in order to fight effectively. Furthermore, similar to its predecessor, players only control their avatar in battle, while their Monstie, and character companions are controlled by AI; so choosing a Monstie with the right attack pattern is also the key to success—as pairing attacks with Monsties will fill up player’s “Kinship Gauge,” allowing them to mount their Monstie in combat for stronger attacks, and big-damage Kinship Attacks.

However, unlike its predecessor, Monster Hunter Stories 2 has removed a large degree of the randomness in monster attacks; so, similar to mainline Monster Hunter games, players will need to study and learn each monster’s unique attack patterns. While players might think this might make monster fights much easier, Monster Hunter Stories 2 adds new dynamics to monster fights such as breakable parts that can only be damaged by a specific weapon type, monsters becoming enraged, going airborne or burrowing and several others.

Although, despite these new features, if I have one issue with the combat, it’s how generous it is to the player in setting up specific attack conditions. While players are allowed once per turn to switch their weapon and their Monstie to better suit a given monster’s weapon resistances or attack pattern; they are still able to attack after switching.

Perhaps it’s the cynic in me prioritizing the idea of challenge over fun, but I think forfeiting a turn in order to better approach the next is a crucial part of most turn-based combat, and considering how Monster Hunter Stories 2 approaches combat in a more streamlined, methodical approach; this just seems to give too much to the player. However, this is mostly a minor complaint, as the combat remains largely a fun experience, and not once have I found myself wanting to rush through it, or lamenting an encounter.

Outside the combat, though related to it; there is the Monstie management. There are 125 different Monsties to find, each with unique abilities both for combat and world traversal. Early into the game, players unlock the “Rite of Channeling” which allows them to sacrifice Monsties—not literally though—in order to take certain ability genes and apply them to other Monsties, giving them abilities they otherwise wouldn’t have.

Unlike the first game, which made Stimulants—items used to open locked gene slots—were a very rare item during the story, Monster Hunter Stories 2 makes them available almost immediately, purchasable through Bottle Caps, which can be found in certain monster dens; so the possibilities are infinite!

On the technical side, Monster Hunter Stories 2 is a bit mixed. While the music and voice over work is superb, and visually the game is quite good—utilizing an interesting, cel-shaded anime aesthetic that provides a unique look for the Monster Hunter franchise—there is a noticeable bit of framerate drop that persists throughout the game, both on and off the dock; and really detracts from the experience.

Other visual hiccups are also pretty noticeable—switching weapons in combat will cause your avatar to disappear from the player line for a second before triggering the animation; battle animations themselves lack a sense of fluidity, or transitional animation, and there’s an overall lack of polish to the whole affair. While it’s not the worst I’ve seen a game perform on the Switch, it’s definitely a shame, considering how well Monster Hunter Rise looks and feels in comparison.

I think what’s most interesting about Monster Hunter Stories 2, is how much the elements of Monster Hunter blend well within the genre of turn-based RPGs. While players and Monsties will gain experience points and level up; every monster encounter will open up its adjacent weapon and armour sets—which require monster parts to craft and level up.

The way combat is so thoroughly built around the same ideas as mainline Monster Hunter, it all feels so genuine in its execution that I can’t help but love it. It really makes me wonder what other genres could Monster Hunter break into? What about a horror game where you’re constantly at the mercy of these ruthless creatures? Or maybe an Uncharted style action game where an intriguing narrative is interspersed with monster battles and big action set-pieces? The possibilities seem endless!

I really enjoy Monster Hunter Stories 2: Wings of Ruin—whether that’s because it’s a genuinely good game, or I’ve been predisposed to loving it as a massive Monster Hunter fan is up for debate. I think if you’ve been having a hard time getting into the franchise, this might be a good place to start—though vastly different in execution: it’s charming narrative, approachable combat, and solid connection to its mainline roots, might just be what you need to become a full-fledged hunter!

Despite a few things holding it back, I fell in love with Monster Hunter Stories 2: Wings of Ruin, and it’s all I want to play now. 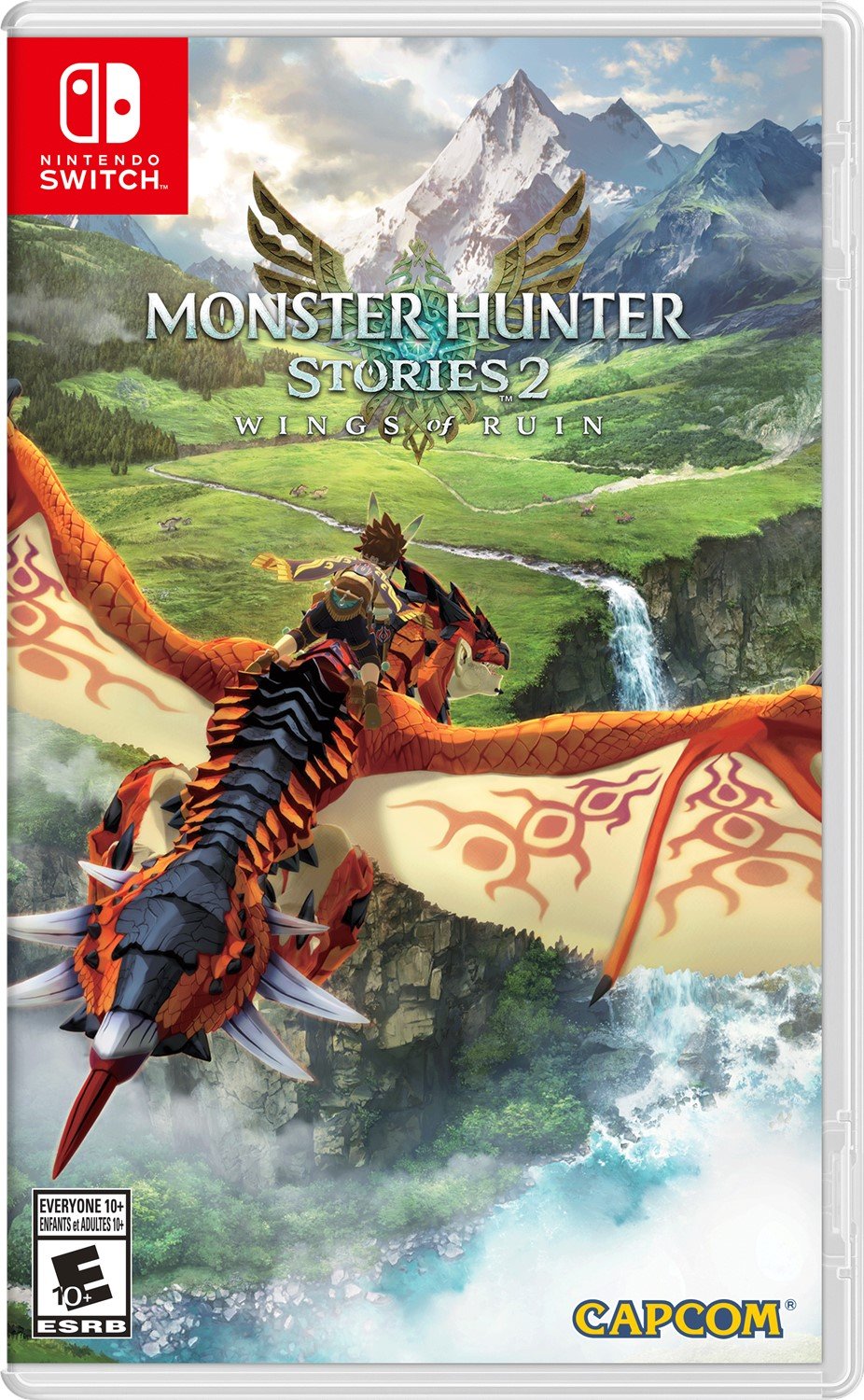