Laughter Lights Up Your Life Like a Blow Torch
SCORE: 8/10 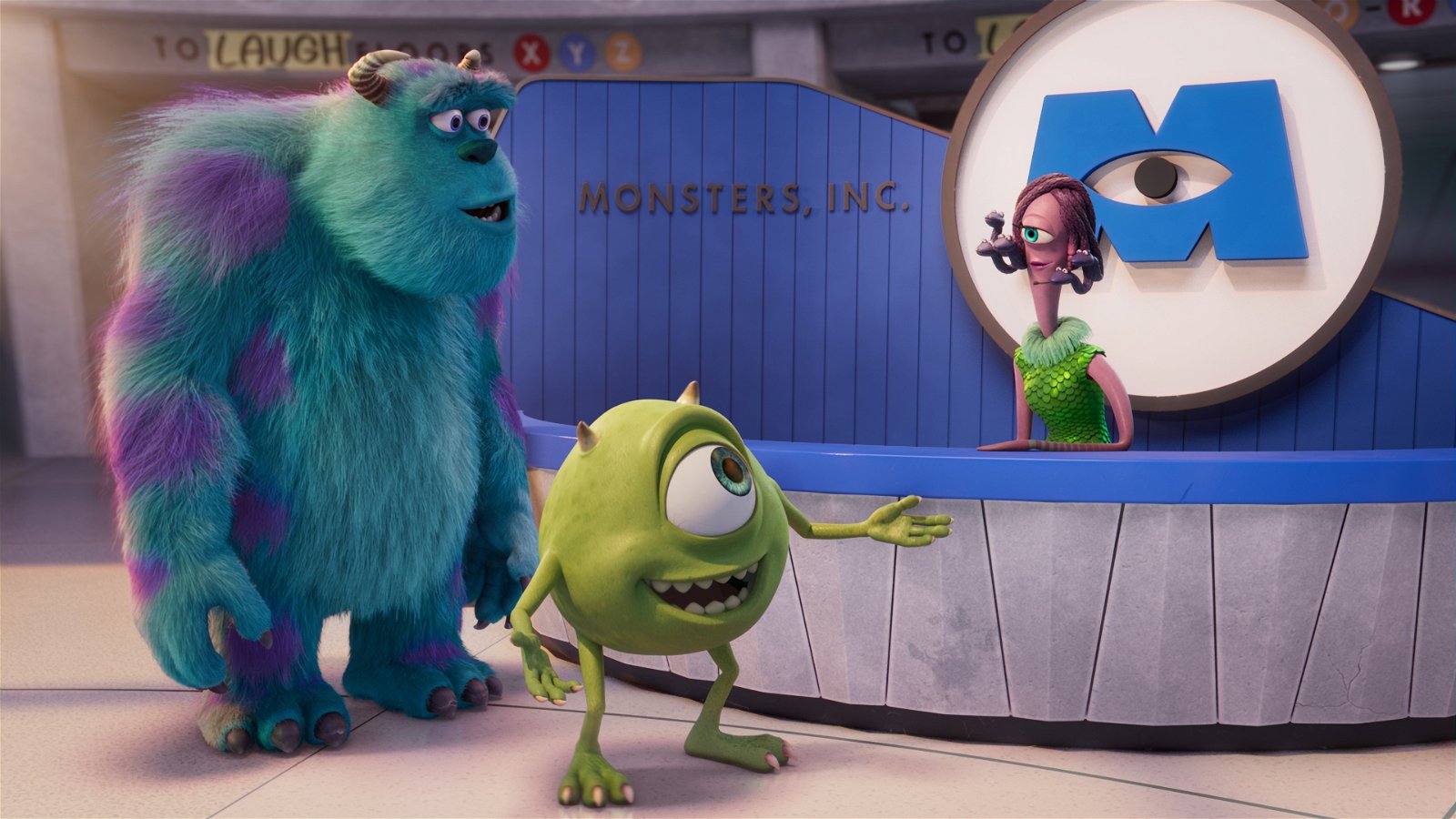 I’ve never been the biggest fan of animation. I’m not sure why, as I grew up it just never stuck with me. Jumping into Monsters at Work—a sequel series to the Monsters, Inc. franchise—I expected to be able to enjoy it more from my children’s eyes than my own. It turns out, I may have enjoyed it even more than they did.

Monsters at Work is a look at what happens when Monsters can no longer scare. The story begins the day after Monsters Incorporated starts harvesting the laughter of children rather than screams, thanks to Mike and Sully’s discovery that this will generate ten-times more power than fear. Though Mike and Sully are still there—and now in charge—viewers follow the story of Tylor Tuskmon, a monster who graduated top of his class at Monsters University, only to realize scaring was no longer the most sought after talent.

The first sign this series was going to be a good one was the cast. Monsters at Work has so many popular actors that I couldn’t help but be excited listening to each character. Bonnie Hunt, Gabriel Iglesias, Mindy Kaling, Aisha Tyler, Henry Winkler, Ben Feldman, Billy Crystal, John Goodman, and Jennifer Tilly are just some names attached to this project, and though there have been start-studded casts like this that have disappointed in the past (New Year’s Eve), Disney really knows how to make it work.

“Goodman and Crystal reprise their roles as Sully and Mike—which surprised me since it is a series rather than a full feature— and they remain as charismatic and likeable as ever.”

I could picture each individual actor in their role. Feldmen (Superstore) took on the role of Tylor Tuskmon, and though he is the grounding character in the series, he still kept me interested in his journey. He isn’t the character getting all the laughs, but he certainly surrounds himself in them, making me associate him with only positive things. Goodman and Crystal reprise their roles as Sully and Mike—which surprised me since it is a series rather than a full feature— and they remain as charismatic and likeable as ever.

Possibly my favourite character though is less prominent in the series, Kaling’s Val Little. Every scene she was in, I was sure to pay closer attention. Something about the bubbly character resonated with me, and lightened an already solid script. Winkler as Fritz stood out as well, with his loveable silliness, even if Tylor can’t accept it. Having met Henry Winkler, this role is true to his character in person. You just seem to want to hug Fritz the whole time, even though he is a ball of chaos.

Outside the cast, Monsters at Work is exactly what a fan of Monsters, Inc. would expect. The animation style hasn’t changed much since the original 2001 introduction to the franchise. This isn’t a bad thing—if it ain’t broke, don’t fix it, right? Sully seems a little fluffier, and colours seem more ‘realistic’, which is odd to say about a series full of monsters. They opted for less vibrant colours for the characters (especially Mike), which made their existence seem more possible.

“Monsters at Work subtly touches on some important topics, and they do it in a way that children will be able to understand.”

Between the dialogue, Disney did a great job keeping the comedy going. Small movements or reactions from the characters that took place in the background, or while a conversation was going on, truly made me laugh out loud. Usually I’m doing 100 other things while watching a show, but I didn’t want to miss anything visual during Monsters at Work, because those laughs were just as important as the spoken ones.

Not only being a quick laugh, Monsters at Work subtly touches on some important topics, and they do it in a way that children will be able to understand. Everything is changing at Monsters Incorporated, and with that comes the unknown. Right now more than ever people are facing massive amounts of change and uncertainty, and that trickles down to our kids. Watching their favourite characters navigate through this whirlwind of change can be comforting, especially watching Tylor have to adjust the entire future he had for himself. Hopefully as the series goes on, they will continue to show growth with the characters, so our children can see that there is reward to perseverance.

Being a parent, it is easy to identify with the struggles of trying to make a child happy, complete with the tornado of disaster following behind. As for your children, the colours, animation and physical comedy will keep them enthralled, and with the short episode format, kids can sit through a whole episode without getting distracted or bored. Monsters at Work has something for everyone, and that is a definite win in my books.

Monsters at Work isn’t doing anything to revolutionize child friendly content, but it has something for everyone and is certainly a riot to watch with the whole family. Switching from a feature length film to a short Disney+ series was a great idea, and it is something I will be watching with my family each week. 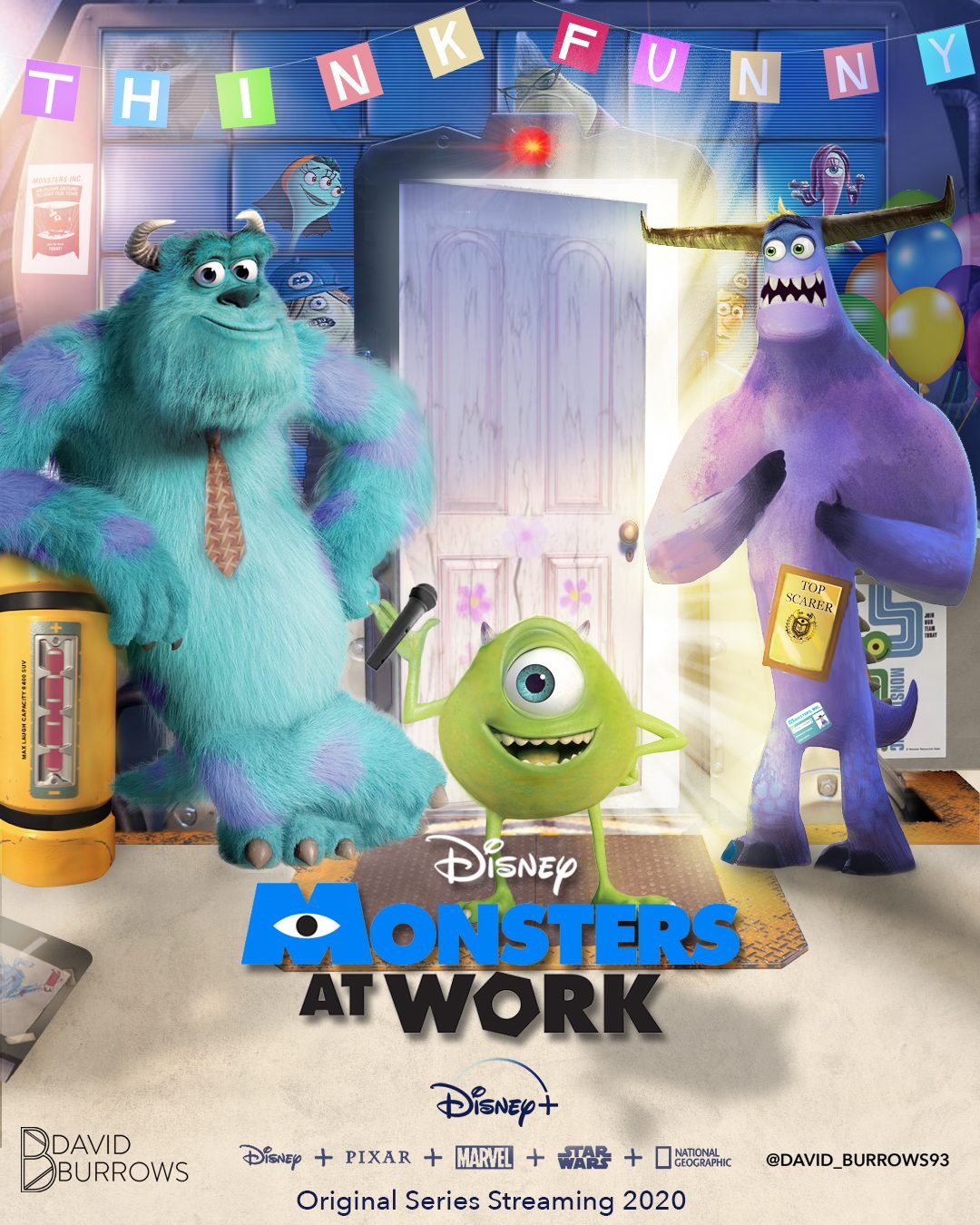