A Deadly Alliance of Story and Gameplay
Score: 9.5/10 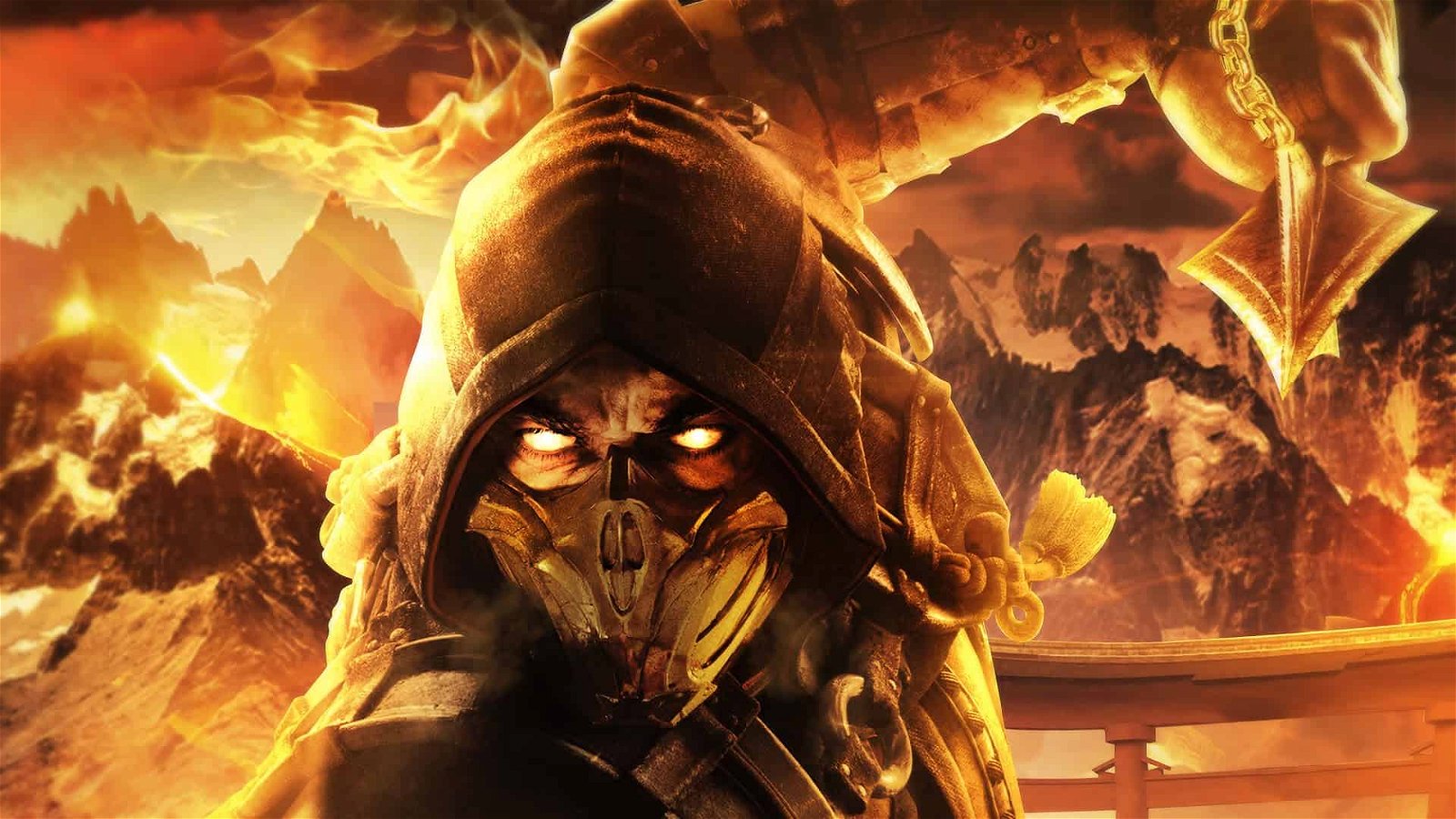 While I enjoy pitting my favourite DC superheroes against one another in Injustice 2, nothing in NetherRealm Studio’s catalogue quite compares to the brutality of Mortal Kombat. Now on its 11th entry into the fighting game franchise, MK has been defined since it released in 1992 for delivering unique stories and intensely violent gameplay, which Mortal Kombat 11 is no exception to. Available for PlayStation 4, Xbox One, PC, and even the Nintendo Switch, Mortal Kombat 11 is an awesome fighting game you’re not going to want to miss out on experiencing, even if you’re a casual fan of the genre.

Set sometime after the events of Mortal Kombat X, EarthRealm’s mightiest warriors are still recovering from the consequences caused by Raiden’s timeline altering actions in the previous two entries of the franchise. Now imbued with the power of Shinnok’s amulet, everyone’s favourite Thunder God has quickly embraced his new role as a tyrannical “protector”, hell-bent on destroying anyone or anything that threatens Earthrealm’s safety, including the likes of his old disciples, Liu Kang and Kung Lao. However, all of these changes in history have angered the Keeper of Time, Kronika, forcing her to take matters into her own hands and set her plans into motion to erase Raiden from the annals of time and reset the universe. With the world breaking at the seams from Kronika’s power, warriors from Mortal Kombat’s past and present begin to appear and must test their might in this new conflict, where the fate of all the realms hangs in the balance.

From the opening act, to its climactic finale, I was completely invested in every second of Mortal Kombat 11’s action-packed campaign and its mind-blowing cinematics. NetherRealm Studios continues to deliver the best fighting game story modes in the industry and MK 11 might just be their finest crafted one yet. With so many of the klassic characters either killed, or turned revenant, it was a great idea to collide the timelines together to bring a sizeable chunk of the roster back into the action with their younger personalities intact. As expected, this was also the perfect opportunity to create some amazing fan service moments. Whether it was Johnny Cage having to put up with how much of an ass his younger self is, the return of my favourite Shaolin Monks, or even the earth shattering clash between Kotal and Shao Kahn, fans of the Mortal Kombat universe are in for a treat during each of the game’s 12 chapters. Newcomers to the series, however, might have a bit more of a difficult time jumping into the campaign and picking up on every detail. Mortal Kombat 11 essentially acts as the finale to the three-part story started in Mortal Kombat (2011), and without a recap chapter present, newcomers won’t have a lot of context as to why Sub-Zero and Scorpion are now the best of friends, or why Liu Kang has become the undead emperor of the NetherRealm.

Outside of story mode, Mortal Kombat 11 has some of the richest single player content currently available in any fighting game on the market currently. On top of arcade mode, Vs., and the available suite of online modes, MK 11 adds in two online single player modes in Towers of Time and the Krypt. Towers of Time is similar to arcade mode in that players must go through a series of battles to reach a boss battle, but how it changes the formula up is the form of in-game modifiers, consumables, and cosmetic rewards. Towers are constantly being updated and switched out throughout the day, but players can manipulate some of the RNG of what towers will show up by using some of their in-game currency, or items found in the Krypt, to summon specific towers with rewards catered towards their favourite fighters. While the Krypt is nothing new to the Mortal Kombat franchise, this latest iteration of the mode has never been developed at this scale. Players take the role of a nameless warrior and get to explore of nook and cranny of Shang Tsung’s legendary island, opening the hundreds of treasure chests laid about its ruins in search of cosmetics, art, fatalities and much more. I love how realized this island feels, it’s littered with easter eggs, puzzles, and multiple hidden paths to explore that culminate together to celebrate the rich history of Mortal Kombat.

Compared to the previous two entries in the franchise, Mortal Kombat 11 has undergone a complete design change to its gameplay. Instead of focusing on hyper-aggressive fighting and lengthy combo strings, MK 11 slows down the pace of the combat significantly, but that isn’t a bad thing. The game feel is now much closer to the original entries from the 90’s, focusing heavily on the neutral game, zoning with projectiles, and punishing opponents severely for whiffed inputs or unsafe combos. Combo strings are also much easier to execute, but this acts as a double-edged sword. As a result of this change, learning to play multiple characters is now much easier, but at the sake of these characters lacking some of the creative depth in their combo paths that had in previous entries.

To combat this NetherRealm has improved upon three of Mortal Kombat’s previous mechanics, including X-ray attacks, amplified special moves, and the variation system. First, X-ray attacks have been split off into two new mechanics, Fatal blows and krushing blows, and no longer use the same resource meter as amplified specials. Fatal blows are very cinematic super attacks that are only able to be executed when the player’s health drops below 25% and are a great way to steal a round from an opponent because of their hefty damage. However, only one fatal blow can be used per match so players need to think wisely when they want to use it. Krushing blows, on the other hand, are executed by fulfilling different objectives during a match. One of Sub-Zero’s krushing blows, for example, is primed by using three of his amplified ice slide attacks, resulting in an awesome closeup shot of Sub-Zero breaking the opponent’s ribs and a modest 25% off their health bar. These krushing blows can also only be utilized once per match so players need to learn how which moves can result in krushing blows and how to prime them during a match if they want to experience the sweet reward of executing any of the most creative fatalities yet in the franchise.

The variation system returns in Mortal Kombat 11 and has been spiced up significantly. Instead of being locked down to three variations per character in MK X, Mortal Kombat 11 allows players to create their own variations for their favourite characters and customize their appearance as well. While the cosmetic customization isn’t as in-depth as it was in Injustice 2, a major step forward from that title is that special moves are no longer tied to the gear being used, gear is purely for fashion. Now players are equipped with three empty slots per character that they can fill with up to three special moves. The catch, however, is that certain special moves per character might be worth more than one point, so players need to balance out the value of picking certain special moves over others. One of these two point moves includes Scorpion’s Misery Blade, which is a useful tool that can make Scorpion get out of unsafe combos and can also be used to trip up the opponent into baiting out an attack while Scorpion still has the priority in the fight. I love the depth to this system, but sadly it won’t see much tournament play, at least initially. NetherRealm instead has locked each member of the 25-character roster at launch to two preset variations for competitive play, taking out some of the fun of building your character the way you want to play it if you’re the type of player that enjoys ranked.

Mortal Kombat 11 isn’t just a fantastic entry into this long-running franchise, it’s a stunning example of how much value and content developers can pack into the fighting game genre. Whether you’re new to fighting games, an MK lore historian, or a professional aiming to rise the ladder, Mortal Kombat 11 was built to provide every type of player a suite of modes for them to enjoy and executes each of them with an extremely high degree of quality.

Final Thoughts
Mortal Kombat 11 isn’t just a fantastic entry into this long running franchise, it’s a stunning example of how much value and content developers can pack into the fighting game genre
More From CGMagazine 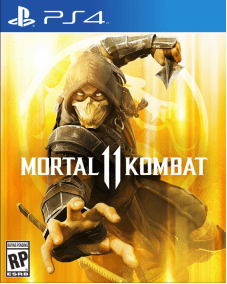