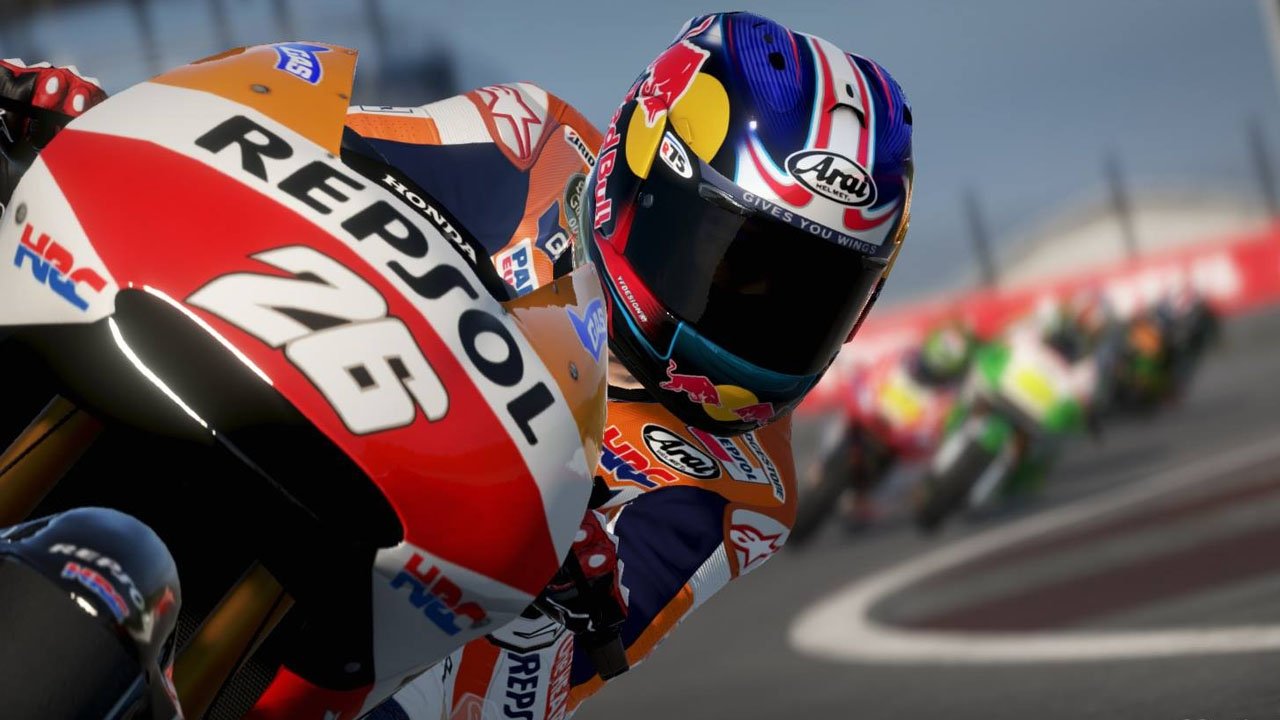 If you are looking at MotoGP 14 because you want a motorcycle racing simulator with all the beauty and power the current generation of consoles can offer, or even the level of fidelity seen in games like Forza or Gran Tourismo on the last generation, than you are going to be let down. When first starting up the game on PS4 and being brought to the title screen where the camera pans around a bright, orange motorcycle sitting on the side of a racetrack, the graphics are underwhelming even compared to later titles on the 360 and PS3. If you’re looking for a solid simulator though, MotoGP 14 offers plenty of options to give you a fun racing game at whatever difficulty level you want.

It starts with a much needed tutorial for anyone not familiar with the franchise that runs you through some basics on the controls and shows how the experience varies depending on the level of physics simulation you choose. But don’t worry, it can be skipped. At the most basic, you can accelerate and brake without any concern for how the bike will react, but as you ramp up the physics to a more realistic level, slamming too hard on either can toss you from the bike, especially when using the most powerful ones. There are also a number of ride assist options that, if engaged, will make braking or taking corners a little easier on any mode. All these options when combined with the difficulty settings gives players the opportunity to find a place where they feel as challenged as they want to.

Once you’ve got that set, there are also a number of game modes that offer a good variety of experiences. You can choose to race as any number of professionals where you’ll immediately get the fastest and most responsive bikes, and they feel incredibly powerful when compared to the machines you’ll be using when beginning career mode. Here you make your own rider and work your way up through the ranks by proving yourself and making your way to better and better teams with increasingly better bikes. There is also a series of challenges where you play as racing legends and attempt to recreate some of the best moments in the sport’s history, and a time trial mode where you can race against the clock in the BMW safety car.

Unfortunately, the upgrade system for the bikes isn’t very robust and doesn’t match with the rest of career mode experience. You don’t buy better parts, and the requirement for getting the upgrades that are available aren’t objective based, they are simply rewards for playing the game. By completing your first lap of a course, you earn a token that you can use to upgrade one of four of the bikes components (the engine, the brakes, the tires or the suspension). So as you take part in the races you will slowly make your bike better, but you won’t ascend faster for finishing higher.

The game also has a few bugs. Character models will disappear during a race which will leave you chasing down motorcycles with floating helmets above them, and the physics, when colliding with other racers, can often put you in the dirt while the AI rides away unharmed, but these are minor. What isn’t minor is the game crashing. When starting up a race or heading into an event the game crashed on me a few times and I never lost progress or was kicked out during a race, but it happened often enough to be an issue.

MotoGP 14 offers split-screen and online multiplayer, but I spent a lot of time waiting in matchmaking lobbies and never found another person to play with. I can’t speak to how well the game performs when playing with strangers or friends online, but I can say if you are getting this game for PS4, don’t expect to be competing much, if at all, online.

If you enjoy previous versions of MotoGP and want that experience with next-gen graphics, you can probably skip this installment. The game isn’t visually impressive, but it’s a lot of fun and can offer a great gameplay experience for people with a wide-range of skill levels. When the game first loaded up I wasn’t expecting the detail in options and gameplay that it provided, but I was pleasantly surprised and had a lot of fun.

MotoGP 14 offers split-screen and online multiplayer, but I spent a lot of time waiting in matchmaking lobbies and never found another person to play with. 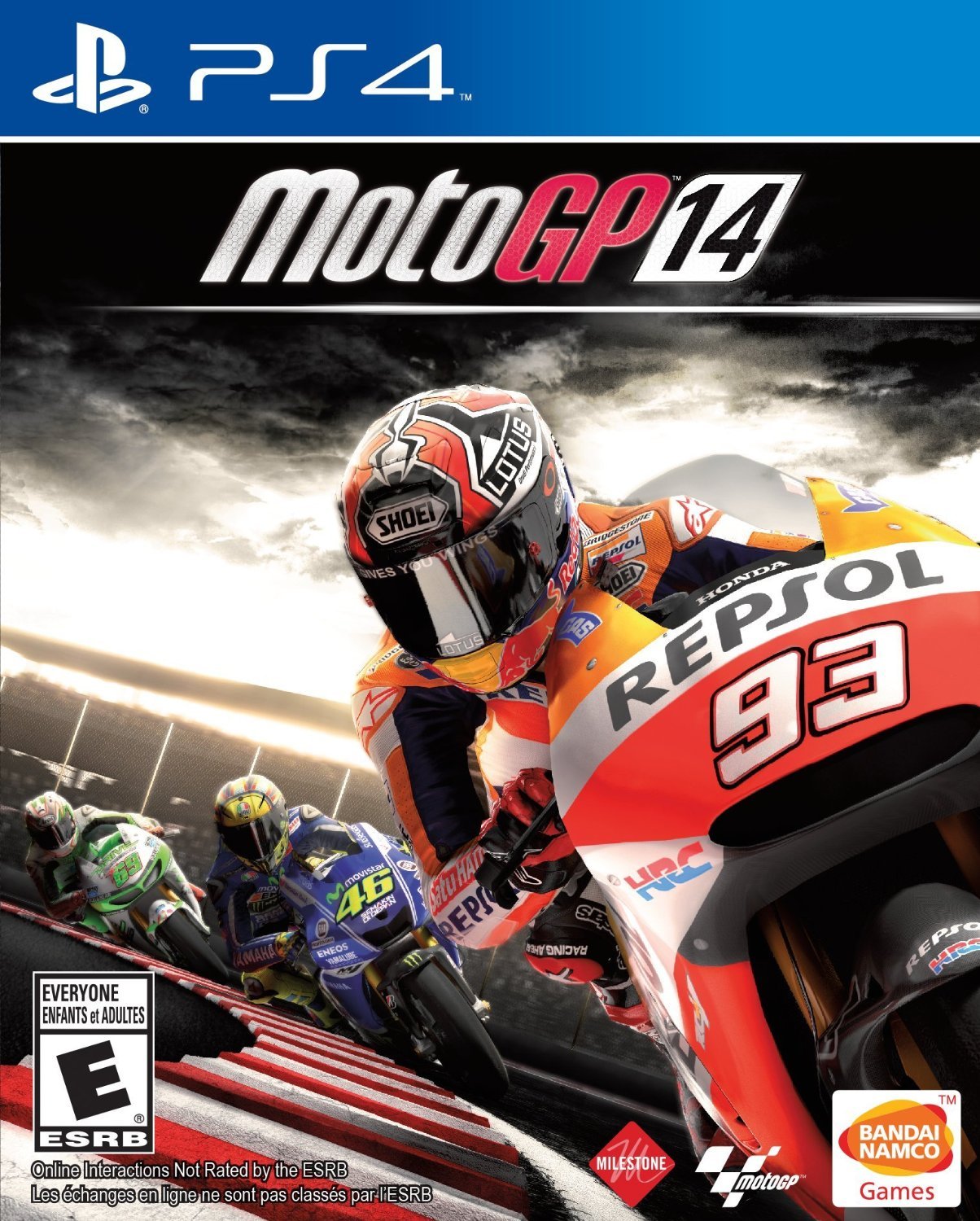