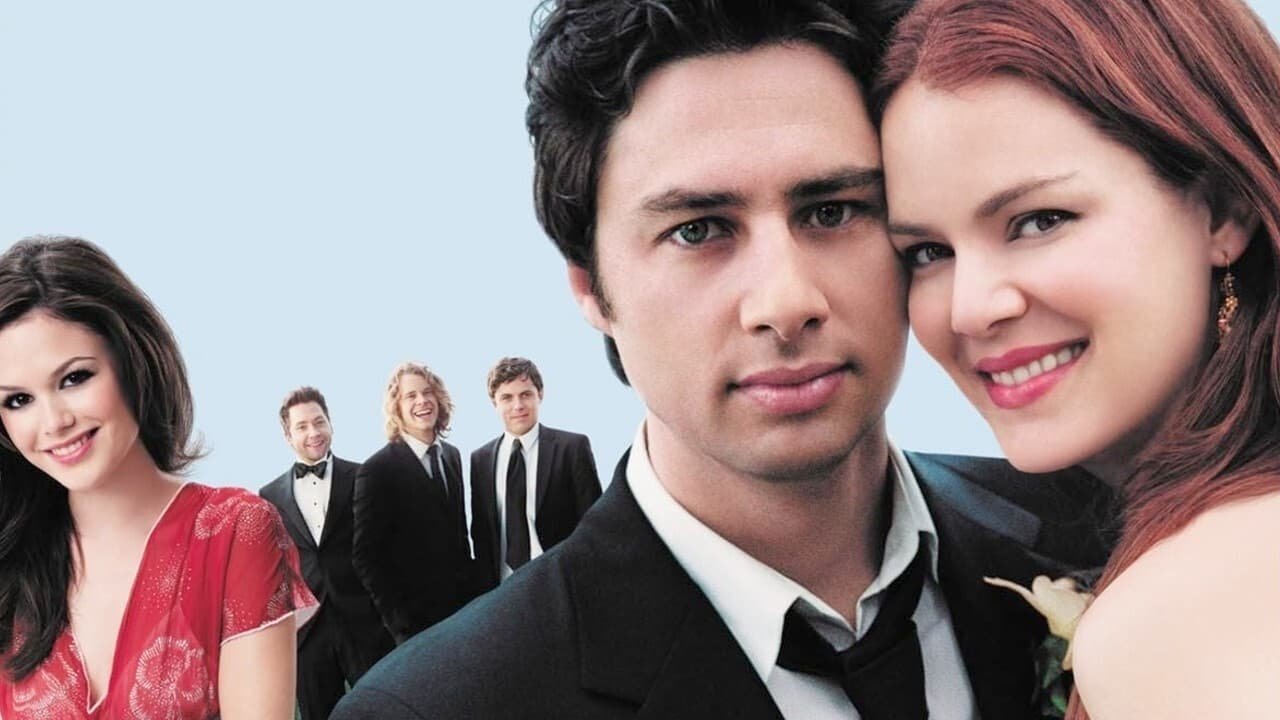 The Last Kiss is one of those movies that features wealthy and spoiled characters wallowing in their own misbegotten sense of being oppressed by their circumstances: strike one. The film also has a highly talented and accomplished cast that is all but wasted on the sub par material they are being forced to sell to the audience: strike two. Then there’s the script written by Paul Haggis, screenplay writer for back-to-back best picture winners, which couldn’t possibly be more overwrought and melodramatic: strike three.

Based on the Italian film L’ultimo Bacio by Gabriele Muccino, The Last Kiss is about Michael (Zack Braff), who’s going through a mid- well, late-twenties crisis. His excuse? there doesn’t seem to be any surprises in store from life anymore. Forget that he’s got a well-paying job, a nice place to live, good friends, and a smart and beautiful partner in Jenna (Jacinda Barrett), who’s pregnant with his baby; something about his life just doesn’t jive with Michael. At a friend’s wedding, Michael meets Kim (Rachel Bilson), a university student that entices him with the promises of youth and Skittles or whatever.

Of course, if I was an architect, I might be having the 29 crisis too. Seriously, why is every other profession in the movies architecture? I’m starting to think that the reason that Six Feet Under was so groundbreaking was because it showed characters in a vocation that wasn’t cop, lawyer, TV personality, or architect. Wouldn’t the temptation of Kim had been so much more potent if Michael were a professor and Kim one of his students? But really, no more architects. Are there a lot of unrealized architects in Hollywood or is it just a good non-descript, white-collar profession like ad exec, which writers have used frequently in the past?

But that’s a rant about one small facet of the film’s story and character background, which may be an indication of how deeply I was invested in the plight of these characters. I have problems with seeing selfishness on screen to begin with, but when it’s as pervasive as in The Last Kiss, you can’t help but gag on the self-righteousness.

You see, Michael is the relatively stable one in his group of friends. Izzy (Michael Weston) is having a rough time of it as his long-time girlfriend dumps him as he works to take care of his dying father, but he’s planning an RV road trip to South America under the impression that slumming in the rainforests and ghettos of Brazil will give him some perspective. Kenny (Eric Christian Olsen), meanwhile, is a commitment-phobe that cuts and runs at the first hint of devotion. Promiscuous sex without strings? No problem. But actual emotional connections: fuggedaboutit. Lastly, and most gallingly, is Chris (Casey Affleck) who plans on leaving his wife because they can’t handle the pressure of keeping their marriage together while taking care of their toddler.

Are you kidding me? The lesson of the movie seems to be that when life gives you the sweetest, tangiest, most thirst-quenching lemonade ever, you throw it back in life’s face and demand for something more surprising like a cranberry cocktail. Just the rampant, self-serving motivation on display in this film was asphyxiating; the actions of these characters are, in my opinion, symbolic of everything wrong in modern society: the inability to handle unfortunate and unfavourable circumstances.

Michael, in the meantime, whines about how there are no more surprises in life, which anyone with even a modicum of life experience will tell you that no matter how much you think you have planned, there are always unforeseen situations that come up. Like the break-up of Jenna’s parents (Tom Wilkinson and Blythe Danner), a plot point that really goes no where but is needless dropped in because it demonstrates that older generations can be just as whiney and selfish as the current ones.

In The Last Kiss’ favour, there is some good dialogue, some decent acting, and a cool soundtrack, but I was mostly bored though. Director Tony Goldwyn makes what he can with what he was given; unfortunately, I just couldn’t get over the tone and message of the movie. We don’t even get a proper resolution to the story, and everybody’s just sort of left hanging on the cusp of dealing with the fall-out of their respective decisions.

So far, the fall movie season has left me generally unimpressed. If this is indicative of the big name selections that graced the Toronto International Film Festival this year, I’m glad I didn’t go.

In The Last Kiss’ favour, there is some good dialogue, some decent acting, and a cool soundtrack, but I was mostly bored though. 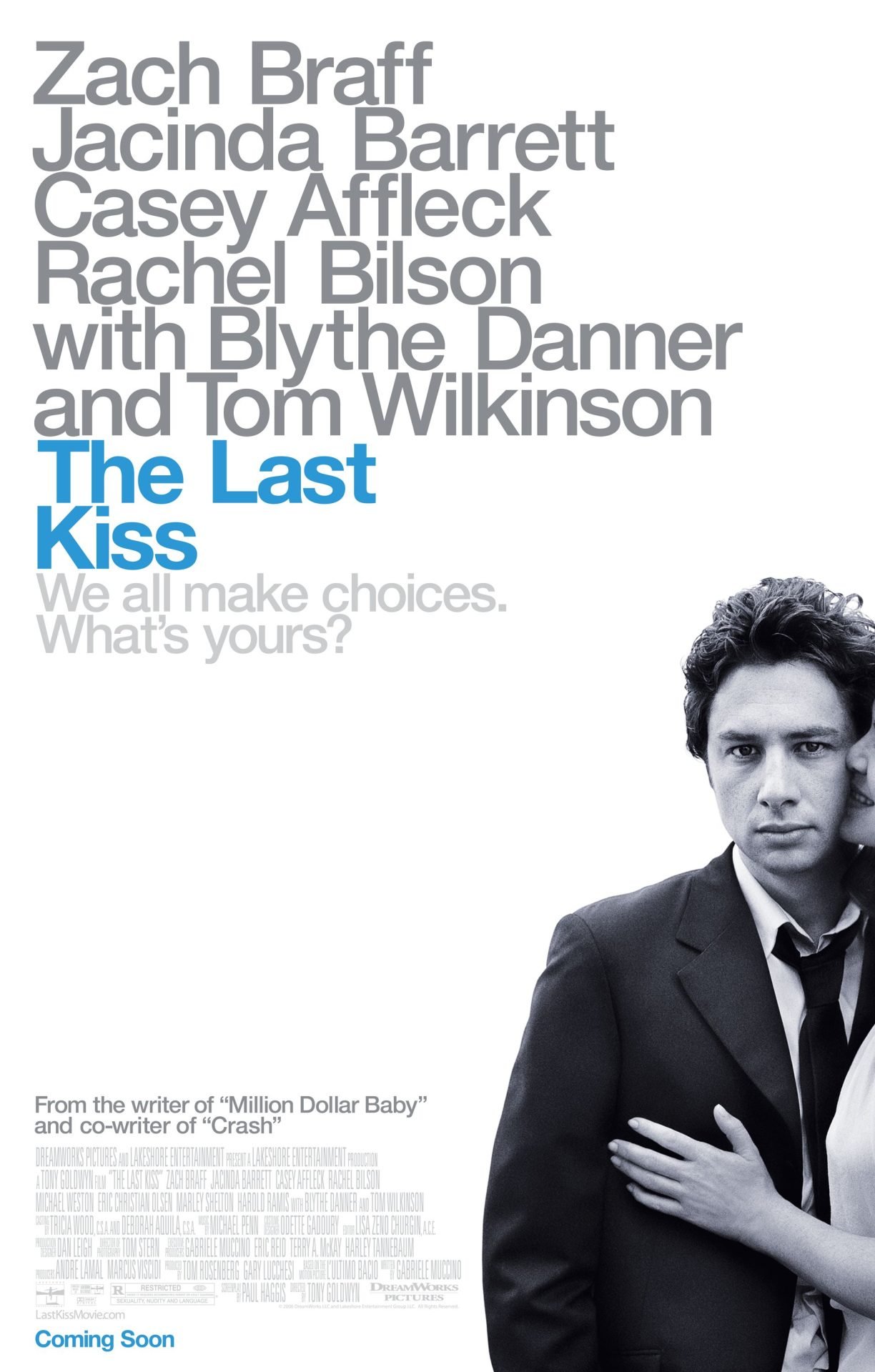