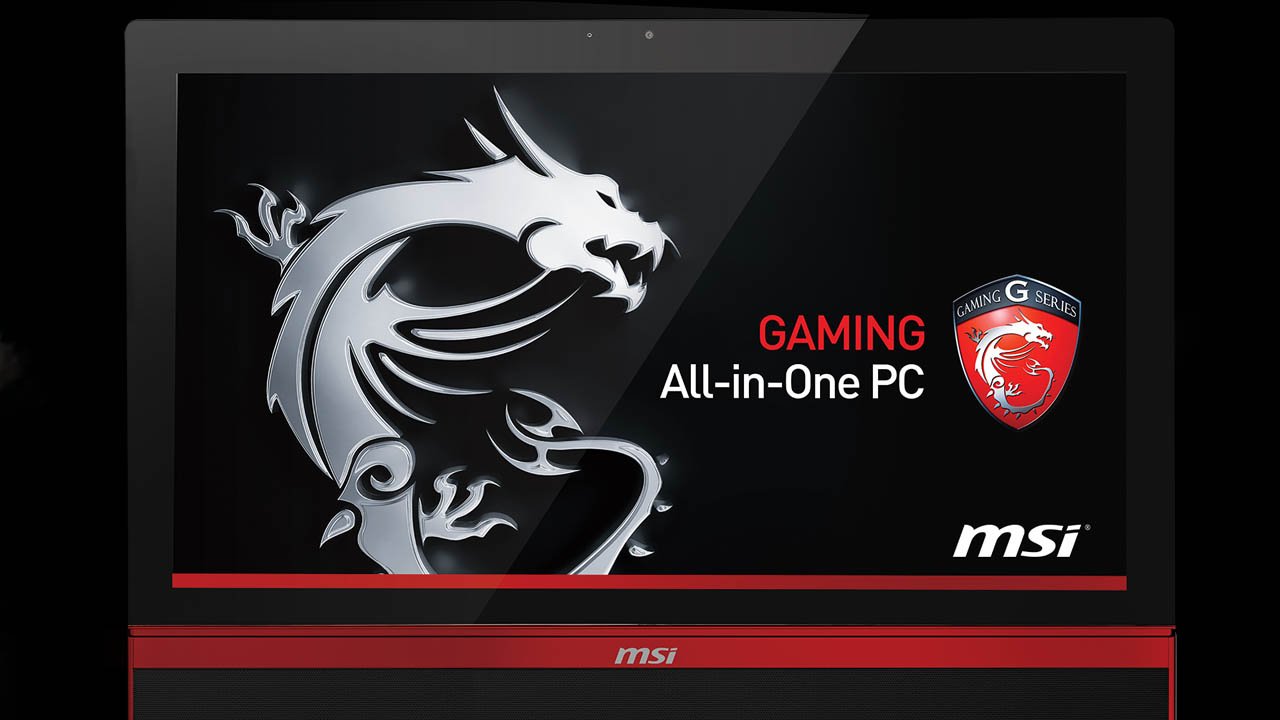 I primarily use laptops to game. They’re mobile, which is important for me given my computer-reliant lifestyle and familial distance, and they don’t take up much space. It also means I don’t have to buy a monitor or a keyboard. The MSI Gaming G Series, an ‘All-in-One’ PC, professes to save space and still run games beautifully. And while it does run well, it’s claim to be an ‘all-in-one’ PC isn’t quite true.

Out of the box, the All-in-One resembles a 27” flatscreen display, complete with an unstable-looking prong on the back, which nonetheless stands without waver on a desk. It takes up about as much room as a contemporary TV, meaning it will fit most desks. I was happy with the picture quality, which remained clear and balanced even in dark locations in-game. My own lighting rarely affected its quality, regardless of the time of day, and the lights behind my back as I played didn’t create glare. Because of these two factors, it’s an easy computer to place, important for those pressed for space.

Hardware-wise, this is a strong machine as well. The Radeon card was capable of running Witcher 2 on Ultra with consistent, of somewhat slower-than-perfect framerate, and in other games seemed to have no trouble with the higher graphics settings. It was unable to activate some of the particle effects exclusive to the Nvidia; there’s another model for this with a Nvidia card, so if you’re obsessed with paper and sparks falling all over realistically, get that. If top-end graphics are your thing, this will be okay for now, but future upgrades may not be possible with this integrated machine.

The MSI Gaming G is essentially a giant screen with a PC inside, but it isn’t really an ‘all-in-one’. There’s no keyboard with it, and no mouse, both of which are essential to PC gaming (a controller is also an option, though it doesn’t have one of those, either!). It does, however, have touchscreen capabilities, something that puzzles me greatly. It’s not really an asset for a gamer to have their computer monitor as a touchscreen, as few games support this and the ones that do are better suited on a phone, or work just as well with a peripheral control device. The computer comes with Windows 8, which is easier to use with a touchscreen, though few PC games will benefit from this utility. Constantly touching your screen means dirtying it more quickly, and wearing it out more quickly. Scratches are terrible when one of your key selling points is your amazing display monitor that prevents eyestrain.

In the end, I can’t help but compare it to a laptop. It’s an integrated model that’s more compact than a PC, and costs roughly the same as a high-end gaming laptop. If you’ve got another work computer and want one specifically for gaming, there’s nothing wrong with this; you can even use it as a TV if you really want. It saves you the price of a monitor, and keyboards aren’t particularly expensive, but lacks the mobility of a gaming-capable notebook. I wasn’t aware there was a middle ground people needed between a desktop computer and a laptop, but this appears to be it.

I’d much rather have a laptop, or a desktop, but if you’re looking for a bridge in between that (or if you want an entirely separate PC for gaming), this might be worth a look. It’s certainly nice and powerful, and delivers on screen quality. Just remember to clean it regularly and watch for scratches.

The MSI Gaming G is essentially a giant screen with a PC inside, but it isn't really an 'all-in-one'. There's no keyboard with it, and no mouse, both of which are essential to PC gaming.