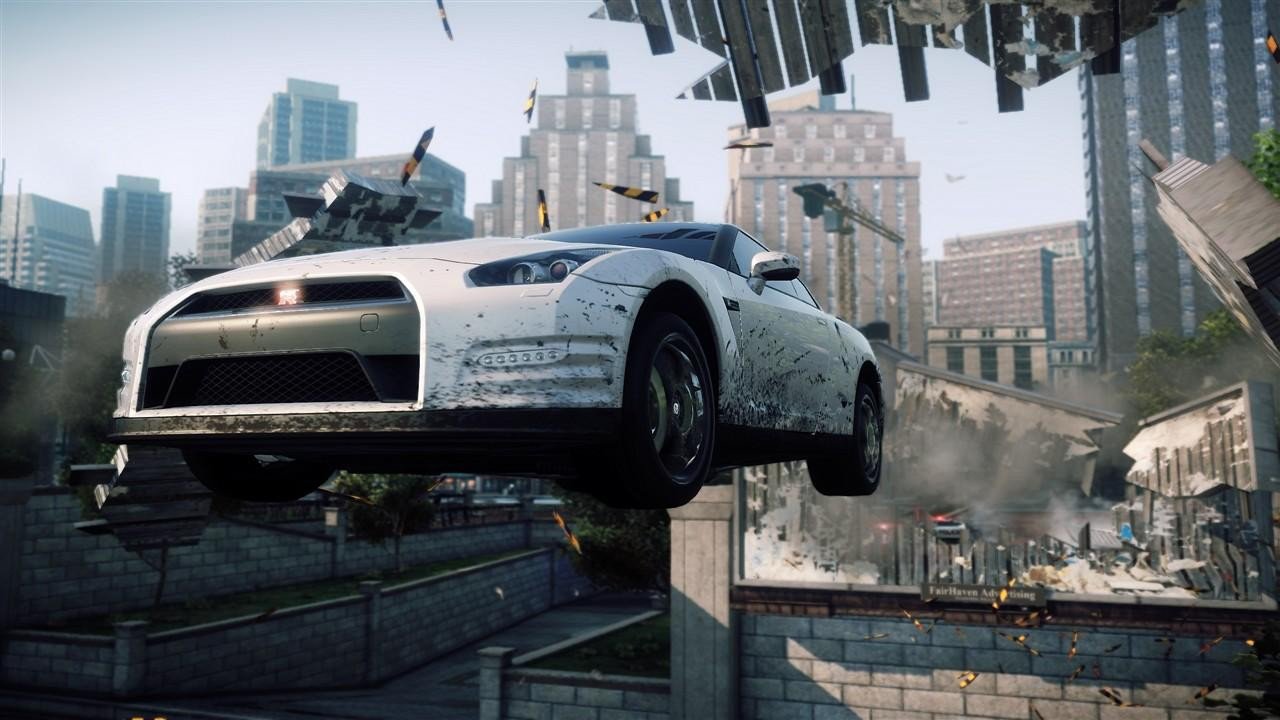 Yet another year has passed and that means another Need for Speed title hits store shelves. After last year’s foray into racing with Need for Speed: The Run the series left a bad taste in the mouths of many fans. Although it took the series in a new direction, it felt dull, uninspired and overall an unpleasant experience. This year Criterion takes the helm, bringing their signature style, love of speed and crashes as from Need for Speed: Hot Pursuit, and layering it on an open world. The mix should be a winning combination, but odd design choices hamper what could have been a great racing experience.

If you have played the previous Criterion developed Need for Speed title Hot Pursuit, the handling will feel instantly familiar. You will be racing with real world cars, but they are not realistic in the way they handle. Cars feel responsive, even down to the low level Ford Focus. Weaving in and out of traffic with these cars is fluid and natural. That said, the skill of breaking and utilizing the cars weight for “take downs” is key. Criterion give you the tools to race but it is up to the player to find out how to turn the car into a finely tuned racing machine.

Police play a large part in NFS: MW, with racing sometimes being interrupted cop cars chasing you in the middle of races. Squad cars, Setting up road blocks, spike strips and SUV's all play a part in keeping you away from that all important finish line. Even after the race the cops don't stop, leaving you to race ahead to either evade them or get caught. A successful evasion will lead to more points so the choice is ultimately up to you.

The police although adding some tension, will make the exploring of Fairhaven a chore at times. They show up on the map as blue arrows, but if you’re trying to make a race for the first time and lack the ability to fast travel, they grow tiresome. Couple this with the repetitive police banter and you will soon find yourself avoiding the police like the plague. In previous titles you could play the cops, allowing for variety. Sadly that is not present in this title, although they do offer a nice challenge, and a great way to earn points quickly when needed.

The Most Wanted Stand In Your Way!

As the title suggests, Need For Speed: Most Wanted is about becoming the most wanted racer in Fairhaven. You do this by earning Speed Points and rising up the ranks for the ability to challenge the ten most wanted racers in the city. These races are built around win the race with a large force of cops in pursuit. Once you win the race, you can “take down” the car you just beat and unlock for your own use. This means briefly returning to the road to knock your rival off and add it to your car collection.

These races show the most diverse styles of driving in the single player game. Each of the most wanted have a style of driving they are good at. You need to equip your car with the appropriate mod to take on the competition. From tight corners, to lengthy off road sections, these races will challenge you to adapt. The challenge grows with longer tracks and more police blocking your path as you progress. Unfortunately these races grow tiresome, with a lack of a variety that bogs down the pace. It leaves an overall lacklustre feeling for one of the key components of the single player.

This is a recurring problem with the game; the options are sparse. With such a large world it is sad there was so little variety to the events in the single player campaign. There are only a small handful of event types, and it’s easy to see most of what the game offers in a short time. Then the feeling of repetition sets in quickly. There is a real sense of missed opportunity to do more with the potential inherent in a world of this size. The size of the map actually works against when driving to events the first time. The EasyDrive option mitigates this later in the game, but people wanting to just jump into a race will be pulled out by the tedium in the opening stages. Even the speed the franchise relies on can work against players. Crashes are costly, and the crash cam stretches out the error, showing your slow motion tumble as the competition whizzes by and you wait out the sequence so you can get back to driving.

There’s also an RPG-lite mechanic that breaks down very quickly. Winning races yields mods for various performance factors like tires, chassis and the like. The mods themselves are improved by winning yet more races. The problem here is the mods are specific to a certain vehicle, meaning every time you get a new car you have to start from scratch racing it to get the desired mods. It would have been better to use a currency system so you could simply buy what you want from your winnings, but Criterion wants you to do this the hard way for each and every car.

Bring On The Real Life Opponents

With such an open world it is nice to see Criterion created a multiplayer mode that lived up to the promise that the solo mode failed to keep. The thrill of the online more than makes up for the sour taste the single player leaves. The ease of use and always on nature of the multiplayer is the crux Criterion should have built the entire game around. At all times you will be able to compare the single player stats with anyone on your friends list playing the game. Beyond that you can setup a game and race a selection of events against your friends in seconds leaving little downtime between matches.

Along with an always on feel NFS: MW does offer a surprisingly large amount of exclusive multiplayer modes especially when compared to the meagre selection in single player. The SpeedList makes the multiplayer something truly unique. A selection of five race types back to back it makes for a frantic racing experience. From a King Of The Hill mode all the way to a team race, the multiplayer in NFS:MW is some of the best online racing I’ve played in a while. It is fast, fun and easy to get into. With enough people the races are chaotic but always fun.  With a group of friends, this is where the majority of the time will be spent.

If Only They Squashed The Bugs

Criterion have crafted an enjoyable—if flawed—racing game but there were some bugs that took away from the experience. Autolog, the system to compare scores with friends, randomly logs out for no reason. That coupled with occasional log out when playing an online match got frustrating, taking away from the experience. The game also suffers from the frequent frame-rate drops and sound drop. These are sad to see, considering past games from Criterion have run at a steady 60 FPS, even Burnout Paradise, managed to keep that sense of speed and still maintain a densely populated world. These issues vastly diminish the fun of the race, especially when a spot on the track drops in frame-rate just as you are about to pass someone leading to a crash. This is something that is unacceptable, especially for a game released this late in the console lifecycle.

Even with the bugs and the odd design choices, Need For Speed: Most Wanted is a good racing experience. The odd design choices and lacklustre single player keep it from being great.  The expansive open world is nice, and the selection of cars is refreshing but if it were not for the multiplayer it would be hard to recommend this title. For the online racer fan this is a must own, for everyone else I would say look elsewhere.

Final Thoughts
As the title suggests, Need For Speed: Most Wanted is about becoming the most wanted racer in Fairhaven.
More From CGMagazine 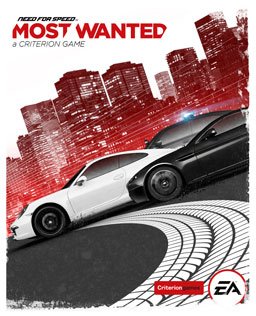