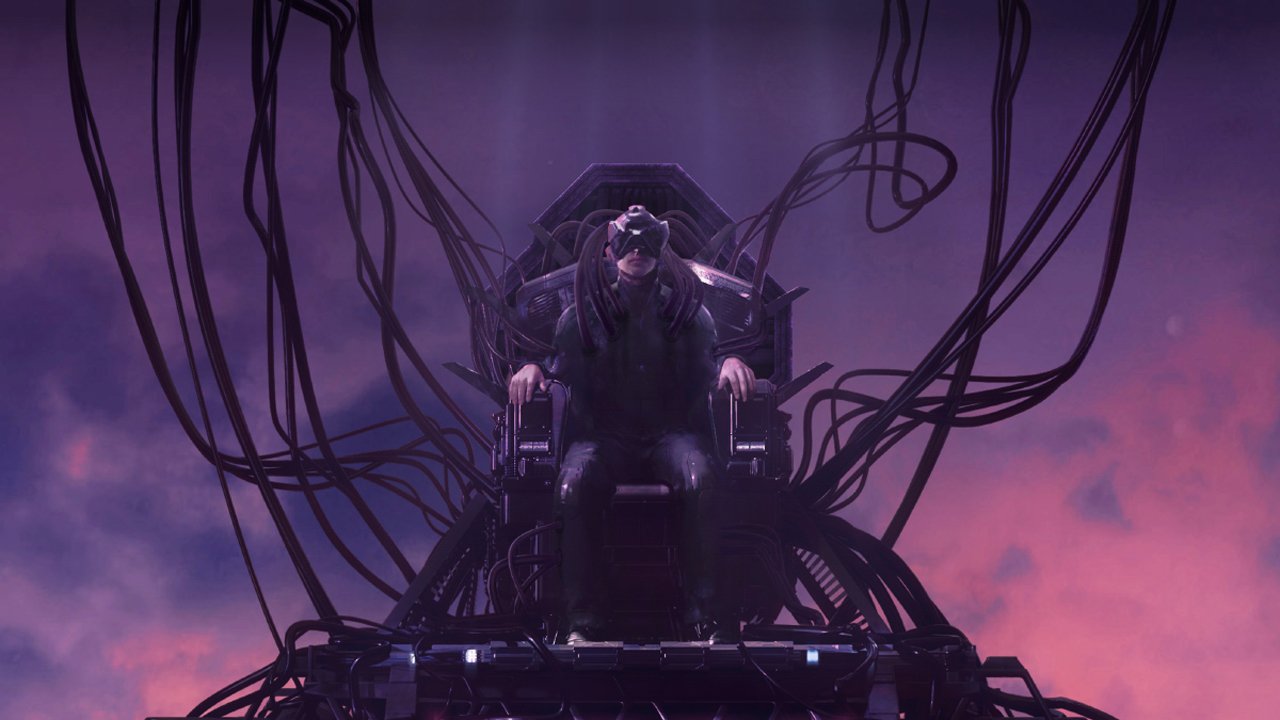 Top-down shooters have been a personal pastime of mine since I first popped Smash TV into my SNES’ cartridge slot. Like grinding in a well-crafted RPG, it’s often relaxing to mindlessly blow things up, but over the years the genre has evolved far beyond its simplistic arcade origins. That includes Neon Chrome, which sports a wonderfully 80s dystopian aesthetic backed up by a surprisingly deep set of inventory and statline management mechanics.

After a brief tutorial that culminates in an impossible situation (think Mega Man X‘s opening Vile boss salvo), players are immediately aware of the stakes, the setting, and the general concept that developer 10tons Ltd is going for. It’s weirdly refreshing, as the first five minutes effortlessly explains the far future conceit, which takes place in the “Arcology”: a mega-structure that houses the Overseer at the top, who will stop at nothing to bring you down. Luckily you have a large set of “assets,” which you’ll utilize by plugging into a machine after each death.

Here’s where the randomly generated concept is immediately implemented. Not only are levels random, but the characters you inhabit are as well. Much like Rogue Legacy, players are given a choice of stats to wield, adhering to specific class types like a “hacker” or “corporate soldier.” These alterations can involve a speed decrease or damage increase, and significantly alter your loadout. Given the sheer variety of choices involved it’s easy to mess around with each playstyle and find something you like each go-around, so it doesn’t feel limited in the slightest. All the while, you can opt to increase specific proficiencies to your liking before you jump into a level by way of the hub world, so you can further tweak the game to your will.

So far so good, right? Well, the only hang-up is that some layouts are decidedly less exciting than others. Whereas many stages presented really cool “glass wall” shootout situations a la Hotline Miami, some consisted of rather linear designs with enemies that felt more like cannon fodder than real threats.  That exhaustion does extend to the visuals as well, because while the wonderful purple-hued base is always great to look at, the actual character and enemy models aren’t all that exciting. The UI is generally pretty clean and it’s easy to see where you are at all times, which is a definite plus, but many of the baddies blend together, as do the floor designs, which feel like clustered cloisters of far future architecture.

But that languor ebbs and flows, as the next floor often tested my mettle in some sort of new way that the prior one hadn’t. I think the destruction element of the game is oversold a bit (as are the very light puzzle elements), but it’s there, and it does work most of the time in favour of the natural level systems.  If you’re so inclined you can also spring for up to three more players to accompany you on your journey, which makes things a lot more exciting. If you’re really big into top-down shooters give Neon Chrome a shot, otherwise maybe wait for some local couch warriors to help out before diving in.

If you're really big into top-down shooters give Neon Chrome a shot, otherwise maybe wait for some local couch warriors to help out before diving in.