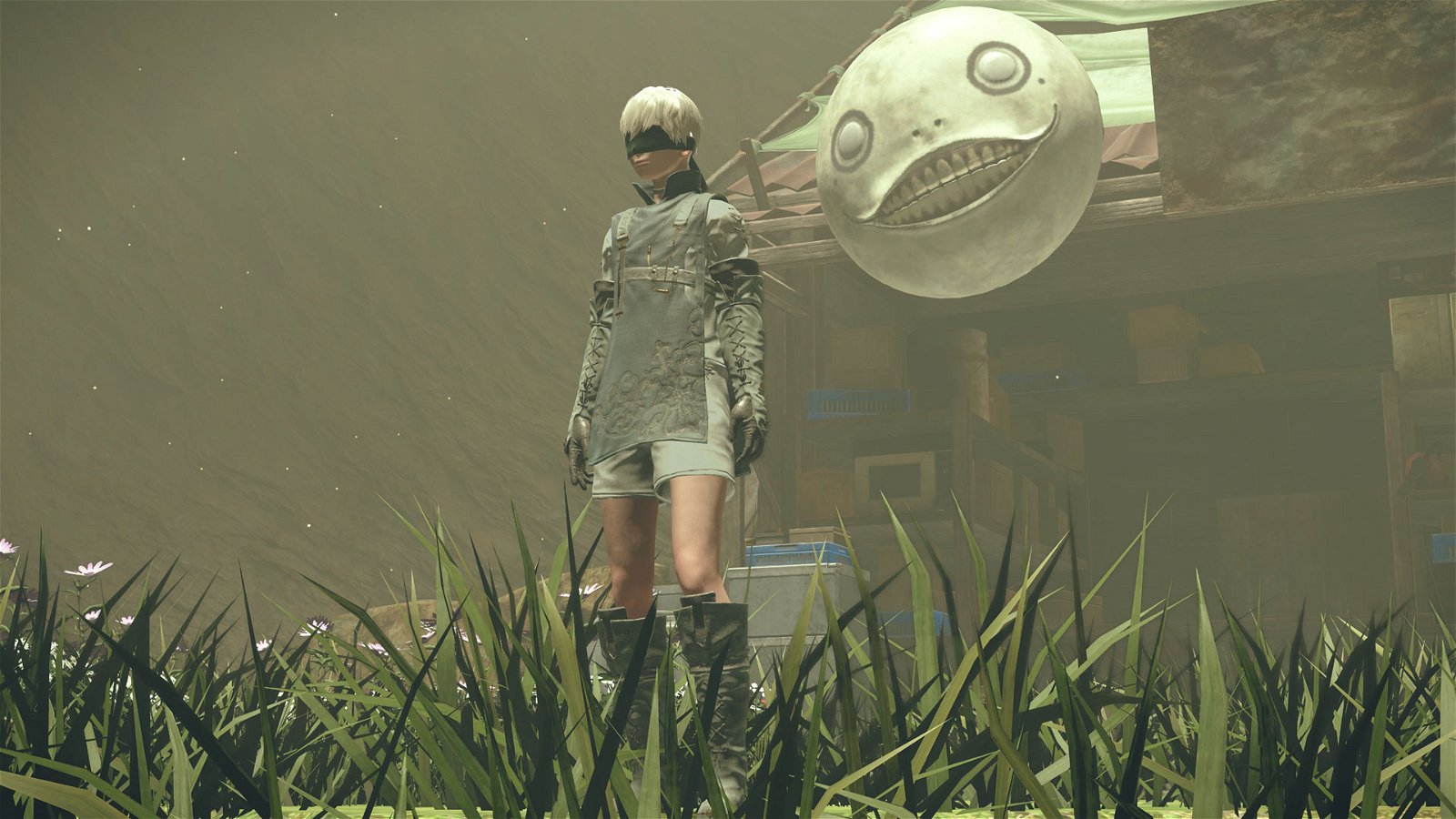 There’s a pretty big caveat for fans hoping to play 3C3C1D119440927, NieR: Automata’s mouthful of an expansion. It’s basically required for players to not have actually finished the game. For reasons that I’ll leave as oblique as possible, beating Automata means that players are left without their save data. As in, not even being able to start from a certain chapter. Which is a bit problematic if you want to pick up this DLC, because it’s an expansion based around the idea of putting levelled-up players through the wringer. That’s right – it’s a DLC that actually banks on the player not finishing the game. A weird move, for sure. But then, could the DLC for a Yoko Taro joint be anything but weird?

After a bit of narrative preamble, Nier: Automata – 3C3C1D119440927 gets into the brunt of its content. This DLC is essentially a series of arena challenges stretched across three different locales. Each challenge is the difference in what it asks of the player, from stripping the players of abilities to forcing them to play as one of game’s signature orb-faced robots. While, yes, it is a series of fighting challenges, each of these challenges feels distinct enough from each other to not run together. This isn’t just a glorified boss rush, but a series of fun challenges built around putting some truly wacky restrictions on players.

It’s a lot more than just fighting, too. There’s a lot of exposition built around each of the arenas. Areas that players only got to experience a taste of in the main campaign get fleshed out a little more, giving some key insight into each locale’s weird little microcosmic societies. This helps NieR: Automata’s world feel even more nuanced and rich than it already did, which is something that fans will definitely appreciate. I know I did.

But I don’t necessarily want to talk about what story content is here, despite enjoying all the facets of it. Because talking about it would give too much away thanks to the DLC’s scant length. If players are sufficiently levelled up, all the content here can be seen in two to three hours. While what’s here is significant, there’s not a whole lot of it. For the price point, that’s fine as far as I’m concerned. Thirteen bucks for two to three hours of fun challenges and meaty exposition isn’t bad at all. Sure, it’s no Dark Souls DLC, but it’s also preferable to something like a costume pack. Although there are unlockable costumes, and they’re all great.

Nier: Automata – 3C3C1D119440927 is a pretty nice addition to NieR: Automata, and if you liked the base game, you’re going to definitely love what’s on display here. I’ll admit that it’s a little cumbersome to not have actually cleared the game to get the most of it, but at the same time, this is something that I feel is genuinely worth experiencing if Automata’s world, characters, and lore engrossed you the first time around. For those looking to replay it, this offers a nice incentive, and for those going in for the first time, this is a substantial enough companion purchase to consider.

Nier: Automata – 3C3C1D119440927 is a short but sweet addition to what is arguably the year’s finest game, and definitely something fans and newcomers alike will enjoy.