Nights of Azure 2: Bride of the New Moon (PS4) Review – Duels in the Dusk 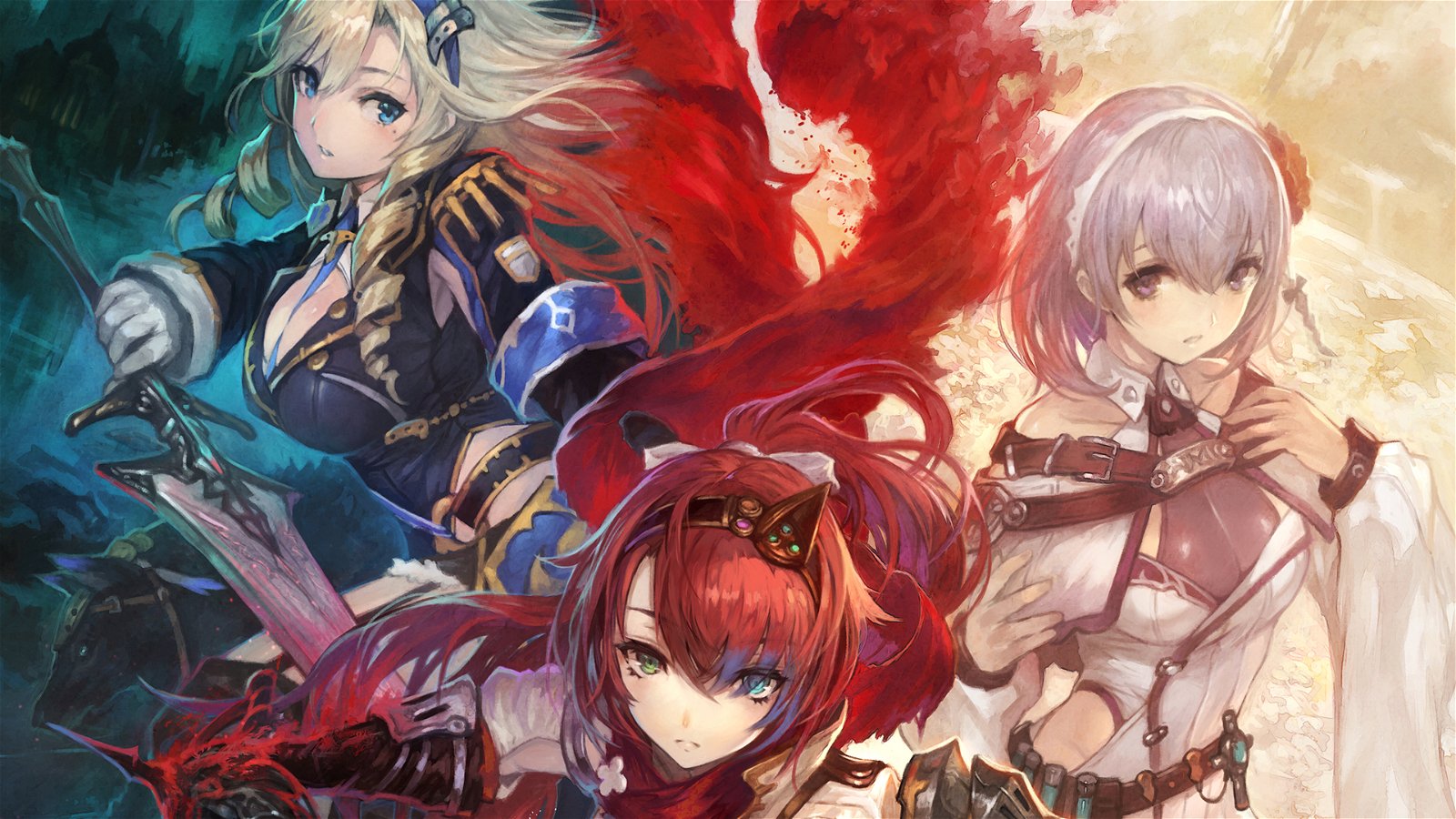 Anime, and the media surrounding it, tends to stick to some very specific tropes that would make absolutely no sense elsewhere. Other genres in media have similar predilections, the common guilt of butlers or that whole hero with a thousand faces thing, but anime really cranks up the crazy in their tropes to a ridiculous degree, and it can be pretty distracting. People can have all varieties of animal features—cat ears being the most common—and no one seems to understand how clothing works at all. Needless to say, I’m not confident that any of the characters in Nights of Azure 2: Bride of the New Moon really know how to dress themselves.

Nights of Azure 2 is combo driven anime action game, with stunning visuals, cool music, and some concerning issues. One of the first things the game tells you is that if you are unfamiliar with action games, you should set the difficulty to easy. When I first saw this warning, I didn’t give it a second thought. I set the difficulty to normal, hoping for a light challenge, and continued through my day, unaware of how I would look back at this time in my life with humour. Crank the difficulty on this sucker, because even normal difficulty is repetitive and simple. Mash buttons until you can mash other buttons, maybe dash once or twice, all will fall before you and your friends.

The visuals here truly are stunning. The whole game is presented in a 3D anime art style, that that’s clearly where most of the work went. Every character is interesting to look at, despite their clothing conundrums, and it’s not just the copious fanservice dripping from every inch of this game. The accompanying soundtrack of rock riffs compliments the look and action of everything pretty well.

Story-wise, Nights of Azure 2 is a mess, and the shoddy localization doesn’t help. In fact, the poor translation seeps in everywhere, occasionally confronting the player with weird, nonsensical sentences and inconsistently explained ideas. There is no English voice acting to be found, so I hope you enjoy reading subtitles because Nights of Azure 2 is all Japanese, all the time.

So, the player plays as Aluche, a knight representing Curia, a religious sect headed up by three figures as the Pope. Aluche escorts and protects Liliana, a childhood friend with some funky time powers, who is proclaimed the bride of time, destined to be sacrificed to the Moon Queen. The pair are quickly ambushed by another old friend from a rival sect, and the aforementioned Moon Queen. Aluche gets stabbed in the heart, Liliana disappears, and the lunar ruler goes about her business trying to put all of humanity to sleep for ever. Aluche is revived as a half-demon, with a fancy new hairdo—red with purple tips!—and learns that demons are plunging the world into eternal night, which is not something people are particularly keen on. Aluche and crew must find Liliana and stop the encroaching darkness under an ever-looming time limit, or all hope is lost.

When not running through zones laying waste to the baddies of the land, our coterie lounges in a lavish hotel—tended to my ornate magical dolls—and do a lot of flirting. This is done in the most clichéd anime way possible, with well-endowed anime girls saying something suggestive, then blushing and calling the other character stupid and running off. You won’t be surprised to know that almost the entire cast is made up of well-endowed anime girls.

This is my biggest problem with Nights of Azure 2, its treatment of women. The constant fan service, ridiculous costumes, even the names of game mechanics go toward turning these characters into objects rather than the powerful women that they should be. Liliana has the power to stop time, but is still merely a damsel to be saved. Other characters are occasionally referred to as partners, but the game prefers to refer to them as lilies, and, just like the flower, are mostly useful as whichever flower the player thinks is prettiest. There is not much difference between lilies, aside from set dressing and player preference. These are issues common within anime in general, but it doesn’t excuse it, especially in this day and age. At times, Nights of Azure feels like a harem anime, a genre that is already problematic enough as it is. It’s important that fans call out these sorts of depictions in media, or else nothing will ever change.

Nights of Azure 2: Bride of the New Moon packs a little bit of gameplay in a very pretty package. The story is insane, the game isn’t challenging, and the themes are concerning, to say the least, just like your favourite anime.

Liked this article and want to read more like it? Check out more reviews by Lane Martain, such as Blood Bowl 2 – Legendary Edition for PC and Kingsway for PC!

While the game is nice to look at and can be fun to play, the technical issues and objectification of its characters keep it from really shining. 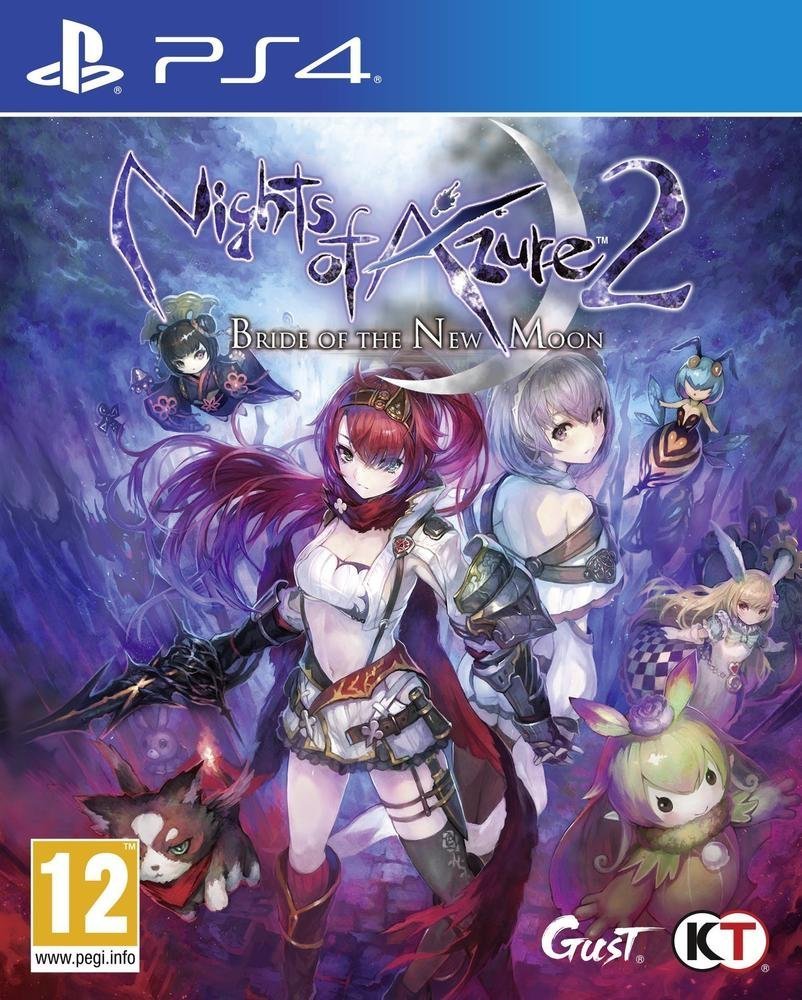